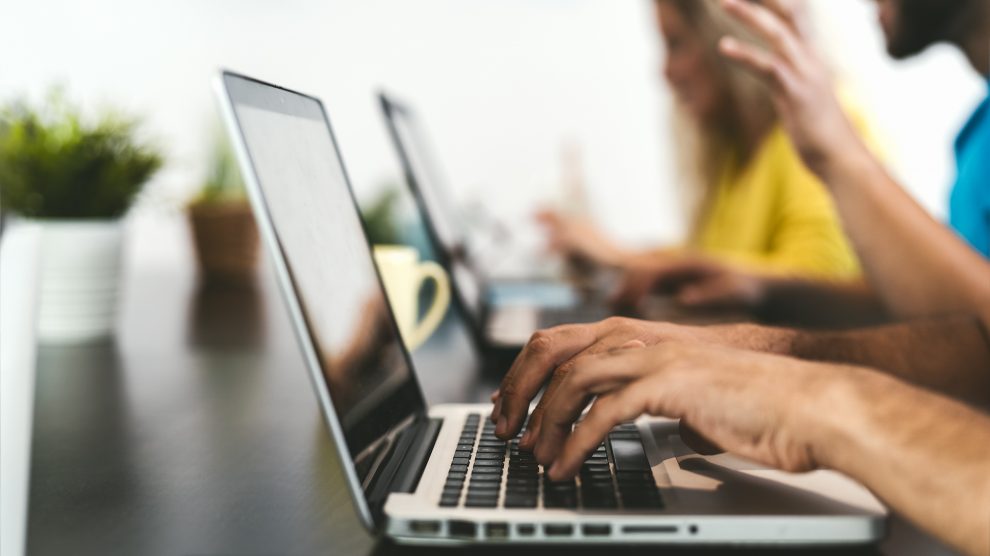 Talent in abundance and cost-effectiveness have long made the countries of Southeast Europe great places to locate a start-up, but many entrepreneurs were put off by the challenge of accessing capital. Increasingly, that is no longer a problem.

Based in the Bulgarian capital Sofia, Dronamics is in many ways a classic Southeast European start-up.

The firm, which designs drone-based systems for fuel-efficient, same-day, cross-border and long-haul cargo deliveries, is innovative, sustainable, and solves a key problem: creating a network that can ship goods by air at the cost of road transport.

Its unmanned aircraft, which it has dubbed Black Swan, can transport 350 kilograms of cargo over 2,500 kilometres at a cost which it says is more than 50 per cent lower than other airplanes.

“The craft can be monitored and managed remotely via satellite, and the entire system costs less than a sports car,” says Svilen Rangelov, co-founder and CEO of Dronamics, which earlier this month made a number of key hires to ramp up its research and development and manufacturing teams.

“The goal of Dronamics is to democratise airfreight and lower the cost of shipping everywhere,” he adds.

Founded in 2014, Dronamics recently raised three million euros in a round led by Eleven Capital, a Bulgarian VC firm, which also includes almost one million euros from SeedBlink, a Romania-based crowd-investing platform that wants to play a key role in the development of the tech ecosystem not just in Central and Eastern Europe, but across the whole of the continent.

The raise followed a listing on the Bulgarian Stock Exchange in December, which raised almost three million euros in an IPO.

The right place for the right start-ups

Dronamics is now valued at around 125 million euros and the firm is proof that for the right start-up with the right idea, a SEE location is no handicap to success, as is FlowX.ai, an enterprise platform that enables banks and financial institutions with complex IT infrastructures to build fast modern digital experiences unbounded from the limitations of their legacy systems

Last year it raised 7.35 million euros in seed funding in one of the largest European seed rounds of 2021. Led by PortfoLion, the round also included Day One Capital and – as with Dronamics – SeedBlink.

The Romanian start-up, founded in 2020, has global ambitions and will use the capital to expand in Europe and the US to meet the surging demand from banking and other financial industry companies worldwide.

“This seed funding, less than a year after starting FlowX.ai, proves that the problem we address is massively painful – legacy infrastructure is holding back enterprises from growing. This financing will support us in extending our offering globally, to giving companies back the freedom to build to more – together with our expanding network of global consulting and system integration partners,” says Ioan Iacob, FlowX.ai CEO, and co-founder.

What both Dronamics and FlowX.ai – as well as many other start-ups from the region, including Hunch, a Serbian MarTech firm focusing on creative intelligence currently raising 3.5 million euros in a round backed by South Central Ventures – demonstrate is that a location in Southeast Europe is increasingly a place where start-ups can be accelerated with smart money.

The region has long been known for its talent, its cost-effectiveness, and now – with platforms such as SeedBlink in place – is also a location where finance is readily available for the right start-ups with the right idea, and which have a global vision.

And it’s that vision which is crucial: the need to think big, to think global, from the very beginning.

Arguably, no single country in SEE is large enough to ensure the sustained growth of any start-up that does not have such global ambitions: the local market, regardless of the sector, is always likely to be too small.

It’s why the “think global from the get-go” mentality is regularly mentioned by leading founders across the region as a must for anyone considering setting out on their start-up journey, and why funding will often be tied to a global vision.

As SeedBlink’s founder Andrei Dudoiu tells Emerging Europe, the crowd-investment platform is itself a start-up, one that is based in Central and Eastern Europe, and one that has global ambitions.

“We already have start-ups from Romania, the UK, Bulgaria, Italy, Estonia, France and Austria on board. Expanding was the most important commitment we made to our own investors when we raised money last June,” he says.

A region punching above its weight

“And it is no longer just about cheap labour,” he says, adding that with costs and “the war for talent” increasing elsewhere in Europe, “I expect to see more companies opting for an SEE location.”

SEE is also likely to benefit from what has been termed the network effect, characteristic of smaller markets punching above their weight by thinking globally.

The network effect creates an ecosystem of talent, expertise, and – with platforms such as SeedBlink now available – finance that start-ups can tap in to, facilitating their growth. Its benefits have been particularly important in the emergence of Estonia – which has a population of just over one million people – becoming a digital powerhouse.

It’s telling that Estonia, along with fellow Baltic state Lithuania, as well as the Polish cities of Warsaw and Kraków and the Czech capital Prague all feature in the latest list of the 100 top emerging tech ecosystems, published late last year by Startup Genome and the Global Entrepreneurship Network.

For the first time, the Romanian capital Bucharest also makes an appearance.

“Entrepreneurs, policymakers, and community leaders in Europe have been working hard to build inclusive innovation ecosystems that are engines of economic growth and job creation for all,” says JF Gauthier, founder and CEO of Startup Genome.

It all points to a bright future for SEE as a prime location for bold start-ups.