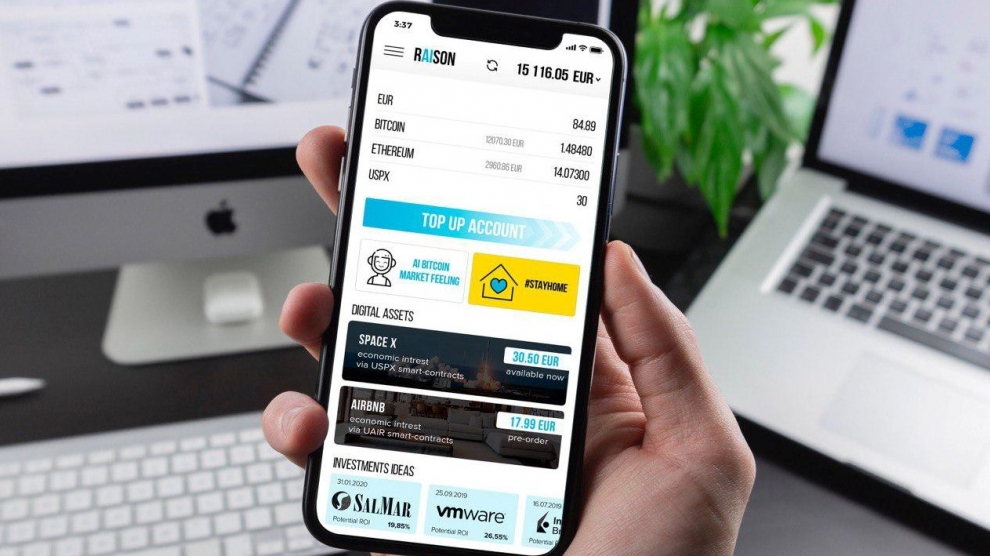 An app that allows users to invest in fractional shares in private companies takes its total funding to one million euros.

Founded in 2017, the company has raised about one million euros so far. Its last round was in 2018, when it issued convertible notes and raised around 700,000 euros.

Raison is an app that lets its users invest in private companies, including big names like SpaceX, Airbnb, and Robinhood, starting from as little as 100 euros. All transactions with Raison are conducted through blockchain technology.

Using SpaceX as an example, Raison users were able to invest into fractional shares of the company represented by digital units where ten units were equal to one share. The trading was conducted on the public Etherium blockchain.

“Our start-up is entering the stage of scaling: we have a unique product, more than 5,000 users — their number is growing by 40 per cent every month — and a clear development strategy. We recently passed a benchmark: we sold our entire stock of SpaceX, the first company in our portfolio,” says Alexander Zaitsev, the founder and CEO of Raison.

The company has developed one of the first legal structures for digitising shares of companies which complies with EU legislation and the company operates under a virtual currency service license. Its structure also includes a regulated fund and an investment management company licensed by the US Securities and Exchange Commission.

According to Mr Zaitsev, by the end of the November the company plans to further expand by launching a secondary market for tokenised shares.

Tokenisation is a process in which a blockchain token is issued that represents an underlying real tradeable asset such as a share. In many ways it is similar to securitisation, only with a high-tech blockchain twist. Some of the benefits of tokenisation include greater liquidity, cheaper transactions, more transparency, and a higher availability that opens up opportunities to a wider audience of potential investors.

This opening up of investment opportunities is exactly the mission of Raison, according to Andrey Berezin, co-founder and CFO of the company.

“Shares of private companies are usually not available to smaller investors: the minimum investment is 200,000 euros. At the same time, private companies grow faster than public ones and bring more income to shareholders. Raison gives an opportunity for everyone to invest in promising businesses,” he explains.

The innovative nature of Raison was also recognised last year when TechCrunch included the start-up in its list of top picks in the fintech sector of TechCrunch Disrupt Berlin 2019.