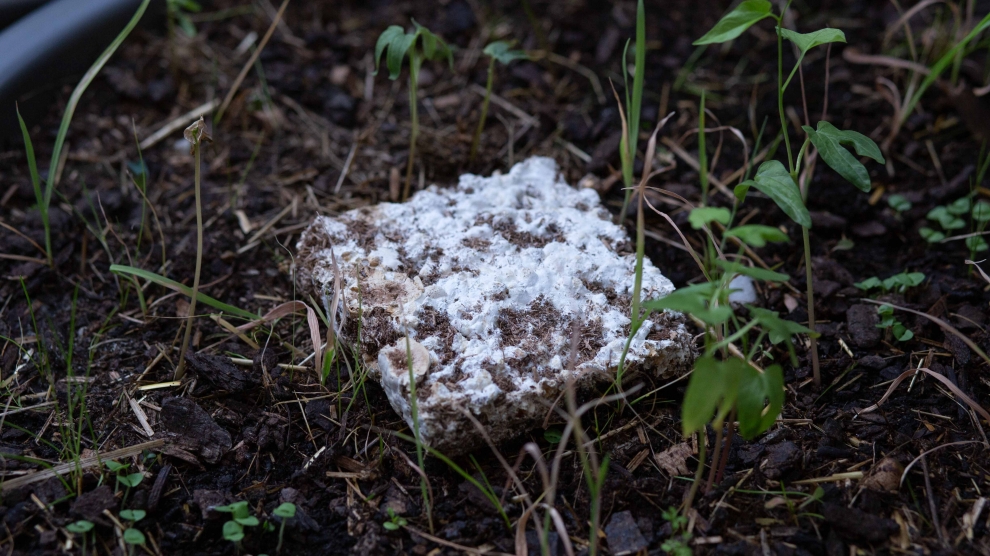 Soma has developed a solution that replaces harmful styrofoam with a natural material based on fungi.

Pollution, CO2 emissions, micro-plastics in the water and in the human body. Serious issues precipitated by a mode of production that for decades has favoured the cheap and the throwaway to the sturdy and long-lasting.

But what if all polystyrene containers and single-use items could be grown instead of manufactured? And if instead of emitting CO2, it could actually be carbon negative?

This is no longer science fiction. It’s possible when fungi are used to make materials, and one Serbian start-up is banking on these microorganisms to solve some of the environmental issues plaguing not just emerging Europe but the entire planet.

Soma Bioworks, a project of the White Lemur company based in Belgrade, has come up with a new material that it is calling Biosporin. The number of use cases seems almost unlimited. The company bills its product as a replacement for polystyrene (known more broadly under the name styrofoam) and Biosporin can be used to replace it pretty much everywhere.

Nikola Stanojević, general manager at White Lemur, tells Emerging Europe that the idea to make a biological replacement for polystyrene sprung from a combination of two entirely unrelated projects.

“White Lemur was offering design solutions for promotional materials, packages, and similar, and we saw a need for green materials – especially those that replace plastics and styrofoam,” he says.

At the same time, the company was producing fungi-based health supplements as part of a different project. It then discovered that one of the byproducts of making the supplement, when treated correctly, can be turned into a material that has much the same properties as expanded polystyrene.

“In short, we are using agricultural waste and a biological organism to create a new biotic material, grow products from it, all completely green and natural, without waste and pollution,” Mr Stanojević tells Emerging Europe. 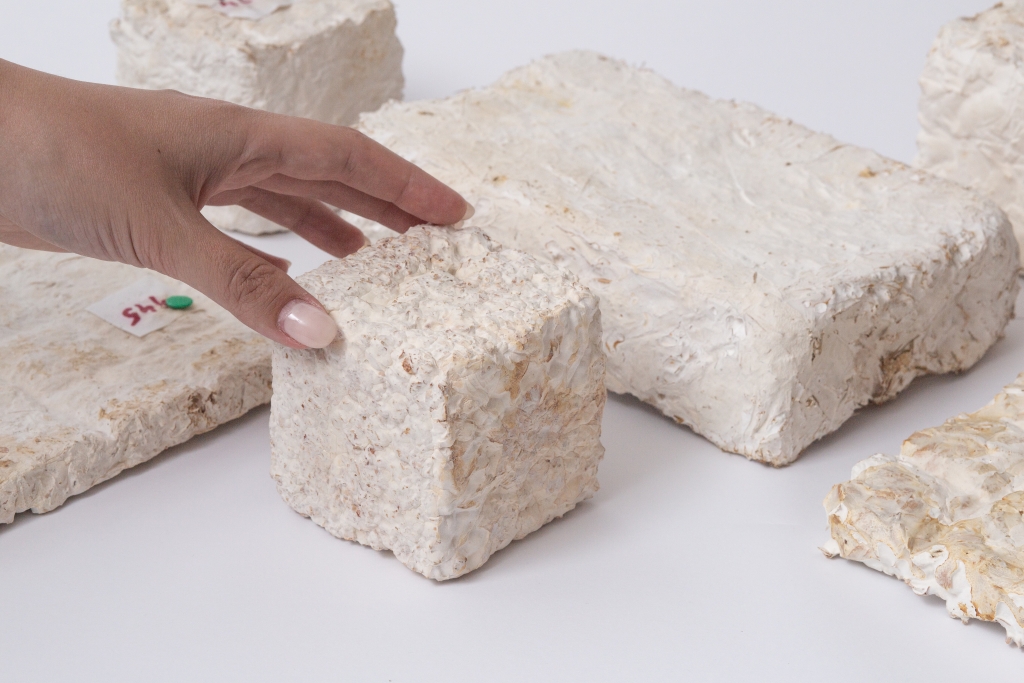 He adds that through treating the product differently it’s possible to control the properties of the final Biosporin product such as hardness, smoothness, and shock absorption. It’s precisely this that enables the biotic material to be used in such a wide range of applications.

“We currently have more than 10 pilot projects where we’re testing the viability of all the possible applications,” Mr Stanojević adds.

But Biosporin isn’t just a replacement. According to Mr Stanojević, in some ways it is even better than polystyrene. Especially when it comes to flammability, a notorious issue with polystyrene. Biosporin on the other hand is classed as an A0 material meaning that it is non-combustible.

Another advantage of biotic materials, including Biosporin, is the potential role they could play in the establishment of a circular economy. Biosporin takes waste and byproducts as an input, grows the material for use in various applications, but is completely biodegradable itself. What’s more, according to tests done by the Agricultural University in Belgrade, as it biodegrades Biosporin can be used as a partial organic fertiliser because it releases salts that can enrich the soil.

From the standpoint of environmental impact, however, the most exciting thing about Biosporin is it’s carbon negative production.

“By commercialising one tonne of Biosporin, pollution is decreased by 9.91 tonnes of CO2, 3.7 tonnes of methane, 150 kilograms of ash and particulates and about 300 kilograms of plastic waste,” Mr Stanojević explains. “What’s more, during production itself, around 0.2 tonnes of CO2 would be absorbed from the atmosphere.”

The circular economy is something White Lemur takes very seriously. The company has been assisted by the Academy of Circular Economy, whose instructors have helped develop the initial idea of what their products could be and realised that single-use polystyrene is one of the largest contributors to micro-plastic pollution.

White Lemur has also received capital from the Republic of Serbia Innovation Fund.

As Mr Stanojević notes, the support of these two bodies was crucial to get the project off the ground.

“It’s always hard to start a new business, especially if it’s innovative, and in Serbia there isn’t a culture of private investors or banks investing in innovative and risky ideas,” he explains. “This type of institutional help is one of the more important tools that can bring innovation to the Serbian market.”

Right now, the company is focused on pilot projects with companies looking for green packaging solutions, along with viability studies for other applications.

“Biosporin is just the beginning for us. We plan to continue with research and development to try and bring sustainability to various industries. We think Serbia is fertile ground for innovations in the circular economy and sustainability – on the one hand because we sorely need it and on the other because there are natural resources going unused,” Mr Stanojević says.

As the company grows, the plan is to take it to the European market, where single-use plastics are set to become a thing of the past by 2021 after a law approved by the European Parliament last year.

“Our material is so far the only one that doesn’t require changes in logistics and production flows, because it has the same technical characteristics as styrofoam,” Mr Stanojević explains.

With pollution and carbon emissions sharply in focus as Europe tries to become carbon-neutral by 2050, projects like Soma show that emerging Europe can be a part of the environmental solution.