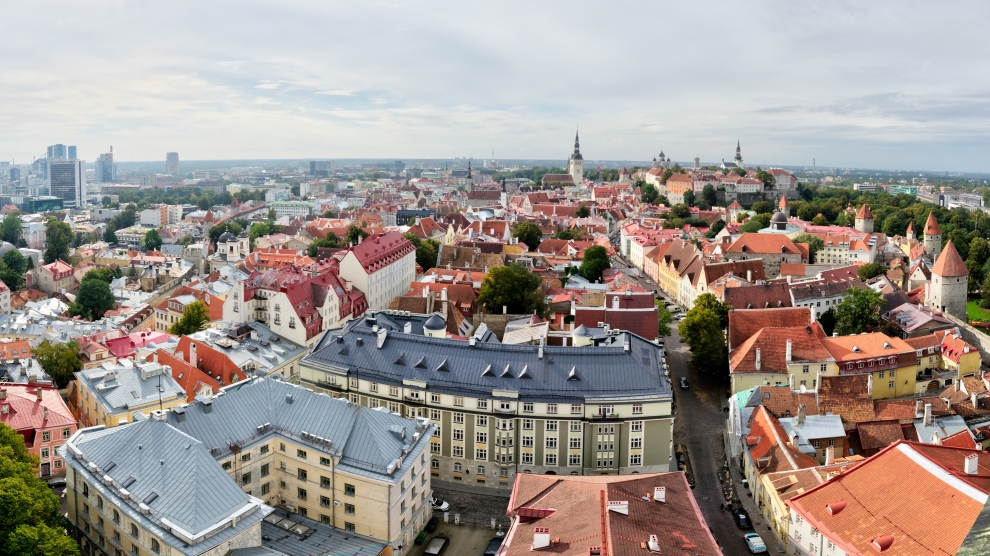 Economic freedom has seen an upturn in a majority of the world’s economies over the past year, with increases registered in 124 countries, the latest edition of the Index of Economic Freedom, an annual ranking published by the Heritage Foundation, has found.

According to the influential Washington-based, conservative think tank which measures economic freedom in 12 subcategories within four indicators (rule of law, government size, regulatory efficiency and open markets), the global average economic freedom score of 61.6 (out of 100 points) is the highest ever recorded, representing a 0.8 point gain that translates into a 1.3 per cent increase in worldwide economic freedom from 2019 to 2020.

In emerging Europe, 22 of the region’s 23 countries have made progress over the past year. This is in stark comparison with the 2019 edition of the report in which only 13 emerging European nations improved their scores. Given that only two countries from the region scored below the global average, the picture for emerging Europe is generally promising compared with last year’s report.

The global ranking, which examined 180 economies around the world, is headed by Singapore, Hong Kong, New Zealand, Australia, Switzerland and Ireland, the prestigious group of “free economies”, that is, those scoring between 80 and 100 points.

Climbing up five spots compared with last year, Estonia was ranked 10th globally and is the first in emerging Europe in terms of economic freedom with an overall score of 77.1, scoring 0.5 points higher than in the report’s previous edition. The Baltic country is the fifth best performer in Europe with an overall score well above the regional average.

“Business freedom is robust amid a transparent regulatory framework that is relatively free of government favouritism,” the report reads about Estonia, adding that isolated cases of public-sector corruption are investigated and punished, while in general, government policies do not interfere significantly with foreign investment.

“What holds Estonia back from reaching the topmost ranks of the economically free are high levels of government spending and lingering rigidities in labour regulations that impede growth in productivity,” Heritage finds.

Second in emerging Europe, Georgia’s economic freedom score is also 77.1, making its economy the 12th freest in the world with an increase of 1.2 points.

“Multi-year reforms to reduce corruption, cut regulation, and simplify taxes have led to upward movement in all aspects of economic freedom,” experts at Heritage highlight, noting that a top 10 ranking “will require even more intensive efforts to improve perceptions of government integrity and judicial effectiveness.”

Ranked 16th globally and third in the region, Lithuania’s score of 76.7 increased by 2.5 points. The country is seen as one of the most robust among the eurozone economies with government policies that are “in many ways among the best” in the European bloc. For Vilnius to enter the ranks of the economically free, Heritage experts say that its government will need to broaden cultural intolerance towards all forms of corruption, improve the efficiency and targeting of government spending, and improve labour productivity.

Scoring higher than Malaysia, South Korea, Germany, Norway, Austria and Japan, Czechia was ranked 23rd with a score of 74.8, 1.1 points higher than in the index’s previous edition.

“While there is diversity within every region, certain patterns have emerged, pointing to the relative importance of various factors in holding back or promoting economic freedom in each region. Concerning the emerging Europe countries, the overall trend toward greater economic freedom and openness is positive and upward, although there are some progress discrepancies among the sub-regions and within them,” Anthony Kim, research manager and editor of the Index of Economic Freedom at Heritage tells Emerging Europe.

According to him, the Baltic countries “have been unmistakably leading the positive trend in terms of continuing various reform efforts to further modernize and upgrade their economic systems across all the four pillars of economic freedom – the rule of law, regulatory efficiency, market openness, and limited government.”

“Multi-year reforms, whether cutting regulation, simplifying taxes, and pursuing greater market openness, have led to their upward movement in key aspects of economic freedom, particularly in countries like Georgia, Czechia, and again the Baltic countries,” he says.

Seen as among this year’s most notable performers, analysts at Heritage highlight that Slovenia, Slovakia and Hungary improved their scores “primarily because of higher scores on government integrity as they continue to shed the toxic legacy of communism,” while the biggest threat to their economic freedom is excessive government spending.

Mr Kim explains that key Central and Eastern European countries, the Balkans and the Caucasus are paying the same degree of attention to the importance of economic freedom and competitiveness as the Baltic nations, “albeit facing still challenging internal and external circumstances.”

However, he believes it is notable that most of the emerging Europe countries fall into the economic freedom category of “moderately free”, giving hope for further improvements in coming years.

Despite advancing 13 spots with an increase of 2.6 points in its score, Ukraine is still the lowest performer in the region and the country in emerging Europe named “a mostly unfree” economy.

Mr Kim highlights that overall progress has lagged on many much-needed but contentious structural and institutional reforms.

“Advancing the rule of law, regulatory efficiency, and market openness to generate greater economic dynamism will go a long way toward securing Ukraine’s future,” he continues, adding that the recent shakeup of the cabinet earlier this month and the policy making circle will certainly affect progress whilst warning that “stronger political determination that can put together a specific reform roadmap is critical more than ever, among other things.”

Czech start-ups play their part in fight against Covid-19

CEE needs to upskill its workers. Now may be the perfect time to do so
Kosovo’s new government begins pivot away from coal
Comment