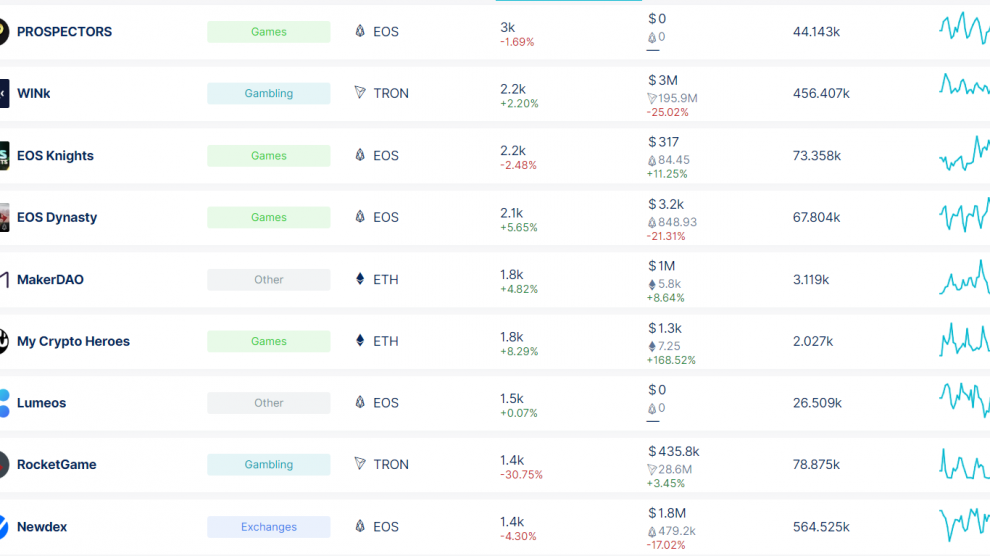 Lithuanian start-up DappRadar, a leading global platform for discovering and analysing decentralised applications (dapps), has raised 2.1 million euros in seed funding in an investment round led by Naspers.

Blockchain.com Ventures and Angel Invest Berlin have also invested in the start-up.

DappRadar will use the investment primarily for research and development, creating new functionality to help the business expand its service and reach the next stage in its growth.

DappRadar tracks over 2,500 dapps across seven blockchains, including Ethereum, EOS and TRON, with plans to expand to others, filtering data to remove fake and irrelevant activity and provide trustworthy, actionable market intelligence.

“In the short time since we founded DappRadar, we’ve seen the technology mature quickly and its commercial prospects are clearer,” said Skirmantas Januskas, DappRadar’s CEO and co-founder.

“With Naspers Ventures’ international consumer expertise and Blockchain.com’s industry knowledge, we are in an excellent position to harness this momentum to expand our business further.”

“Naspers Ventures’ strategy is to invest in companies and sectors with high, long-term growth potential. Blockchain is beginning to disrupt and revolutionise a number of key industries and DappRadar has succeeded in creating a strong commercial brand and product in the space. We are excited for our partnership and the opportunity that lies ahead for the company,” said Banafsheh Fathieh, principal and early stage investment lead at Naspers Ventures.