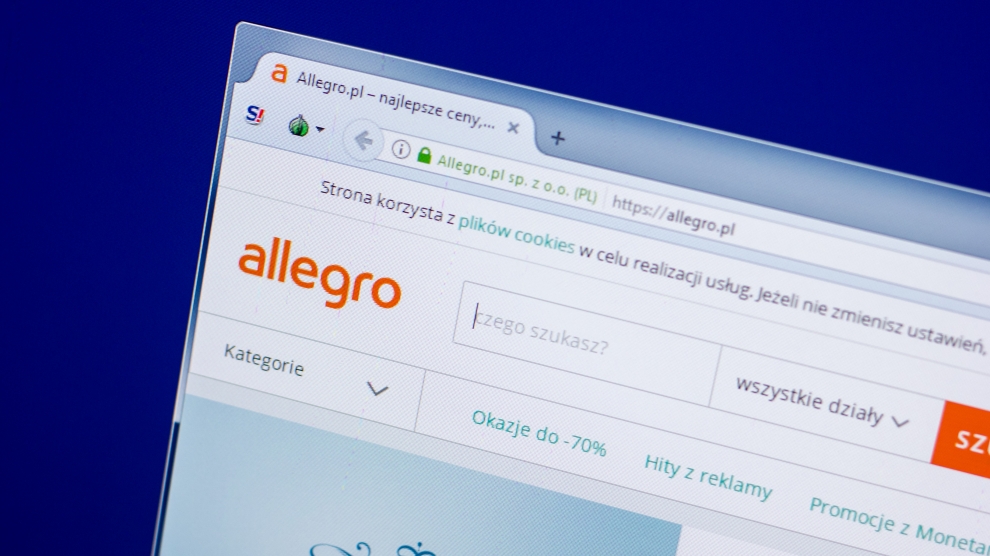 October 12 was a good day for Polish e-commerce platform Allegro. Not only was its initial public offering (IPO) on the Warsaw Stock Exchange the most successful in the bourse’s history, the firm immediately became Poland’s biggest listed company.

Shares in Allegro began trading at 65 złoty (14.49 euros), comfortably passing the 43 złoty IPO price. The price climbed even higher by the end of trading, and currently stands at around 76.94 złoty (17.6 euros).

Demand from individual investors far exceeded Allegro’s available shares. The 9.2 million shares available raised 400 million złoty (89 million euros), but the total demand for shares was 2.65 billion złoty (around 590 million euro). This resulted in an oversubscription of nearly 85 per cent, meaning that investors who sought 1,000 Allegro shares ended up with just 151. So high was demand that the exchange delayed Allegro’s opening by 15 minutes to ensure that its systems could cope.

“The IPO seems to be a natural step for such a popular and recognisable brand as Allegro undoubtedly is,” says Francois Nuyts, the firm’s CEO. “Today, 12.3 million Poles use our services and 117,000 small and medium-sized companies sell on our platform. As part of the public offering, we plan to issue new issue shares and the funds raised will provide us with greater financial flexibility.”

As with most other e-commerce platforms, Allegro has benefited from an uptick in investor demand for companies that stand to make money from the switch from brick-and-mortar retail to online shopping, a trend accelerated by the Covid-19 pandemic.

The IPO gives Allegro a free float (also known as a public float, the number of shares that can be freely bought and sold without restriction) of 21 per cent, but should underwriting banks decide to exercise the “over-allotment option” to sell additional shares which would come from the three private equity groups that own the majority of Allegro’s shares, the free float would rise to 24 per cent.

Founded in Poznan in 1999, Allegro was bought by the three private equity groups — Cinven, Permira, and Mid Europa Partners – from South Africa’s Naspers in 2016.

Some of they money raised in the IPO will be used by Allegro to pay off debts, but Allegro CEO Nuyts dismissed suggestions that the financial stability of the company was predicated on the flotation, pointing out the company has “excellent relations” with current investors who remain shareholders and who have “always supported our development and innovative projects.”

The Allegro IPO is not just good news for the e-commerce platform and its shareholders, but also for the Warsaw Stock Exchange itself, the largest in the region and increasingly viewed as a viable way for firms from across Central and Eastern Europe to raise capital.

How empowering women could boost CEE economy by 146 billion euros

Taking gaming seriously has paid off for Poland
eHTA: A must for any healthtech start-up
Comment