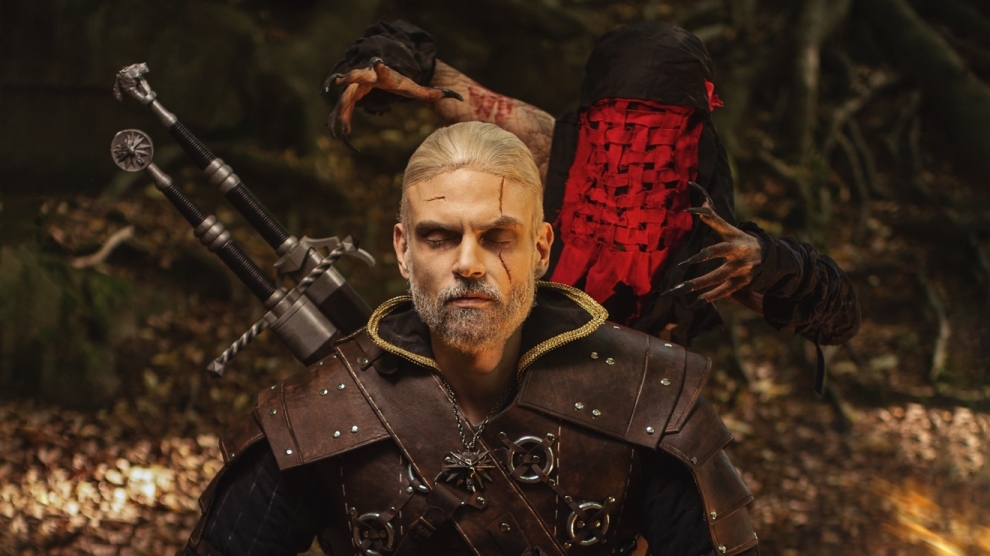 The video game market is booming in emerging Europe, with highly skilled programmers and creatives leading the way in this youngest of art mediums. What’s more, the games being developed in the region are not only popular around the world – and the recipients of much critical acclaim – they are also financially successful.

Poland is leading the way. According to a recent report from the Polish Agency for Enterprise Development, the Polish video game market is now worth some 470 million euros, the home of gaming giants such as CD Projekt, PlayWay, 11 bit studios, and Ten Square Games.

In all, Poland can boast around 440 game development studios, making everything from the so-called AAA games (an industry term to denote the games with the highest budgets) to indie efforts and smaller games played on mobile phones.

These studios employ nearly 10,000 people and release almost 500 new games annually: numbers that even just a couple of years ago would have been unthinkable.

A major boon for the gaming industry in any country is the inherently global nature of the market. Over 96 per cent of Poland’s games are exported, meaning that most revenue in the industry comes from abroad.

The best-known games to originate from Poland include the massively successful The Witcher series, based on the high fantasy works of Andrzej Sapkowski, and indie game This War of Mine.

The Witcher series, arguably the crown jewel of the Polish video game industry, had sold a staggering 40 million copies by the end of 2019, more than half of which are accounted for by the latest game in the series, The Witcher III: Wild Hunt. As an added bonus, the game series has popularised the works of Sapkowski, so much so that Netflix turned The Witcher into a TV show starring Henry Cavil.

CD Project’s next slated release, Cyberpunk 2077, has already generated massive buzz and is expected to sell extremely well when it finally drops in November.

But how did Poland get to lead the way in interactive entertainment in Central and Eastern Europe? The stock market is one reason. The Warsaw Stock Exchange (WSE) now takes video games and the video game market so seriously that a special index for games companies has been established, called WIG.Games.

There are currently 49 games companies listed on the WSE, making it the world’s leading stock exchange for developers.

Another advantage the Polish gaming industry has is the high level of mathematics present in the school curricula, which in turn leads to a high number of very skilled programmers. And universities in the country are driving the gaming industry too — higher education institutions in Poland now offer more than 60 degree courses related to making games.

“Poland has always been strong in college and university STEM education. We’re also a very creative nation, which is proud of our arts heritage and individualism,” says Jan Jujeczka of Ten Square Games, a games company specialising in the mobile market. “The gaming industry is great in bringing all these together and creating a business model.”

Taken together, it’s these factors that have made Poland a leader in the industry not just in the emerging Europe region but the world. And as the WSE points out, the gaming industry has now become a subject of national pride in Poland.

“The successes of gaming companies are treated on a par with those of sports teams and enjoy similar media and public interest,” a spokesperson from the WSE tells Emerging Europe.

A testament to the fact Poland takes video games seriously is the inclusion of This War of Mine, a game using survival and resource gathering mechanics to show the human cost of war, in the recommended reading lists for schools this year, a world first.

“On a national level a game has been recognised as a work of culture that can be as influential for youths as a book. I think this is a milestone for all game creators, because it is an important step in perception. It’s a change of paradigm,” says Dariusz Wolak, investor relations manager at 11 bit studios, the makers of This War of Mine.

In addition to noted successes in the AAA space, well-received indies, and a booming mobile market, Poland also has an internationally popular and widely-used digital distribution service – Good Old Games, or GOG for short. GOG is how CD Projekt got its start, by selling old video games adjusted and modified to run on modern hardware. Today, the service sells new games too, and in 2018 generated more than 28 million euros in revenue.

The mobile sector is especially dynamic in Poland, as it is around the world. Mobile games, while perceived by many as little more than time wasters, are actually a lucrative business, where short development cycles combined with sophisticated user acquisition and monetisation strategies mean big profits for those who can come up with the right mix.

Ten Square Games is one of those companies, whose hobby-based (fishing, hunting, gardening) mobile efforts, allied with ad-based and micropayment monetisation strategies have made it the second most valuable games company on the WSE, with a valuation of 887 million euros.

And the mobile sector is set to grow even more, according to industry insiders and analysts.

“With new technologies on the way, including 5G and VR, the prominence of the mobile games market will only grow in comparison with other gaming sectors and, indeed, the entire entertainment industry,” says Mr Jujeczka.

Taken together, all these indicators speak of a maturing video game market. The Polish game industry is not a big fish in a small pond, it’s a big player on the world gaming stage. But there’s a still a way to go before Poland reached the level of truly mature markets such as the UK, France, and Japan.

“The industry in those countries has a way better base established, and by base I mean education not only in the field of programming, but most importantly, game design and narrative design. Furthermore, the base is supported by a system of tax relief oriented towards supporting innovative industries like gaming, or tax relief for companies representing creators of culture,” Mr Wolak explains. “Organic growth is nice but we need support on many levels to support the growth [of the games industry].”

Poland, however, is far from the only emerging Europe country that’s making a name for itself in the video game industry. Last year, Estonia’s ZA/UM development team wowed critics and swept award shows with its unique take on roleplaying games, Disco Elysium.

Belarus too, is a country on the gaming map. Wargaming, the makers of the massively popular competitive online game World of Tanks hails from Minsk. World of Tanks – which has around 150 million players worldwide – is so popular that it has made Wargaming’s founder and CEO, Victor Kislyi, a billionaire. The company itself is also reportedly worth around 1.5 billion US dollars.

The video games industry is also developing in Serbia. A recent report from by the Serbian Games Association (SGA), an NGO focused on developing the Serbian games industry, shows that the average investment gaming companies received in 2018 was 199,000 euros. The segment employs more than 1,000 people, of which a third are women.

“The Serbian games industry is going through an expansion phase,” says Nikola Čavić, the president of the SGA. “Just within SGA we already have over 70 companies. We have companies that are trying to become successful and get the financial stability to scale up and develop a games portfolio.”

He says that Serbia does have the talent and the ideas, but capital is lacking. This is one reason why Serbia has not had the same mainstream and AAA success that titles coming from Poland have enjoyed.

“Even companies that manage to develop a game without investment are forced to look for foreign partners to publish the game globally,” Mr Čavić explains, noting also the lack of a publishing know-how in the country.

But this could be set to change soon as Scorn, an upcoming first person shooter developed by Belgrade’s Ebb Software, was revealed to be a PC and Xbox exclusive release during the Inside Xbox livestream this May. This marks the first occasion that a game developed in Serbia has been shown off on such a large international stage. And by none other than Microsoft.

“We are well positioned in terms of art and programming talent and we can attract global industry leaders to come to Serbia through acquiring or opening up new studios and bring their capital and know-how that way,” Mr Čavić says.

Mobile gaming also offers smaller developers an opportunity. The mobile space already accounts for 60 per cent of the games industry’s global revenue, but since development costs are much lower compared to PC and console releases, the sector is a good way for small studios to enter the market.

This proved true in the case of AI Interactive, a two-person development team from Bosnia and Herzegovina, whose The Enchanted World, a fairytale themed puzzle game, was selected last year by Apple to be included as part of the launch of the Apple Arcade subscription service.

“To be part of Apple Arcade is the best thing that could have happened to our game,” says Ivan Ramadan of AI Interactive.

But while Serbia and Croatia (where longtime game makers Croteam have just released Serious Sam 4, a long expected continuation of their seminal action series) are in the expansion stage of their gaming industries, Bosnia and Herzegovina’s is significantly lagging behind.

“We had the opportunity to speak to officials in Sarajevo on this subject [the video game industry] and the conclusion is that [development] would have to be a long process and require a lot of effort to achieve something,” Mr Ramadan says. “Education would have to be a priority, training a competent workforce and then slowly supporting companies and letting them know that video games are a serious industry worth investing in.”

Serious seems to be the operative word when talking about video games in emerging Europe. Those countries that have taken the industry seriously are now reaping benefits that aren’t just financial. With every video game sold abroad, Poland is also exporting its culture and history and making Polish art and media more popular worldwide.