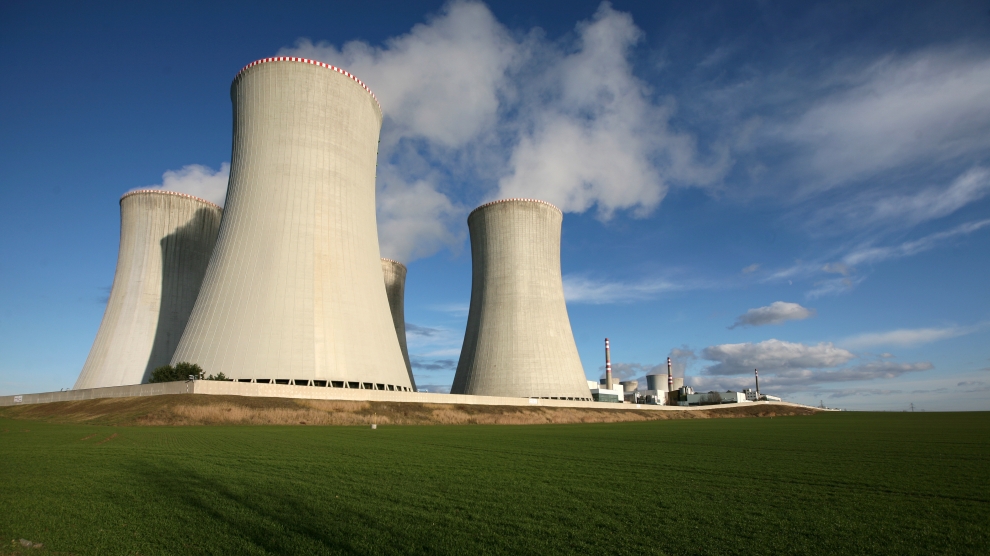 The minister said Poland would invest 150 billion zloty (33.7 billion euros) in nuclear energy, with the first reactor coming on line in 2033. The country was one of few states in emerging Europe which did not have any nuclear reactors when communist rule ended in 1989. Although construction of a nuclear plant at Żarnowiec was begun in the early 1980s, it was abandoned in 1990.

“The [energy] transition encompasses many sectors, but it is energy that plays a particularly important role in the fight against climate change. Poland’s new energy policy for 2040 takes this into account in its assumptions, on an equal footing with the need to ensure energy security, a just transition, reconstruction after the coronavirus pandemic, a stable labour market, sustainable development of the economy and strengthening its competitiveness,” said Mr Kurtyka.

The minister also confirmed that Poland is in talks with the Japanese Atomic Energy Agency on building a high-temperature gas-cooled research reactor. “We see this technology to be extremely promising and we would like a research reactor to be built in Poland in an international cooperation and we still see a high temperature reactor also as part of the solution to hydrogen production,” he said.

“We see that the production of hydrogen can also be done with nuclear and we see that a hydrogen economy can play an important role in the coming years, especially here in the European Union, and we are working hand-in-hand with other European countries as well as with the European Commission to build a hydrogen sector with industry and partners in Poland.”

Home to some of the most polluted cities in Europe, Poland has over the past 12 months concluded that it must speed up its exit from coal, not least as the industry is becoming less and less efficient. Large amounts of coal are having to be imported, from places as diverse as Mozambique, Colombia, Australia but also Russia. The imported coal is cheaper than that which is domestically extracted. This in turn makes the domestic coal industry even less profitable and efficient, which has led to some mines closing and Polish coal piling up unused.

The first sign of a possible shift in Poland’s policy came last November when the country’s prime minister, Mateusz Morawiecki, created a new climate ministry and installed as its head not a member of his own pro-coal party but Mr Kurtyka, a technocrat, and the former president of the United Nation’s COP24 climate talks.

In May, two state-run Polish utility companies, Enea and Energa, said that they were ending their involvement in the construction of a new coal-fired power plant after PKN Orlen – Energa’s main shareholder – said it longer wanted to be part of the project in its current form. PKN Orlen had come to believe that the project would only be feasible if pursued as a gas plant. The company has since committed to investing 25 billion zloty in green energy projects that will help it become climate neutral by 2050.

Environmental activists at Greenpeace have dismissed Mr Kurtyka’s plans however as “dangerous fantasies rather than an energy strategy”, and pointed out that, unlike most other EU states, Poland had still not set out when it would completely end its use of coal.

“People might see this strategy as progressive in light of previous comments [by ministers] about coal remaining the basis the energy system towards 2060,” said Joanna Flisowska, head of the group’s climate and energy unit.

Poland is the only European Union country that has not signed the bloc’s declaration pledging to achieve climate neutrality by 2050.