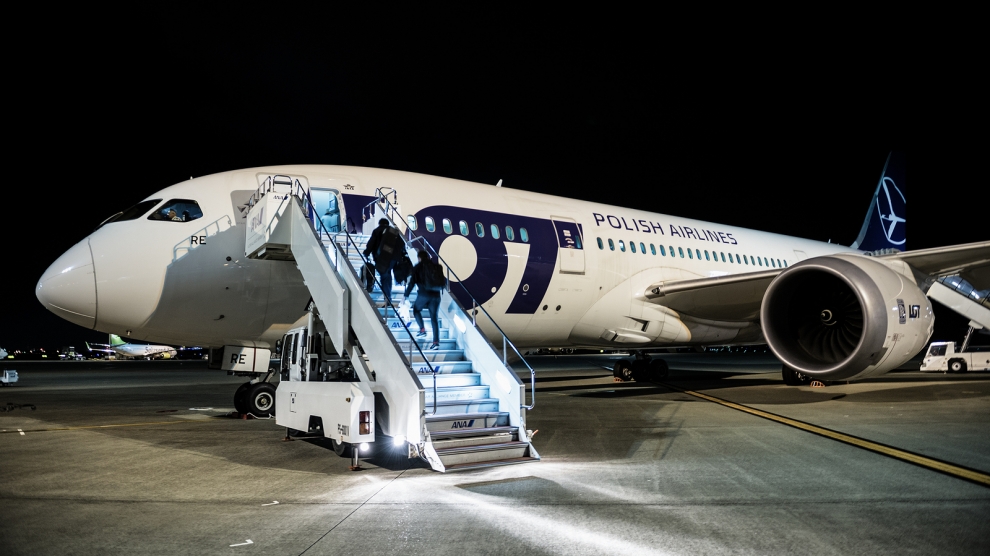 The Polish government has announced the creation of the Polish Aviation Group (PGL), which it hopes will strengthen the country’s position in the aviation sector.

“Thanks to the integration of these leading aviation companies into PGL, each passenger will be in the hands of one capital group and not several companies that do not share common goals and a common development strategy,” said Rafal Milczarski, CEO of LOT Polish Airlines.

As part of the strategy, PGL will operate under one integrated structure and common management centre. In addition the strategy also calls for the construction of a new mega-hub airport in Warsaw, which would have four runways and a capacity to accommodate 100 million passengers annually, approximately five times the capacity of Warsaw’s Chopin airport.

The establishment of PGL is the reverse of the divestment policy initiated by LOT less than a decade ago when it sold LOTAMS, its ground handling services subsidiary LOT Services, and LOT Catering to other state-owned companies. However, PGL have affirmed that all group members will retain their identity and capital separation.

“All entities of the group will retain their identity [and] capital separation,” said PGL representatives.

Whilst the process and establishment of PGL began in January 2018, the group had to wait for the approval of Poland’s Office of Competition and Consumer Protection (UOKiK), approving PGL’s takeover of LOT, LOTAMS and LSAS and LST only in August 2018.

Aside from the strategy of developing a mega-hub, other planned investments include a new maintenance, repair and operations (MRO) facility, located in the Rzeszów-Jasionka Port.

The group sees the new structure as another step towards the consolidation of the Central and Eastern Europe (CEE) market.

“Consolidation, combined with growing passenger demand, will require effective business management across all segments of the industry,” explains Mr Milczarski

Mr Milczarski adds that the establishment of PGL should stimulate the development of the aviation sector both in Poland and CEE.

The International Air Transport Association (IATA), the trade association for the world’s airlines, reports an increase in the number of passengers as well as the frequency that people fly. According to their forecasts, the European market will grow by 2.3 per cent by 2036, and the total market will account for 1.5 billion passengers.

“In 2000, the average citizen flew just once every 43 months. In 2017, the figure was once every 22 months. Flying has never been more accessible. And this is liberating people to explore more of our planet for work, leisure and education. Aviation is the business of freedom,” said Alexandre de Juniac, IATA’s director general and CEO.

In November 2017, the Polish government approved a plan to build a new central airport, allocating as much as 35 billion zloty by 2027. The new airport, which will likely be in central Poland between Warsaw and Łódź, will be able to serve as many as 100 million passengers per year.