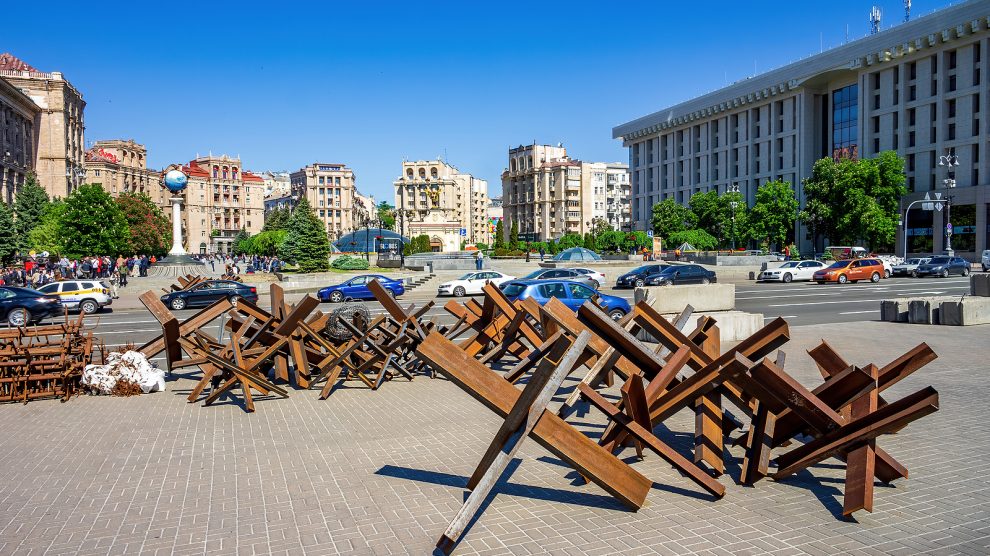 Ukraine’s economy fell 37 per cent in the second quarter of this year, following a 15 per cent in the first quarter. Economists believe that it is now time to reassess the country’s macroeconomic policy.

With Ukraine facing the prospect of a prolonged war, despite recent success on the battlefield, there is a growing need to reassess the country’s macroeconomic strategy to ensure its long-term economic stability and survival.

Ukraine’s economy fell 37 per cent in the second quarter of this year, following a 15 per cent in the first quarter, according to the country’s national statistics office which published its latest data on September 8.

The Ukrainian Economy Ministry believes that economic contraction for the year could be 33 per cent. Most international finance institutions, including the World Bank, have projected even large contractions, up to 45 per cent.

A recent report from the Centre for Economic Policy Research, a network of economic policy researchers based at institutions throughout Europe and beyond, suggests that the current policy mix, which relies heavily on running down foreign reserves, tax suspension, and other temporary measures, is increasingly untenable.

It could result in a major economic crisis that would cripple Ukraine’s ability to sustain its war effort over an extended period.

The report outlines key macroeconomic policies to realign the economy towards a more sustainable trajectory, capable of withstanding the pressures of a drawn-out conflict. This, the 10 authors – including Sergei Guriev, former chief economist at the European Bank for Reconstruction and Development (EBRD) – claim, requires prudence and caution in public finances, a durable nominal anchor, a resilient financial system, careful management of external balances, and flexibility and efficiency in the allocation of scarce resources.

First, the Ukrainian government must mobilise more resources to improve its fiscal position (the fiscal deficit is running at around five billion US dollars per month) to fund military expenditures and maintain basic public services.

The aim should be to increase the collection of tax revenues and for remaining shortfalls to be financed primarily through nonmonetary means: preferably through external aid, but if not, through domestic debt issuance, with much less reliance on printing money. Controlling and raising the effectiveness of nonmilitary spending will be critical for keeping public finances sustainable.

“Ideally, this would be accompanied by a substantial increase in foreign economic aid, which remains insufficient,” the report says.

Second, there is an urgent need for a durable nominal anchor to facilitate low inflation. Heavy reliance on printing money to finance government deficits has been unavoidable in the first months of the war but if the current reliance on money finance is sustained, inflation, already over 20 per cent, could drift much higher.

Policies should aim to enhance national savings rather than rely on monetary financing from the central bank. In coordination with fiscal authorities, the central bank should implement a flexible framework to support macroeconomic stability. A managed float of the exchange rate is consistent with this goal.

Ukraine’s central bank, which this week kept its benchmark interest rate at 25 per cent, said any prospect of recovery depends on “when the active phase of the war ends”.

Third, external imbalances should be addressed through a combination of strict capital outflow controls, restrictions on imports, and some flexibility in the exchange rate to avoid jeopardising internal macroeconomic stability in the face of huge fiscal needs. A comprehensive standstill on external debt payments is essential.

Finally, the report says, there is a need for more market-based allocation mechanisms to ensure cost-effective solutions that do not overburden the state capacity, exacerbate existing problems (such as corruption), or encourage (untaxed) black market activities. The war has caused a massive reallocation shock and the released resources must be employed elsewhere. Policies should pursue extensive deregulation of economic activity, avoid price controls, and facilitate matching of labour and capital.

It is part of a drive to attract foreign investment of up to 400 billion US dollars.

“We are grateful to our western partners for international financial aid,” Sviridenko said in an interview with the Financial Times. “We are not asking for humanitarian aid. We are asking for investment that can provide a growth opportunity for Ukraine. We understand it as blood for the Ukrainian economy.”

Made in emerging Europe: Lande, DoxyChain
Key players in CEE are increasingly aware of the potential of SMRs, but they are not a quick fix
Comment