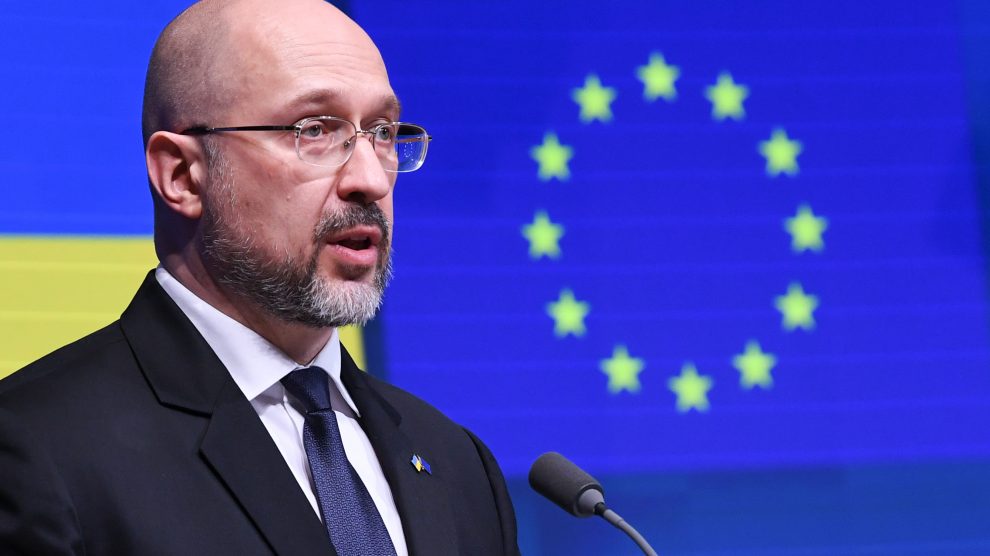 The European Commission on September 5 signed an agreement to associate Ukraine to the Digital Europe Programme, which will allow Ukrainian businesses, organisations, and public administrations to access calls from the programme, which has an overall budget of 7.5 billion euros for the period from 2021-2027.

In particular, Ukraine will be able to apply for funding and support for projects in key capacity areas: supercomputing, artificial intelligence (AI), advanced digital skills, and ensuring a wide use of digital technologies across the economy and society, including through digital innovation hubs.

Moreover, Ukraine’s contribution to the programme has been waived for the current year.

The agreement is recognition of Ukraine’s EU perspective and of its innovative use of technology since Russia invaded the country on February 24.

According to Margrethe Vestager, the Commission’s vice-president for a Europe Fit for the Digital Age, Ukraine has shown remarkable resilience and technological prowess in dealing with Russia’s invasion, including in the digital space.

“With this agreement, the EU and Ukraine will benefit from each other’s know-how and expand our digital capacities,” she said.

Thierry Breton, commissioner for the Internal Market, added that the agreement will be instrumental in bringing Ukrainian businesses, researchers and public authorities closer to the EU in terms of building common digital infrastructures, as well as fostering digital transformation for the benefit of our people.

“It will also reinforce our mutual digital capabilities and mitigate disruptions brought by the Russian aggression.”

The EU and Ukraine also signed two agreements which pave the way for Ukraine’s participation in the EU’s Customs and Fiscalis programmes.

Fiscalis is the EU’s programme for cooperation in the field of taxation. Amongst other things, it allows tax administrations to work together in fighting tax fraud, evasion and aggressive tax planning.

These conventions enable goods to move more easily between the EU and the Common Transit Countries (Norway, Iceland, Switzerland, North Macedonia, Serbia, Turkey and the UK).

Simplified rules, such as mutually recognised financial guarantees and less controls, help to cut down on costs for EU and partner country businesses, while facilitating and boosting trade.

As such, Ukraine’s participation in these conventions will facilitate trade between Ukraine and EU member states, as well as other common transit countries.

The agreements were made during a meeting of the EU-Ukraine Association Council, where Ukraine’s Prime Minister Denys Shmyhal said that he was confident Kyiv can meet the requirements necessary for the country to start official EU membership talks early next year.

“Ukrainian society is absolutely united,” he said. “We’re ready to move quickly, and we’re showing it in practical terms.”

The meeting also agreed to explore Ukraine’s participation in the EU’s free-roaming zone.

Once adopted, people traveling from Ukraine to the EU and EU travelers in Ukraine will be able to make phone calls, send text messages, or use mobile data without extra charges.

“We are now exploring sound options for associating Ukraine fully in our roaming area to enjoy the same lowered tariffs between Ukraine and the EU,” said EU Commissioner for Enlargement Oliver Varhelyi.

He added that if Ukraine’s telecommunications market integrates into the EU’s, it will be of benefit “not only for markets but for people to be able to maintain contact.”

For Josep Borrell, the EU’s foreign policy and security chief, the positive outcome of the Association Council meeting is further evidence that Russian President Vladimir Putin’s intention to “colonise, destroy Ukraine” has ended up “instead in pushing it closer to Europe”.

He reassured Ukraine of the bloc’s help “whatever threat, whatever blackmail Russia puts on us.”

“We will provide support politically, financially, monetarily, and militarily as long as it takes and as much as needed,” Borrell said.