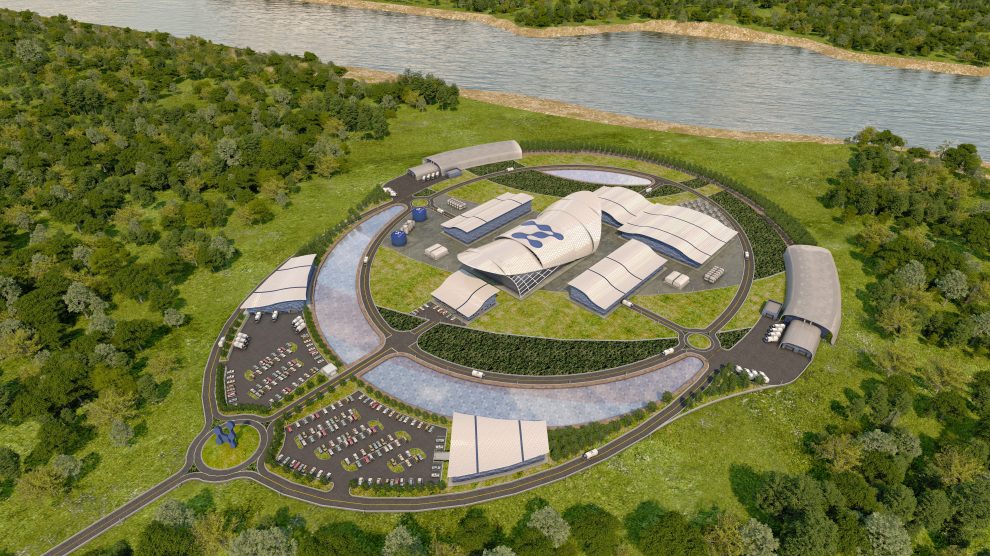 Small modular reactors (SMRs) may not provide a quick fix for Europe’s current energy crisis, but investors and key industry players increasingly appear to view them as a way of ensuring energy security in the medium to long-term.

News this week that Polish copper producer and industrial group KGHM Polska Miedź had reached a deal with Romania’s Nuclearelectrica to co-operate on a series of small modular reactor (SMR) projects came just a day after the UK’s Rolls Royce announced a similar deal with Czechia’s Škoda JS – owned by utilty ČEZ – to explore the possible deployment of SMRs both in Czechia and the broader emerging Europe region.

The two deals are a signal that SMR technology is increasingly viewed as a way of making nuclear energy more accessible and affordable, particularly in countries that are dependent on energy imports from Russia.

“SMR is a logical route the nuclear industry is taking,” according to Škoda JS’s commercial director, Milos Mostecky.

Proponents of SMRs say that they are far safer than standard nuclear reactors, in part because their small cores produce far less heat than the cores of large reactors. They are deployable either as a single or multi-module plant and are designed to be built in factories and shipped to utilities for installation as demand arises.

Innovative designs in SMR technology can also reduce other engineering risks, like coolant pumps failing. US-based firm NuScale, one of the companies leading the drive to deploy the technology, says its SMR has far fewer moving parts than traditional reactors, lowering the likelihood of failures that could cause an accident.

It is with NuScale that both Poland and Romania intend to develop their SMR projects. In August, NuScale also signed a deal with Estonia’s Fermi Energia to evaluate its SMR design for deployment in the Baltic state.

The project that both Poland and Romania will develop, in cooperation with NuScale, will have six modules, each with an installed capacity of 77 MWe (enough to power around 50,000 homes) and will help avoid the release of four million tonnes of CO2 per year into the atmosphere.

“Romania has already initiated the development of the NuScale SMR project, the only internationally certified SMR technology,” says Cosmin Ghiță, managing director of Nuclearelectrica, which currently operates Romania’s only nuclear power plant, on the Danube at Cernavodă.

“We are happy to collaborate and share our experiences and lessons learned and support KGHM in the first steps to implementing a safe, clean, and innovative technology,” he adds.

According to the UN’s International Atomic Energy Agency (IAEA) there are around 50 SMR designs and concepts globally. Most of them are in various developmental stages and some are claimed as being near-term deployable.

There are currently four SMRs in advanced stages of construction: in Argentina, China and Russia.

The IAEA says that SMRs display an “enhanced safety performance” through inherent and passive safety features, offer better upfront capital cost affordability and are suitable for cogeneration and non-electric applications.

In addition, SMRs offer options for remote regions with less developed infrastructures and the possibility for synergetic hybrid energy systems that combine nuclear and alternate energy sources, including renewables.

In July, the IAEA launched a new initiative aimed at accelerating the safe and secure deployment of advanced nuclear reactors, with a particular focus on small modular reactors (SMRs).

However, while NuScale’s SMR was in August given final certification by the US Nuclear Regulatory Commission, the European Union has yet to approve the deployment of the technology. NuScale itself admits that its own SMR plant in Idaho is unlikely to become operational until 2029.

Rolls-Royce SMR Chairman Paul Stein told the Reuters news agency in April that he hopes to get regulatory approval for its own design by mid-2024, with the first unit producing power by 2029.

Romania’s president, Klaus Iohannis, last year said that he wants a power plant made up of a cluster of six SMRs operational by 2028. This appears to be highly ambitious.

According to the World Economic Forum, the global market for SMRs is expected to be worth up to 300 billion US dollars by 2040, partly because they are regarded as making nuclear energy accessible to more countries.

It remains to be seen however if regulation will keep pace. At the very least, whatever their potential, SMRs should not be viewed as a quick fix for Europe’s energy crisis.