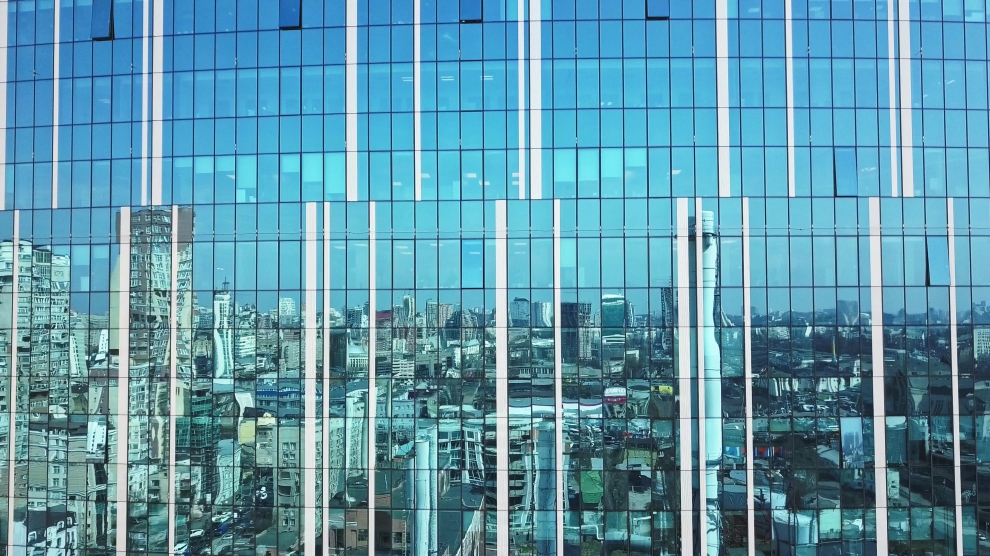 On August 13, Emerging Europe’s founding partner Andrew Wrobel got together with senior executives from Ukrainian and international businesses to discuss the various ways that the country can continue to develop and sharpen its competitive edge.

At an event hosted in partnership with Innovecs, a lively panel discussion featured the searing insight of Dominique Piotet, CEO of UNIT.city, an innovation park in Kyiv, Lenna Koszarny from Horizon Capital, a private equity fund manager that invests in Ukraine and the neighbouring region, and Andreas Flodström, the CEO and founder of Beetroot, a start-up that specialises in building teams of developers and designers for companies around the world.

While the members of the panel represent diverse backgrounds and industries, they share in common an appreciation for Ukraine’s potential in providing fertile ground for start-ups, foreign investment and IT innovation in particular. And with this knowledge, they know first hand how to succeed in the Ukrainian market.

“The main point for me is that Ukraine is a country within Europe which is truly in a transforming state. I could have chosen to go to any country in the world, and I chose Ukraine as a place both to live and to develop business,” says Mr Flodström, who moved to Ukraine from his native Sweden 2012. “The reason is both because I love the culture and the country and the soulfulness of the people, but also because it’s a great place for opportunities, especially if you’re an entrepreneur – in the tech sector or other fields.”

The CEO and founder of Beetroot is not wrong about Ukraine’s opportunities, particularly in the IT sector where innovation and data have been dubbed “the new oil”. The country currently has one of the largest talent pools of software developers in emerging Europe region, quickly approaching 200,000, where the ICT sector is rapidly growing, now positioned as the third most profitable industry. Between January and September 2018, the industry raked in 1.5 billion US dollars, making up just over 16.7 per cent of Ukraine’s net export volume. Moreover, Ukraine’s cost-efficient financial position, along with high living standards afforded to those on IT salaries, means the country can boast high competitiveness with the rest of the region, and beyond.

As Mr Piotet explains, “the opportunity [in Ukraine] is enormous because of the talent of the people. They are really world-class.” As the Ukrainian saying goes, problem solving is in the people’s DNA: with such a complex history, they could not help but develop a strong aptitude for thinking outside the box. Access to free education, compulsory secondary education, and a strong emphasis on STEM subjects merely nurture this sought-after skillset.

According to Alex Lutskiy, founder and CEO of Innovecs, talented engineers are an irreplaceable component for a successful scale in software development projects. “In the tech sphere, the talent of Ukrainian engineers speaks for itself, whether it is a start-up story or an outsourcing business. And as a service company, we know this for sure. In Ukraine, we are lucky to work with committed and passionate people who are efficient at working remotely with customers across the globe.”

However, Mr Piotet believes that more investors, entrepreneurs and founders need to be aware of the country’s resources, “if I had not been in Kyiv, I would not have thought about the local talent. And that’s the thing – we need more people to come.”

Although Ukraine is becoming more and more integrated into the European Union market, and while the government is continually trying to encourage a friendlier trading and taxation environment, a number of psychological barriers remain, with too many potential investors ignoring the country’s potential. “Now, there are more opportunities available than there are companies taking them,” says Mr Piotet.

“The main problem is not even that people are leaving the country,” Mr Flodström adds. “The problem is that not enough people are coming here. Just before the [Covid-19] quarantine, we started to promote relocation to Ukraine for young IT specialists from elsewhere in Europe. The interesting thing is that as an IT specialist in Kyiv, you would have a better living standard financially than you would have as the same-level IT specialist in Stockholm, for example.”

Ukraine, a country re-establishing its identity six years on from its 2014 revolution, is rebranding its global image. However, this doesn’t involve changing the narrative on the ground, but rather the narrative that reaches those abroad, where stereotypes and scepticism often overshadow realities.

Ms Koszarny says that the perception of Ukraine amongst the international community needs some improvement via storytelling.

“When we bring investors to Ukraine, and when they see the country, they can’t believe it. They are so amazed at everything – the vibe, the shopping malls, the city, the streets. But also we realise that it’s not enough to bring people to Ukraine. We have to go where the investors are, and that’s why we started Ukraine House Davos,” she explains.

A multi-format hub, Ukraine House Davos showcases Ukraine and its fast-growing economy to global business leaders. Now in its third year, the initiative has yielded positive responses. “It was fantastic – we ended up having over 7,000 people who came, and they were all amazed,” continues Ms Koszarny. “They were listening to these tech entrepreneurs, to visionary founders of their businesses, and saying, ‘this is not what I imagined Ukraine to be’.”

For a country that has undergone huge political, social, and economic changes over the past decade, it has well and truly come out the other side, but its reputation has some catching up to do.

However, business leaders like Mr Flodström saw the opportunities offered by Ukraine long before the 2014 revolution. He told the panel that back then, after carrying out thorough analysis, looking at places where he could potentially relocate if the situation worsened, he found that “we always came to the conclusion that despite the issues in the country, Ukraine is the place where we will be most successful in the long term, so we stick to Ukraine”.

Part of this success not only stems from the economic and business climate, but the business culture, which, as the panel discussed, is far different from Western Europe and the US.

“In the US, when they say ‘it’s awesome’ – usually it means ‘no’. People are very politically correct and try not to hurt you, but then when they say ‘yes’, it means ‘no’,” says Mr Piotet. “It’s very different in Ukraine – when it’s ‘no’ – it’s ‘no’, and [here] we do express our opinions in meetings very openly. In the end, when there is a compromise or a decision, the decision is applied, and it’s applied by everybody.”

Mr Flodström agrees: “In Swedish culture, we package the wording nicely, so you have to read the messages between the lines. And [here] we always have to ‘educate’ our clients to be more direct.”

Moreover, the business leaders agreed that young Ukrainians have a different attitude from their parents’ generation, with a more European mindset and filled with ambition.

“The younger generation thinks in a global context,” says Ms Koszarny. “They think beyond this country and these borders. They’re looking at what’s going on throughout the whole world, and they don’t see any limits for themselves. It’s very exciting.”

Ukraine’s talent pool is also distributed differently than in the West, where countries like the UK and France have a disproportionate concentration of start-ups and IT companies in their capitals. Instead, for Mr Piotet, you don’t have to be in Kyiv to run an international business, “you can do it from Lviv.”

“Investors tend to look to Kyiv, Odesa, and the West. And I encourage them to go further to the East because there is a lot of talent, a lot of people who want good jobs. Don’t ignore the rest of the country, it’s very different,” adds Ms Koszarny, echoing the sentiment that so much of Ukraine’s talent and potential remains untapped.

However, this is slowly changing, as Mr Flodström explains. “We are running our Beetroot Academy in 18 different cities throughout Ukraine and these are all cities of 200,000 people or more. They are all different, and they all have different opportunities. But the interesting thing is that in each and every one of these locations we managed to find people with a global generation mindset.”

As for the Ukrainian IT sector’s future, perceptions need to continue to change. However, business leaders like those featured on the panel are setting the right trends, encouraging investors, stakeholders, companies, and entrepreneurs to open their eyes and look further east.
With the Covid-19 pandemic prompting re-thinks amongst the business community, Ukraine finds itself in a promising position.

“I think light manufacturing is a fantastic opportunity. With the Covid-19 pandemic, lots of companies are looking for where they are going to put their supply chains and how they are going to shift them,” says Ms Koszarny. “So Ukraine has an amazing opportunity for those looking to manufacture close to the EU, with access to Asia and the Middle East.”

E-commerce is another huge marketplace that is continuing to grow. Mr Flodström also sees opportunity in greentech solutions, where there are both challenges and opportunities.

“There are so many opportunities [in Ukraine], and we feel fortunate that we have the ability to access them being here in the country,” Ms Koszarny concludes.

It’s time for others to take a look at Ukraine too.