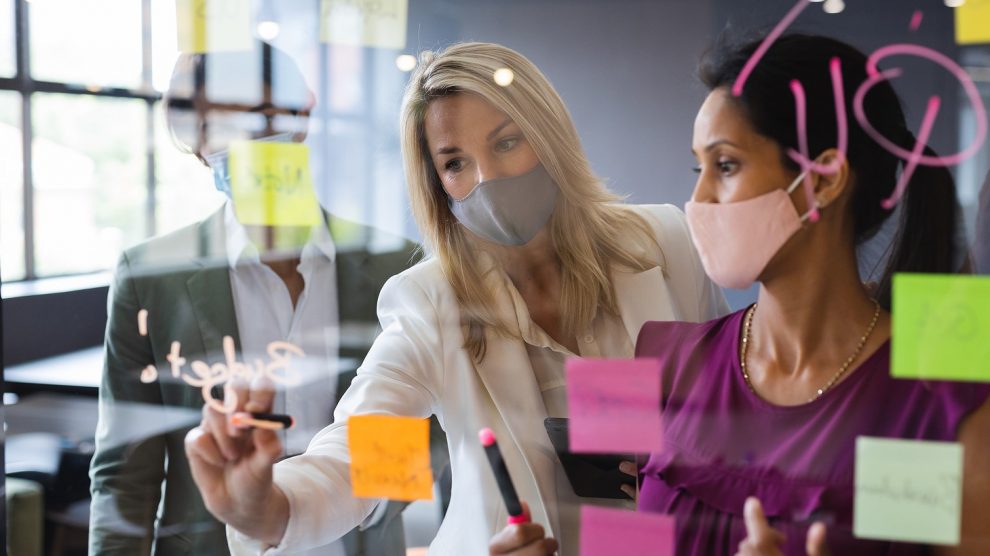 The CEE investment space does not lack talented women, but they find it much harder to raise capital. A lack of diversity among venture capital firms is one of many problems faced by women looking for funding.

Start-ups in Central and Eastern Europe founded by women have raised just one per cent of total investment in the region in 2020, according to findings from a new report, Funding in the CEE region – through the lens of gender diversity and impact.

According to the report, of most concern is that progress in the area of female-founded start-up funding has been flat over the past five years. Since 2016, all-women teams have attracted on average just two per cent of total start-up investments.

“Throughout the last five years there hasn’t been any notable change towards more funding going into women led teams,” says Triin Kask, a board member of Estonian Founders Society. 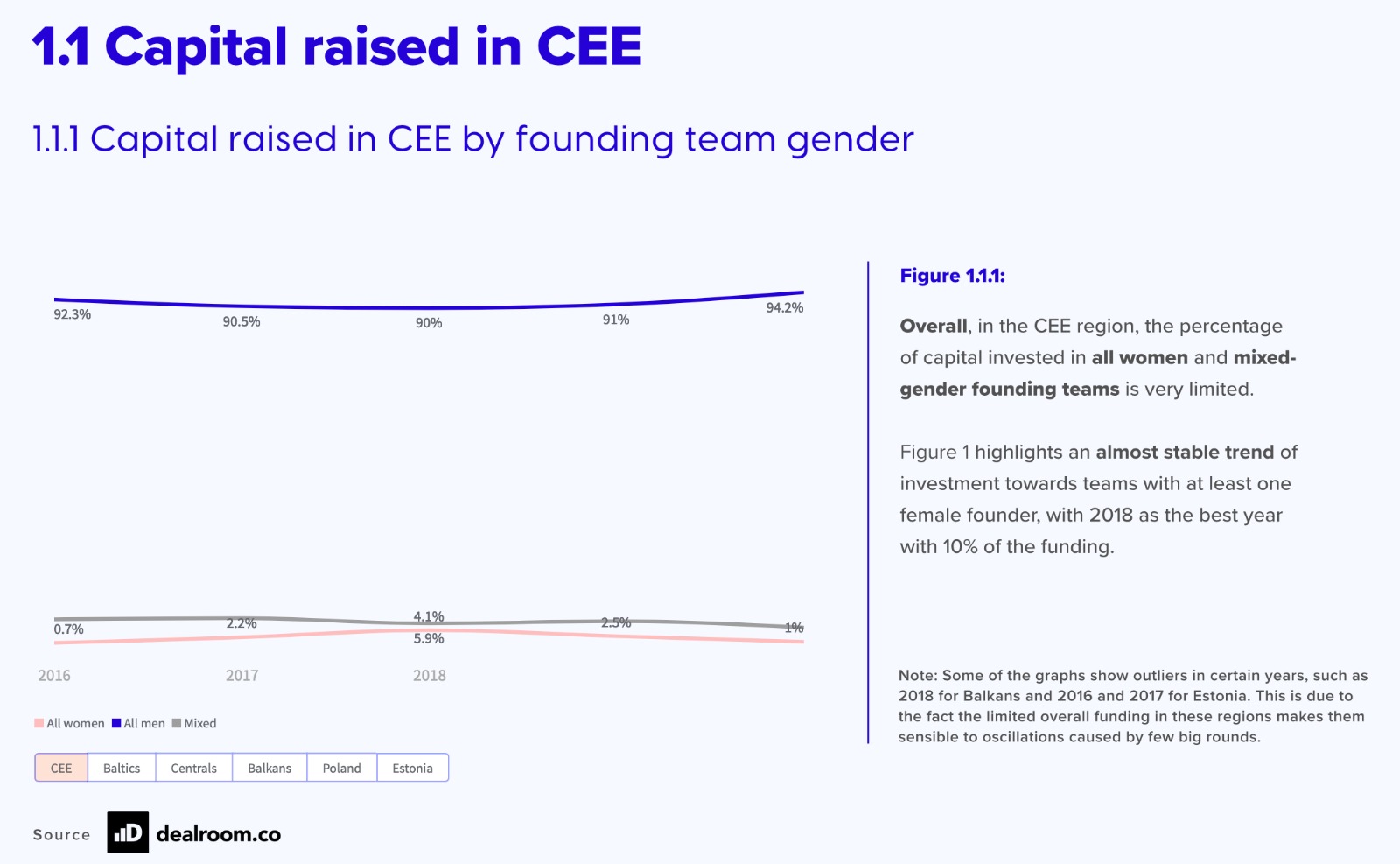 She adds that while women-founded companies keep outperforming their male counterparts by 96 per cent in revenue-to-funding ratio, those results haven’t triggered a change in how VC funds are behaving.

“Diversity needs to have much more attention both when filling positions at VC firms as well as when funding start-ups. Diversity has been proven to be the key driver of innovation and company success and once VC funds start taking it seriously, we’ll be seeing much higher rates of investment returns and economic growth,” she adds.

In other important areas in the start-up and VC ecosystem, men are also vastly over-represented. According to the report, funders and decision makers are overwhelmingly male. Among the funds active in the CEE region, 85 per cent of investor roles are held by men, and this rises to 93 per cent at partner level.

As the report notes, this has led to all-women start-up teams having to raise funds more often than their male and mixed-gender counterparts. Between 2016 and 2020, women-founded start-ups made 4.2 per cent of deals, but raised only 2.2 per cent of the capital.

“The gap is immense. Only by discussing facts, figures and taking a real leadership role can we drive change for the benefit of the whole society,” say Kinga Stanisławska and Marzena Bielecka, general partners at Experior VC and founders of European Women in VC.

Lack of interest in diversity

Currently, there seems to be a lack of interest in the regional venture capital ecosystem in matters of diversity. According to the report, 92 per cent of general partners are rarely asked about their fund’s diversity and inclusion strategy when fund-raising from limited partners. Only two per cent of funds met equally with male and female limited partners.

“The investment space does not lack experienced and talented women, yet it seems much harder for them to raise funds of a significant size. The market would benefit from leaders with gender lens investment strategy,” notes Barbara Nowakowska, managing director at PSIK, the Polish Private Equity and Venture Capital Association.

There are a few encouraging developments, however. In the CEE region, the Baltics and the Balkan countries have produced a higher percentage of women founded and co-founded start-ups than some established European tech ecosystems. Estonia in particular stands out with 3.2 per cent all-women and 13.7 per cent mixed founders, placing it second in Europe after the United Kingdom.

Balkan countries have also performed well when it comes to the proportion of venture capital that ends up in the hands of women and mixed-founded companies. At 5.9 per cent for women-founded and 9.6 per cent for mixed-gender teams, the Balkans are an absolute leader in Europe, beating out Germany, the United Kingdom, and Sweden.

“As a young and dynamic ecosystem, CEE has the opportunity to learn from the successes and slip ups of established hubs, and leverage the untapped potential and returns of building diverse and inclusive founder communities. There’s a very long way to go, but we hope that with transparency, open conversation and radical action, we can reach it together. These findings give us the starting point, and the first step on the journey,” explain Thea Messel and Nora Bavey, general partners at Unconventional Ventures.