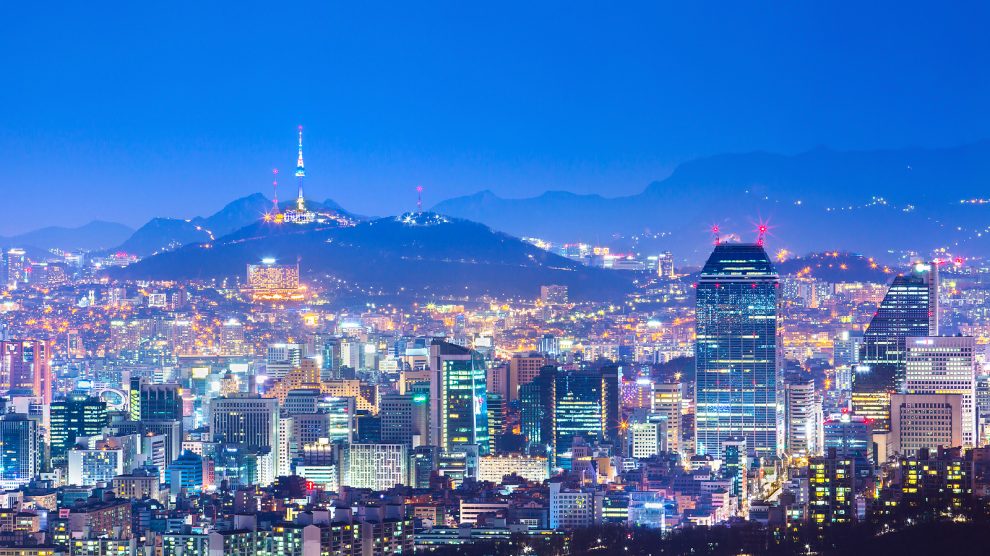 South Korean firms have been investing heavily in Poland in recent years, ever since the two countries signed a strategic partnership in 2013. If South Korea moves further into property, nuclear energy, and airport construction, as planned, Poland might yet fulfill its goal of becoming the Asian powerhouse’s gateway to the European Union.

According to the Polish Investment and Trade Agency (PAIH), there are already 260 South Korean companies investing in the Polish economy, making South Korea the largest Asian investor in the country. It overtook China in 2018.

And more investment is on the way.

While South Korean firms have been investing in a number of Central and Eastern Europe’s economies for years, Poland is the clear favourite: over the last five years the bulk of their investment in the region has been made in Poland (around 56 per cent, or 5.1 billion euros), followed by Czechia (26 per cent; 2.4 billion euros) and then Slovakia, Hungary, Romania and Bulgaria.

In November last year, Savills IM launched a partnership with Seoul-based Vestas Investment Management to set up the first “blind-pool” European logistics fund, which is among the first such fund to raise money solely from South Korean institutional investors, and which will target “core and core-plus logistics assets across all key European markets”.

South Korea’s Incheon Airport meanwhile is set to become a strategic partner of the planned Polish air hub, the Central Transportation Port (CPK), a major transit hub integrating air, rail and road traffic 45 kilometres from Warsaw. In its first phase, it is planned to service 45 million passengers a year, but its capacity could rise to 100 million, with the first flights expected in 2027.

In February, Marcin Horała, the Polish government’s commissioner for the CPK, said that Poland had signed an agreement with the Korean Ministry of Land, Infrastructure and Transport, adding that he wanted the new hub to be “the Far East’s gateway to the European Union.”

Poland’s nuclear ambitions, increasingly important as it moves to diversify its energy mix, still over-reliant on coal, could also see a major role for South Korea.

Warsaw plans to build 6-9 gigawatts (GW) of nuclear energy capacity in the medium term, completing construction of its first power plant by 2033.

KHNP has proposed its Advanced Power Reactors (APR 1400) for the Polish nuclear programme.

South Korea’s involvement in Poland’s shift away from fossil fuel is not limited to nuclear power. In February, the Korea Chamber of Commerce and Industry (KCCI) and the Polish Ministry of Trade, Industry and Energy held their second economic and trade forum with the Visegrád Four (Czechia, Hungary, Poland and Slovakia) to discuss cooperation in renewable energy.

“We need to focus more on the global green trend in order to further our economic cooperation,” South Korean Trade Minister Yoo Myung-hee said at the forum, adding, “the scope of cooperation is unlimited in view of the five countries’ green environment policies.”

Woo Tae-hee, executive vice chairman of the KCCI, said cooperation would provide momentum for the standardisation of the hydrogen economy in Europe, as key hydrogen economy materials such as carbon fibers, metallic bipolar plates and membranes are developed and manufactured in Korea.

“I believe that cooperation with Eastern European players will provide a momentum to realise the standardisation of hydrogen economy in the entire Europe,” he said.

Indeed, in recent years, South Korea has become a leader in investments in the sector. According to Polish Trade and Investment Agency data, it is responsible for almost two-thirds of all foreign investments carried out in Poland in the sector.

The construction of a lithium-ion battery factory for electric cars by LG Chem in Biskupice Podgórne, near Wrocław, is the largest single foreign investment in terms of value in Poland since 1989. The first stage of construction was completed in 2018 and investment outlays have amounted to 1.3 billion euros. By the end of 2020, the company had expanded its production further, investing a total of 2.7 billion euros and now employing up to 6,000 people.

Thanks to the LG Chem investment, Poland has become the European Union’s leader in the export of lithium-ion batteries.

So successful was the LG Chem investment that it has encouraged another South Korean company, SK Innovation, to build a factory for battery separators, used in electric cars, in Dąbrowa Górnicza. This will be the company’s first investment in Europe and the estimated value of the project is 335 million euros. Production is planned to start by the end of 2021.

In May 2019, Grupa Azoty and Hyundai Engineering signed an agreement on the participation of a South Korean investor in the Polimery Police project, a petrochemical complex in the West Pomeranian (Zachodniopomorskie) Voivodeship. It will be the biggest chemical industry project in Poland, with an estimated value of 1.5 billion euros.

There is investment in defence, too. In 2014, a contract worth 290 million euros was signed by Huta Stalowa Wola and Hanhwa Land Systems for the supply of 120 chassis for Krab self-propelled howitzers.

South Korea is also touted to join the Wilk programme, which aims to acquire a new main battle tank for the Polish armed forces.

In 2018, H. Cegielski-Poznań started cooperation with Hyundai Rotem to offer the Polish army a next-generation tank based on the K2 Black Panther, designed by the South Korean Agency for Defence Development and manufactured by Hyundai Rotem.