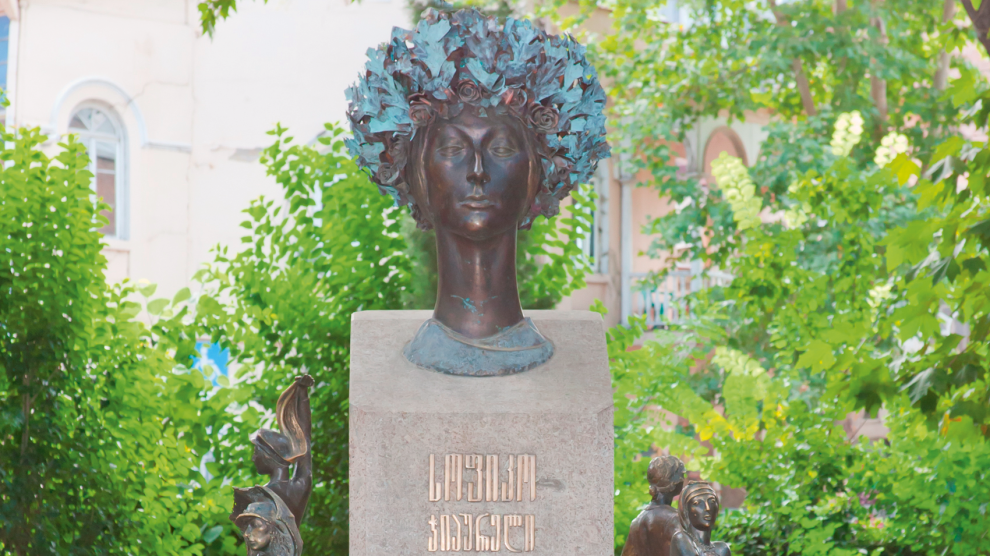 Thanks to a government incentive to attract foreign filmmakers, Georgia is quickly becoming a key movie location for European, Asian and even American studios.

An increase in the country’s visibility around the world is a crucial thing for Georgia. In order to achieve this, the government is currently working in several directions. One of these has been the prime minister’s incentive to create the “Film in Georgia” campaign, a project which began in 2016, encouraging international moviemakers to use Georgia as a film location. The programme is implemented jointly by the ministries of economic and culture, and the main idea is to promote Georgia as an Eastern European filming destination as well as to support Georgia’s own film industry by attracting more international production houses to the country.

Film in Georgia offers a number of benefits to film producers. One of these is a 20-25 per cent cash rebate on qualified expenses for international and local production companies, while others include a business-friendly environment, modern infrastructure, diverse climate zones and landscapes, where you can shoot snow-capped mountains and sunny beaches in the same day. A unique mixture of different architectural styles is a bonus.

“Georgia offers foreign producers a business-friendly and safe environment, with a flexible labour market, low taxes and lower prices across the board compared with similar locations in Western Europe,” says Lika Mezvrishvili, head of Film in Georgia. “The country has a modern infrastructure with a well-developed road and rail system, several local airports connecting different parts of the country and three international airports with flights from major European cities. Georgia’s efforts to become one of the easiest places to work, do business, travel and of course make films have been achieved and reflected in major international rankings – we are ranked ninth in the ease of doing business report published by the World Bank. We are also the third safest country in Europe according to Numbeo.”

According to Mrs Mezvrishvili, the primary target markets of the campaign are the US, Europe and India. The latter is very interested in Georgia, and films already shot in Georgia include productions from both India and the US.

To increase the visibility of the project, Film in Georgia representatives have been meeting major production companies around the world, setting out the potential of filming in Georgia. Among the companies they have met are NBC Universal, Fox, Sony, HBO and Netflix.

“The development of our creative industries and in particular the film industry is high on the agenda of the government,” Lika Mezvrishvili told Emerging Europe. “We believe that the film industry is an engine that creates a ripple effect on jobs and innovation in other sectors of the economy, not only at the time of the production but also after the film is released, in the form of Film Tourism – a growing phenomenon worldwide. Moreover, we see Georgia as an emerging, highly attractive filming location and strive to establish culturally diverse and economically sustainable environment for filmmaking.”

As Mrs Mezvrishvili points out, filming in Georgia is a perfect opportunity to establish the country’s reputation as an ideal shooting location. In this case, besides a 20 per cent cash rebate, producers can receive an additional discount of up to 5 per cent. There are several criteria to be met to obtain each percentage. The main idea is to promote Georgia.
Besides international projects, Georgian film directors are shooting big movies themselves, some of which have enjoyed significant success at different international film festivals. While the Film

In Georgia programme is mostly focused on international projects, the vast majority have bee made with the cooperation Georgian companies and have offered Georgian directors opportunities to get involved.

According to Lika Mezvrishvili, ten films have so far been shot in Georgia. Four of them are Indian. Some are European and American, and part of the movies are mixed productions featuring European, American and Georgian moviemakers. Georgia has attracted more than 10 million lari in investment as a direct result of the programme. The project is going to continue actively promoting its advantages to international producers, and will include several new ideas, including familiarisation tours to Georgia to introduce filming locations and existing infrastructure to key players in the UK and US film industries.

The EU & Georgia: What Comes Next?
Georgia: Homeland of Ancient Wine
Comment