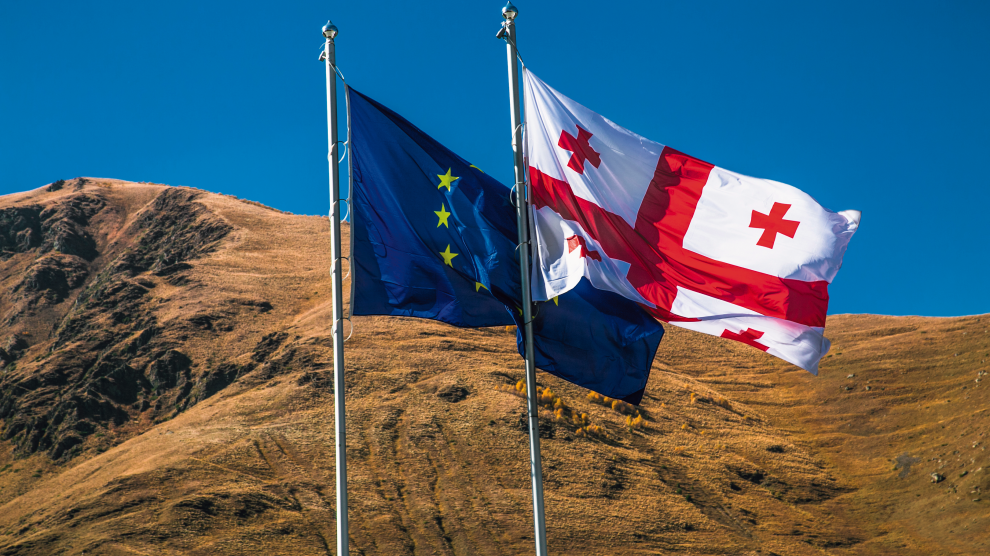 Georgia must decide if it wants to push for EU membership on its own, or part of a larger, regional enlargement, says Ivane Chkhikvadze of the Open Society Georgia Foundation.

EU-Georgia relations reached a crucial milestone in March 2017, when the EU decided to lift short term visa requirements for the citizens of Georgia. This decision was, on the one hand, a strong political signal for the Georgian political elite and on the other huge relief for citizens, who no longer had to collect dozens of papers and stand in queues at the consulates of EU member states in order to obtain visas.

Abolishing the need for visas, and the signing of an Association Agreement (AA) between the EU and Georgia has kept Georgia high up on the EU’s agenda. Now, however, EU-Georgia relations have got to the point where it is fair to ask: What comes next? It is a question with no clear answer and neither the EU and its member states, nor the Georgian authorities appear able to elaborate.
Brexit, the migration crisis, terrorism and challenges to democracy in some of the EU’s member states have caused the EU to become ever more inward looking, and as such less clear on relations with Georgia. Consequently, the EU (and in particularly those member states which are sceptical about enlargement) stress that the next stage in bilateral relations should be implementation of the Association Agreement. The AA does not have a clearly defined end date and theoretically, its implementation could be continued endlessly. At this stage, the European Union does not have the interest, appetite and resources to reach out and think about its immediate neighbours, potentially harming the Union. Unlike NATO, the EU has never given Georgia the promise that the country would eventually become a member state.

The last summit of the Eastern Partnership (EaP), held in Brussels on November 2017, clearly demonstrated that the EaP has either reached its limits or is very close to them. The European Union has no clear-cut view on what the programme’s end game is. The EaP partner states all have diverse aims towards integration, varying from limited ties, as with the case of Belarus, to full EU membership in the case of Georgia.

Georgian officials stress that eventual membership of the European Union is Georgia’s foreign policy priority. Moreover, in 2017 the government of Georgia adopted an official communication strategy for 2017-2020 to explain costs and benefits of Georgia’s EU membership to the local population and to formulate some external messages. However, despite the document, the Georgian authorities also do not have answer to the question as to what should be the next step in EU-Georgia relations, as implementation of the Association Agreement is not a prerequisite of EU membership. Whilst the ultimate goal is clear, there is lack of clarity on how to achieve it.

At the end of 2017, the Georgian Prime Minister Giorgi Kvirikashvili pledged that the ultimate goal of Georgia is full membership of the EU and tasked the Georgian authorities to elaborate a strategic road map, a document which is intended to be much wider than the Association Agreement and which will formally set Georgia on the path to membership.

The Georgian authorities still have to reflect on several issues. Among them is whether to seek an EU membership perspective from the European Union itself (similar to what the EU granted the Western Balkan states at the Thessaloniki EU summit in 2003) or press for eventual membership without a membership perspective. Georgia also needs to think about when will be the right time – a window of opportunity – to submit its membership application to the European Council. Then there is the question of what Georgia should do internally to get ready for submitting its application, and what kind of communication it should have with the European Union, especially with those member states which are largely sceptical of enlargement. Finally, Georgia must decide if it will push for regional enlargement – together with Moldova and Ukraine – or if it will pursue membership on its own, without being linked to the other EaP countries.

The views expressed in this opinion editorial are the author’s own and do not necessarily reflect those of Open Society Foundations Georgia or Emerging Europe’s editorial policy.

Ivane Chkhikvadze is a member of the Open Society Georgia Foundation.

Georgia’s NATO integration is getting a boost, but still lacks an end game
Georgia on Location
Comment