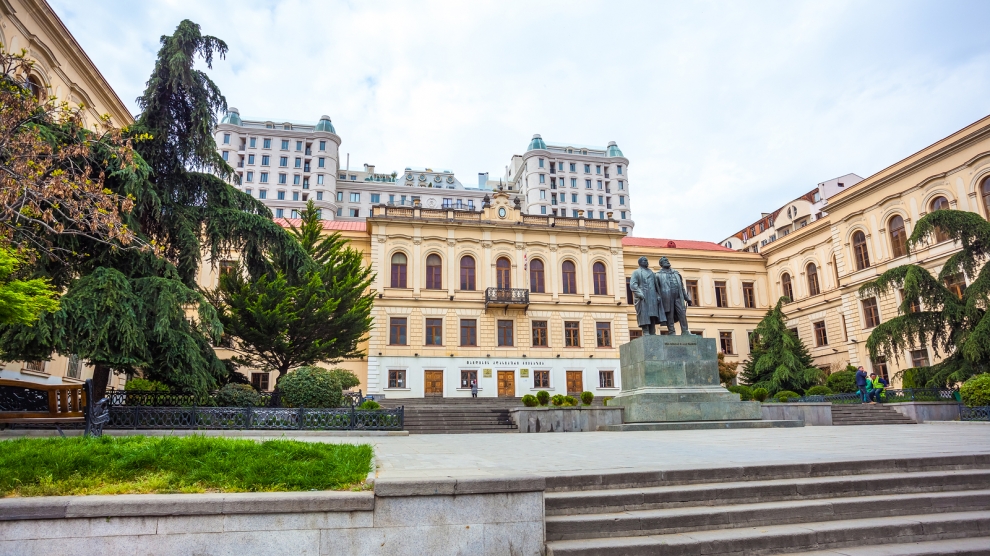 The labour force in Georgia is equally distributed between rural and urban areas, slightly more than half – 57 per cent – resides in rural areas. The unemployment rate stands at 12 per cent with prevalent self-employment rates – 57 per cent of those employed are self-employed. The labour force activity rate stands at 67.5 per cent with a gap between the urban (58 per cent) and rural (78.2 per cent) populations. The latter is mainly due to the economic structure: namely, self-employment mainly prevails in rural areas and represents engagement in low-value added generic activities, primarily subsistence agriculture. A lack of formal jobs accounts for significant underemployment in the country. Employment opportunities are particularly low in rural areas, where only 22 per cent of those employed are formally employed, the rest are considered as either self-employed or unemployed.

While the average monthly salary as of 2016 is 940 lari, there is a significant gender wage gap with a female-to-male earnings ratio of 0.62. Salary gaps are significant by industry as well. Among the highest paid jobs are in construction and financial consulting, while the lowest paid industries include the manufacturing, transport and communication sectors.
Georgia has a flexible labour code, and one of the most liberal labour environments in the region means that the country ranks high in the Labour Freedom Index. Hiring and firing regulations are quite liberal and there is no minimum wage requirement.

Education determines and shapes a country’s labour force. Georgia prioritises education and continuously implements reforms upgrading the education system, improving access and quality of the country’s educational institutions. According to the OECD, the country is the region’s top performer for primary school enrollment and length of schooling. The Georgian population is well educated with 33 per cent of all adults having post-secondary education, and there is a high level of educational attainment amongst the labour force. Enrollment statistics for higher educational institutions show that the most popular subjects are social sciences, including business and law, followed by health and social care. The latest graduate data from secondary professional schools by specialisation illustrates that public health, physical training and sports are the most popular specialisations, while industry and construction are amongst the least popular.

A number of challenges also need to be mentioned. These include structural unemployment, skill mismatch and high informal employment rates. Unemployment is especially high among young people with higher education. Unemployment rates amongst the 20-29 age group are as high as 37 per cent. International organisations frequently quote skill mismatch as the major cause of high unemployment rates. Transition from school to work is particularly difficult, resulting in the underutilisation of the high potential of young workers. A World Bank report from 2013 states that over 50 per cent of the unemployed have a secondary school diploma, while 40 per cent have a higher education degree. Many of the jobs that require vocational skills are occupied by workers with tertiary education, hence the country faces the challenge of what is known as overeducation. The phenomena also referred to as a vertical skill mismatch is due to two interrelated reasons.

On the one hand, people investing in acquiring higher education and on the other, low demand for a highly skilled workforce due to the structure of the economy. Overeducation of course does not imply a limiting of education, but rather putting the workforce into productive use through identification of the right investment opportunities. To conclude on a positive note, given the characteristics of the Georgian labour force paired with the favorable investment and business climate of the country, there is a potential to expand and create new sectors in the country with high value-added activities. The creation of new job opportunities will motivate a highly educated workforce to further invest in upgrading their skills and acquiring new knowledge. Currently, a lack of job opportunities is partially responsible for the low motivation of the workforce to attain additional knowledge through training and professional development programmes.

Irina Guruli is the deputy director of the Economic Policy Research Centre (EPRC).