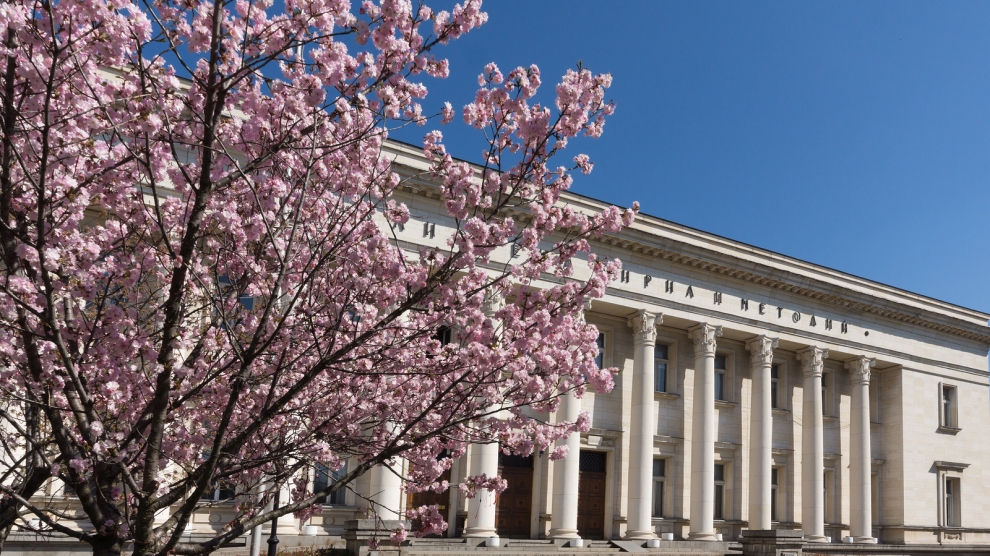 In January 2018, eleven years after joining the European Union (EU), Bulgaria assumed the six-month rotating presidency of the Council of the EU — an institution composed of the governments of member states and tasked with formulating and coordinating legislation and policies at EU level. For smaller nations it is an opportunity to take a more active role in driving the EU policy agenda forward, and bolstering their standing among the other 27 member states. In the case of Bulgaria, the government has already taken advantage of its spot in the limelight to showcase its ambition for deeper integration with the EU. On January 11, Vladislav Goranov, the finance minister, announced that within six months Bulgaria would probably apply to join the exchange-rate mechanism (ERM II), the preliminary stage before entry to the euro zone. Bulgaria has maintained a currency-board arrangement since 1997 with the lev tied initially to the Deutsche Mark and then to the Euro. More recently, on February 20, in an interview with the German newspaper Die Welt, Ekaterina Zaharieva, the minister of foreign affairs, said the Bulgarian government expected to begin the process of joining the border-free Schengen area by the end of the year.

Bulgaria has continued to face opposition to its bid to enter the Schengen area despite meeting the technical criteria for accession, and in spite of having support from most EU countries as well as from top European politicians including Jean-Claude Juncker, the president of the European Commission. However, entry requires a unanimous decision by all current Schengen countries, and some—most notably the Netherlands—have been concerned about the levels of organised crime and corruption in Bulgaria, which has delayed the decision for years. Statements by Mark Rutte, the Dutch prime minister, on a visit to the country on February 6 point to a need for further progress in these areas before accession to Schengen is granted.

Concerns over corruption and organised crime are not misplaced. The 2017 Corruption Perceptions Index released by Transparency International, a corruption watchdog, on February 21, ranks Bulgaria last among EU states in terms of perceived corruption. The 2017-18 Global Competitiveness Index by the World Economic Forum (WEF) ranks corruption as the most problematic factor for doing business in Bulgaria and ranks the country 119th (out of 137 countries) in terms of the costs imposed on business by organised crime. As stated in the most recent progress report by the european commission, although substantial progress has been made in these areas in recent years, much work still needs to be done. Swift progress will depend on continued widespread political support and on sufficient political stability; both are unlikely to last beyond Bulgaria´s EU presidency, thereby delaying entry into Schengen until late 2019 at the earliest. The limited political volatility since the snap election in March 2017 mostly reflects agreement among the government and the opposition to deliver a smooth EU presidency. In its absence, in the second half of the year, we expect tensions to emerge due to sharply contrasting political views across a fragmented National Assembly. The centre-right government coalition holds a tiny majority in parliament led by Citizens for European Development of Bulgaria (CEDB), a pro-EU party that has governed during most of 2009-17. United Patriots (UP) is an unstable alliance of nationalist and ultra-nationalist parties and is the junior member of the coalition. The opposition is led by the Bulgarian Socialist Party (BSP), whose leader, Korneliya Ninova, campaigned on a platform favouring closer ties with Russia in last year’s snap election.

The constraints delaying Bulgaria’s accession to Schengen will also hold it back from euro zone accession well past the end of the current decade. This is recognised by Mr Goranov who has emphasised that Bulgaria would be prepared to stay in the ERM II for as long as necessary, and in any case for longer than the required two-year minimum period.

From a macroeconomic standpoint Bulgaria has in recent years met the criteria for entrance into the monetary union. In 2017 inflation, measured as the year-on-year growth in the harmonised index of consumer prices (HICP) was 1.2 per cent, within the 1.5 percentage point margin from the lowest three rates. The consolidated state budget posted a surplus that we estimate reached 0.9 per cent of GDP contributing to a decline in the public debt ratio to around 26 per cent of GDP. External data was also positive, with an estimated current account surplus of 3.9 per cent of GDP, and a shrinking gross foreign debt stock at an estimated 63.5 per cent of full-year GDP in November 2017 — the lowest ratio since April 2006. Long-term interest rates, continued to decline last year reaching 1 per cent in December.

However, to be considered for accession to the eurozone, Bulgaria will need to show that it can consistently meet the all convergence requirements; its ability to do so is not clear. In 2018 we forecast HICP inflation of 2.6 per cent, which will likely exceed the lowest three inflation figures by 1.5 percentage points. From a longer-term perspective, and as noted in the 2016 ECB convergence report, the need for economic catch-up will support positive inflation differentials. The solid public finances from recent years will also be tested by an ageing and declining population. By 2022 we forecast that the dependency ratio will have risen to 58 per cent from 54 per cent in 2017. On a more positive note, we expect that the economy will continue to grow firmly over the medium-term (3 per cent average real GDP growth in 2018-22) supporting Bulgaria’s ambitions.

Bulgaria has made substantial progress on the political and economic front since its accession to the EU in 2007. Keeping up the momentum as it approaches the home stretch for accession to the Schengen area and ERM II will be essential for its European aspirations.

Alfonso Velasco Tamames is an analyst at the Economist Intelligence Unit, carrying out economic and political analyses of regions in the south and south-east of Europe.