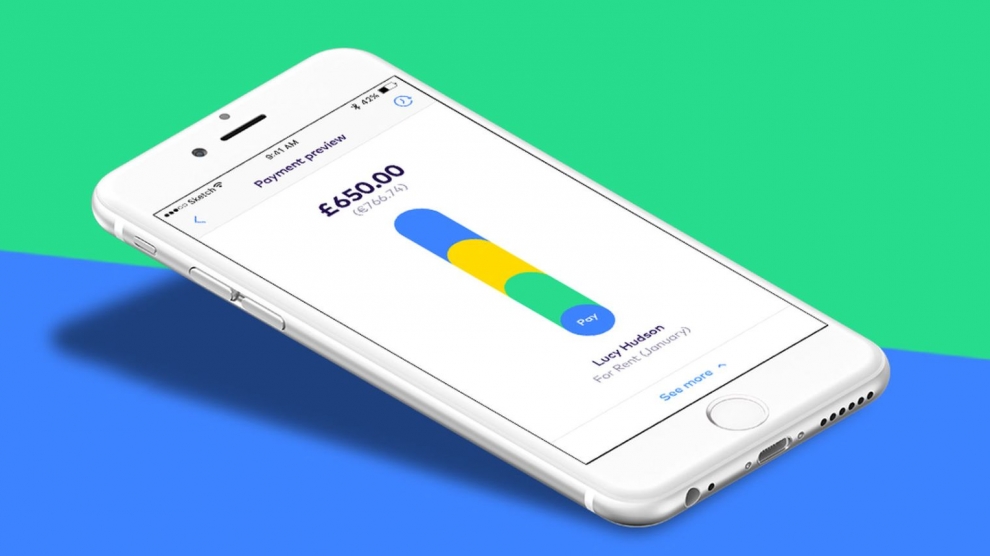 Two Estonian-led start-ups, TransferWise and Monese, are changing the face of banking for the better.

When my mother died after a long illness earlier this year I tried to set up a UK bank account in order to make dealing with a number of administrative issues as easy (and as cheap) as possible. After visiting just about every high street bank in the UK it became clear very quickly that opening an account was not going to be an option. Having lived outside the UK for more than 20 years I had neither a credit history nor – most crucially – did I have proof of a UK address.

So I looked for alternatives, and quickly found two: TransferWise and Monese. Both have Estonian founders, both offer de facto UK bank accounts (and much more besides) and both allowed me to open accounts in minutes, using my mobile phone. Technology – much of it powered by Estonian engineers – is at the heart of the operation, driving the necessary background checks. I received debit cards from both companies two days later.

It was for much the same reason – lack of access to traditional banking – that Monese, Britain’s first mobile-only bank, was created in 2015. Norris Koppel, Monese’s founder. He was one of many prevented from banking in the UK when he first moved to the country.

With no UK credit history or utility bills proving his address, he was immediately denied a bank account. Without one, he found it near impossible to receive his salary or rent an apartment. From his painful experience, Monese was born – a banking service that was inclusive, instant and on-demand.

Since then, Monese has been officially named ‘Best Challenger-Bank’ in Europe and was even awarded 1.1 million euros by the European Commission for research and innovation.

Monese today services more than 600,000 users in 20 European countries, moving over 2.5 billion US dollars a year. The number of new monthly customers has been tripling since the end of 2017. For many it is their only bank account.

Set up to solve a specific problem, Monese now has its eyes set firmly on European expansion. The company raised 60 million US dollars in Series B capital in September, which will allow the firm to continue to develop its next generation of mobile banking services and make them accessible to more people around the world. The financing round was led by Kinnevik, a global investor focused on digital businesses, and included the participation of some big names: PayPal, European investor Augmentum Fintech and International Airlines Group through its loyalty and data business Avios Group. Existing investors including Investec’s INVC Fund also participated.

“Europe is embracing the Monese product even faster than the UK market,” said Mr Koppel. “We see this as a vindication of our original mission statement – and a validation of our approach in addressing the inefficiencies and limitations inherent to the current banking system.”

In October, Monese launched business accounts for UK firms and opened a third office, in Lisbon.

No loans, no overdraft, no interest

Unlike banks, Monese does not have a banking license and is not allowed to use customers’ funds to invest in markets or in any other way. Customers’ money is held in a safeguarded and segregated account dedicated to them. It is ring fenced and separate from any other monies.

As such, Monese offers no loans, no overdraft and does not pay interest. It makes money by charging a small monthly fee, although it does offer a nominally free account, with limited functionality and charges for some transactions. Two paid monthly plans, starting from 4.99 euros per month, offer reduced or free transactions up to a certain limit each month.

Increasingly, that is enough for many people, which is why the market for services such Monese is growing. Its biggest, and probably best-known rival is Revolut, which met UK regulators last year about applying for a banking licence but instead decided to apply for one in Lithuania, partly to avoid the disruption of Brexit. On December 14, the National Bank of Lithuania granted Revolut the regulatory approval that gives it permission to operate throughout the European Union.

Chad West, a Revolut spokesperson, said the company chose Lithuania because it has 150,000 customers there already and because the country’s “regulatory environment is incredibly FinTech friendly.” Mr West also said it was faster to get licensed in Lithuania than many other European jurisdictions.

It is another Estonian-led outfit however which has done the most to make international banking as seamless as possible: TransferWise.

In April, TransferWise became the first FinTech group to gain direct access to the Bank of England’s (BoE) interbank payment systems, as regulators and the government step up their efforts to encourage competition in the UK’s financial sector.

Kristo Käärmann, TransferWise’s Estonian CEO, said settling transactions directly would allow it to speed up its money transfers while cutting costs. The company has been aggressively reducing the fees it charges customers in recent months in order to increase volumes, and Mr Käärmann said the benefits of the BoE’s move would be passed on to customers in the form of further fee reductions.

Just as Monese was created to solve a problem: opening a UK bank account, TransferWise, founded in 2011, was set up to make cross-border and cross-currency money transfers cheaper and easier.

As Estonians working between their native country and the UK, Mr Käärmann and co-founder Taavet Hinrikus, formerly of Skype, they had personal experience of what they called “the pain of international money transfer” due to bank charges on the amounts they needed to convert from euros to pounds and vice versa. “I was losing five per cent of the money each time I moved it. At the same time my co-founder was starting to get paid in the UK and was losing a lot of money transferring cash back home to pay for a mortgage there,” said Mr Käärmann.

Like a number of similar services, TransferWise works by matching customers who want to change opposite currencies: for example, one user who wants to change euros to dollars with another who wants to convert dollars to euros.

It then performs the conversion at or close to the interbank exchange rate, charging a small commission to do so. TransferWise’s customers therefore benefit from better currency exchange rates than offered by the banks, who buy and sell currency at different rates, pocketing the difference. The fees are also lower, even on small amounts, with TransferWise usually charging about 0.5 per cent.

With more than three million customers moving around 1.5 billion euros each month, the service has been hugely popular, making TransferWise one of the most sought-after stocks in European FinTech. Its last funding round, Series E, in November 2017, raised 280 million US dollars from investors, a record fundraising round for a UK-based FinTech. It brought the total raised by the start-up to 397 million US dollars and valued the company at around 1.6 billion US dollars. No wonder that both Hinrikus and Käärmann were recently named as Estonia’s wealthiest people.

In 2017 TransferWise moved onto Monese and Revolut turf by launching what it calls a borderless account, which allows customers to receive and hold money in a number of currencies, and to spend in local currency via a debit card.

How will the legacy banks react?

So far, they have been unmoved by the rise of the challengers. But some industry insiders feel that they will need to respond soon.

“The success of start-ups like Monese – particularly in the UK – cannot be attributed to migrants alone,” says Charles Masters, an independent banking consultant. “It is clear that there is a market for no-frills banking, even if it comes at a fixed monthly price. Young people especially are unmoved by a lack of interest being paid on their balances, especially as interest rates in general are so low.”

Mr Masters believes that the legacy banks will have to offer accounts similar to those currently purveyed by Monese and TransferWise.

“There are whispers that at least a couple of major banks are preparing no-frills accounts. Some already claim to offer them, albeit packaged rather differently,” he tells Emerging Europe. “Their success will depend not on what they offer, however, but on how accessible they are. This is where Monese and TransferWise have a clear advantage: the ease of opening an account, especially the fact that it can be done direct from within a mobile app. Millennials do not want to give up any more of their valuable time than they have to, they certainly don’t want to start filling out forms in a bank. I think we are at the start of a genuine revolution. Monese and TransferWise are not start-ups who want to eventually become traditional banks. But if their success continues then we might see traditional banks becoming more like Monese and TransferWise.”

For Ukraine, 2019 will be a crucial year
Poland’s global champions
Comment