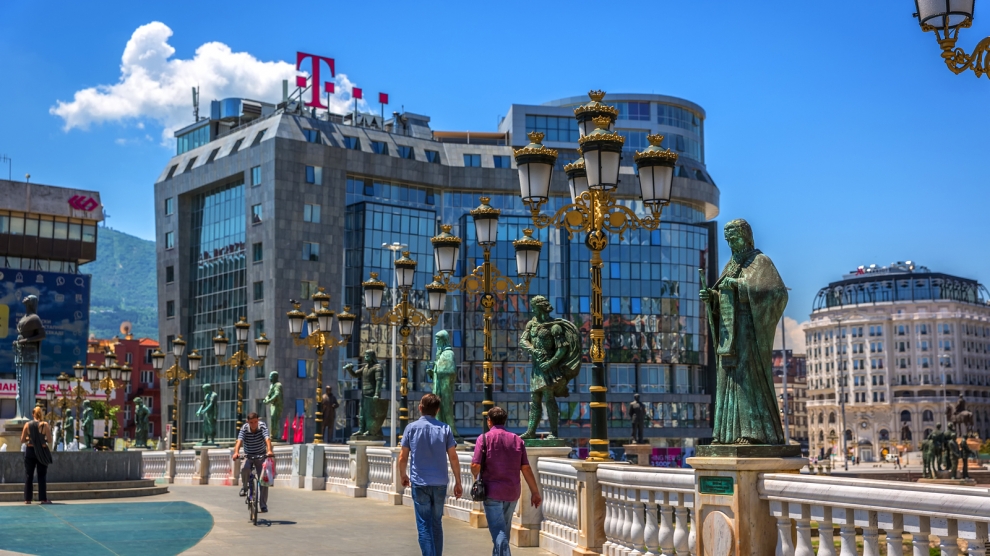 North Macedonia is the only country in the Western Balkans to make the Top 10 of the World Bank’s Doing Business Index. The country, which continues to aspire to Euro-Atlantic integration, is heavily dependent on foreign investors, and how it presents itself on the international stage is crucial.

North Macedonia has been at the centre of European and even world attention since the signing of the so-called Prespa Agreement last June, ending a nearly three-decades-long cultural dispute with Greece over the official name of the country. The deal allowed the country to proceed with its integration to NATO, something which is expected to have a positive effect on the Macedonian economy.

“The experience of other countries shows that when a country becomes a member of NATO, the inflow of FDI doubles as a percentage of GDP,” North Macedonian finance minister Dragan Tevdovski said earlier this year, adding that the government expects greater FDI inflows “now that the political situation has stabilised.”

After economic stagnation in 2017 caused by a decline in both private and public investment, the country’s economy expanded by 2.7 per cent in 2018 and it is now on course for a growth rate above three per cent for this year.

A projection of four per cent growth for 2020 might even need revising upwards, since the effects of the country’s future accession to NATO has not been taken into consideration, Mr Tevdovski added.

“Security is the foundation of prosperity,” NATO secretary general Jens Stoltenberg told the press in June, pointing to the rise of foreign investments in North Macedonia since the Prespa Agreement was signed.

“Big companies with billions in annual revenues are coming,” North Macedonia’s prime minister Zoran Zaev stated confidently. According to the PM, the agreement will open up not just political, but economic benefits since Greek companies have promised to invest more than 500 million euros in the country’s energy and agriculture sectors.

Attracting a high level of foreign direct investment is a crucial task for the country: FDI remains one of the main pillars of the Macedonian economy and the government’s efforts to create jobs. FDI totalled 624 million euros in 2018, close to six per cent of the country’s GDP. The FDI inflow is more remarkable in the sense that it is more than triple what North Macedonia received in 2017. Austrian, British, Greek, Dutch and Slovenian companies remain the country’s largest investors.

“Foreign investors find North Macedonia attractive due to several factors. It is located on a major transport corridor, leading from the Greek ports receiving goods from Asia to major export markets in Western Europe,” Peter Tabak, an economist at the European Bank for Reconstruction and Development (EBRD) told Emerging Europe, adding that the country “also has an industrial heritage from the former Yugoslavia and relatively skilled labour, although these skills have to be adjusted to modern business needs.”

In its latest Investment Climate Report, the US Department of State said: “North Macedonia’s legal framework for foreign investors is largely in line with international standards, and foreign investors are generally treated the same as domestic investors in similar circumstances. The country has simplified regulations and procedures for large foreign investors operating in its technological-industrial development zones.”

When it comes to the Western Balkans, anyone wishing to invest has to consider the political climate. Although EU leaders postponed the start of accession talks with the country in June, North Macedonia remains on course to eventually join the European bloc. “North Macedonia has continued to maintain a steady pace of implementation of EU reforms throughout the reporting period. The government has taken steps to restore checks and balances, and to strengthen democracy and the rule of law. The country has continued to undergo fundamental changes in an inclusive and open political atmosphere,” the European Commission wrote in its latest country-specific report.

“The government pursues market-based economic policies, with an increased focus on social cohesion, while also enhancing state aid. In collaboration with the IMF, the World Bank and the European Commission, the government implemented reforms to improve public finance management,” the report continues. However, it adds that “the policy stance needs further adjustment to address economic and fiscal challenges.”

While the small Balkan state of just over two million people is one of the leading 10 countries in the World Bank’s latest Doing Business ranking, said to have a better investment climate than Sweden or Canada, it ranks way lower on the World Economic Forum’s Global Competitiveness Index (GCI), coming in 84th place. Asked about what can explain this huge difference between the two ratings, Mr Tabak told us that the country had advanced a lot in its business legislation and many business processes during the 2000s, with the World Bank’s ranking acknowledging it. “The GCI, however, covers a broader scope and includes many other institutional elements where North Macedonia still has a lot of gaps to cover, including in improving the quality of the transport infrastructure and education, leveling the playing field for businesses, removing distortive taxes and subsidies or strengthening innovation,” he said. “While foreign businesses receive special treatment and large subsidies in free economic zones or technological industrial development zones, local SMEs often face a much more difficult business environment,” he continued.

“The country’s overall regulatory environment is complex, and frequent regulatory and legislative changes, coupled with inconsistent interpretations of the rules, create an unpredictable business environment that allows for corruption,” the US government report claims. While the current government pledged to fight against corruption, some NGOs assess that “the government’s dominant role in the economy created opportunities for corruption.”

According to Mr Tabak, the EBRD’s transition gap analysis shows that there is a great deal of room for improvement. A transition to a green economy by increasing the share of renewables, to an inclusive economy by lowering youth unemployment and increasing the labour market participation of women, as well as to a resilient economy by decreasing dependence on electricity imports would all help the country in attracting investment. “Also, competition from the informal sector and access to finance (more than in other Western Balkans economies) is a significant obstacle to doing business according to the EBRD-World Bank Business Environment and Enterprise Performance Survey,” he continued, stressing that political connections also have a high impact when it comes to doing business in the country.