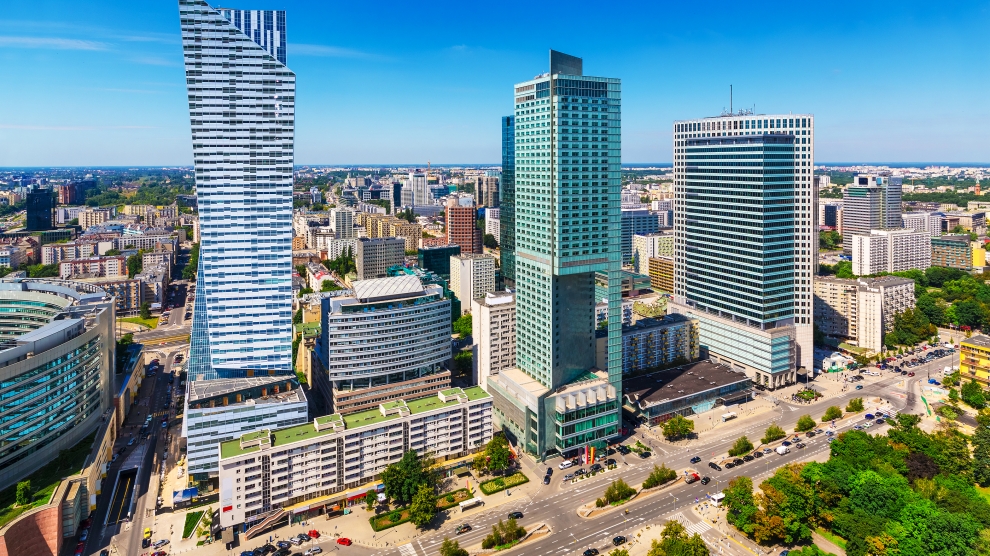 Following a global slowdown, economic growth in Central and Eastern Europe is expected to reach 3.3 per cent next year, a drop from 3.7 per cent in 2019.

The region’s outlook remains subject to significant risks. Among them is the slowdown in world trade, an escalation of trade conflicts, a no-deal Brexit, a sharper than expected slowdown in China, and a longer slowdown in export demand, especially from the region’s most important trading partner, the eurozone.

Furthermore, policy disagreements between some Central European countries and the European Union, election outcomes, and back-pedalling on structural reforms could also unsettle business and investor confidence.

The US and China are not the issues

Central and Eastern Europe has witnessed an unmatched growth period since 1991, and GDP per capita has risen by over 10,000 euros, an almost five-fold increase. According to the British think-tank Legatum Institute, the most prosperous zone within the region is what has been called the industrial hinterlands: Poland, the Czech Republic, Slovakia, Slovenia and Hungary. These countries have also played a key role in the German economy, with many companies relocating production to CEE and then exporting 20-30 per cent of their goods to Germany. But together with growth, they also share the decline.

Marcin Piatkowski, author of the book Europe’s Growth Champion and professor of Economics at Kozminski University in Warsaw believes that a no-deal Brexit or trade conflicts between the US and China won’t significantly impact the region’s growth.

“Poland, for example, benefits from its proximity to Germany, which has allowed it to join German and global value chains,” he tells Emerging Europe. “But proximity to Germany carries also its own risks: if the German economy slows down, countries that depend on it (like Poland, where a third of exports go to Germany), will feel also feel that slowdown. Growth will inevitably slow, although likely by less than elsewhere.”

Péter Balázs, director of the Centre for European Neighbourhood Studies (CENS), agrees that both for Hungary and other countries of the region, the most important external factor is economic dynamism in Germany.

“If it is raining in Frankfurt, there are drops in Budapest, too,” he tells Emerging Europe. “And the forecasts for Germany are not encouraging for the moment as a decline is expected by the end of this year. Other external factors, like Brexit or trade conflicts provoked by the US, have an only indirect influence on Central European economies.”

However, according to Erste Bank Hungary, the region is also enjoying huge domestic demand, which is mitigating the slowdown.

“CEE is home to open economies, which are dependent on the global economy,” Mr Piatkowski continues. “The IMF projects that global GDP growth this year will be the slowest in the last decade. Still, most CEE countries are doing great: for example, Poland is projected to grow to close to 4.5 per cent this year, six times faster than Germany.”

However, Polish growth has still slowed, from 5.1 per cent to 4.2 per cent according to the EU Commission.

“For a high-income economy like Poland, there is nothing wrong with GDP growth exceeding four per cent,” Mr Piatkowski explains. “The key question is not about the short term but about the long term: how to sustain a 3.5-four per cent growth in the long term. There are many policies that are needed – I spell them out in the list of policies which I call the Warsaw Consensus. But three policies will be key: strengthening institutions, promoting immigration and enhancing innovation. On immigration, for instance, Poland will need to open its labour market even more, especially when the influx of Ukrainians, who have so far filled the gaps, will stop. Finally, Poland needs to move from imitation to innovation, from potato chips to microchips.”

However, it is not all bad news for Poland.

“Poland is by far the largest economy in the region, which makes is less dependent on external factors; it has experienced the highest increase in the quality of human capital over the past two decades, and it is the only country in the region with a thriving domestically owned production sector,” Mr Piatkowski adds.

In the Caucasus, Azerbaijan’s growth this year has been remarkable. According to the World Bank, while GDP growth was just 1.1 per cent in 2018, it is projected to reach 3.6 per cent in 2019.

According to the Institute of International Finance (IIF) analysts, the main drivers of economic growth in the country are the Southern Gas Corridor (SGC) and continued improvement in the services sector. A key element of the SGC is the Trans Adriatic Pipeline, which from 2020 will allow the transport of 10 billion cubic meters per year of natural gas from the offshore Shah Deniz field to Europe.

“Like many other oil-exporting countries, Azerbaijan was also highly affected by the reduction in global oil prices beginning in 2014,” says Shaig Adigozalov, director of the Economic Analysis Department at the Central Bank of Azerbaijan. “The sharp decline in export revenues, as well as an increase in foreign exchange payments for foreign debts and liabilities led to a large deficit in the balance of payments and created downward pressure on the local currency.”

But as a response to the economic fluctuations, both monetary and fiscal policies were adjusted accordingly and the Central Bank of Azerbaijan conducted a restrictive monetary policy to curb inflationary pressures.

“As a result of the stabilisation policy, positive economic growth was restored by 2017. In 2018 GDP growth stood at 1.4 per cent. Inflationary pressures subdued, as the economy adapted to a new, lower level of oil prices,” Mr Adigozalov tells Emerging Europe. “In the first half of 2019, GDP growth stood at 2.4 per cent, while it was 3.2 per cent in the non-oil sector of the economy. Real GDP is projected to expand by around three per cent in the medium term as the impact of new spending packages kicks in and the gas pipeline network comes on stream. Subsequently, hydrocarbon growth will stabilise as expanding production from the Shah Deniz II gas project and the Azeri Central East oil project compensates for declining oil production in other fields. With oil prices projected at around 60 dollars per barrel and the fiscal position improving, the current account surplus will remain sizeable.”

The future of growth: digitalisation

Back in Central Europe, Mr Balázs believes that the four countries which make up the Visegrad Group (Czech Republic, Hungary, Poland and Slovakia) depend too heavily on certain factors, including the inflow of EU funds, assembling or sub-contracting for western European companies, mainly in the car industry, and employment of an important part of their workforce in Western Europe.

“These constitute short term effects and do not form the basis of sustainability in the long run,” he says.

Consultancy firm McKinsey points at digitalisation as the next driver of sustained growth for the region, with 200 billion euros of additional GDP by 2025 at stake.

Primarily, digitalisation will help the region by improving its productivity through a digital transformation of the public and private sectors and by boosting e-commerce and offline consumer spending on digital equipment. Also, the public sector can play a role in the transformation by using digital technology to achieve faster, smoother processes and services for both companies and ordinary citizens.

“Digitalisation will be helpful,” Mr Piatkowski adds. “Development is like riding a bike, you have to pedal to move forward; if you stop, you fall. In the same way, countries need to continue to reform to move forward and not fall. Digitalisation is one of the areas where they can excel; they can even beat the more developed economies. Poland, for instance, is already more developed in electronic payments than Germany.”