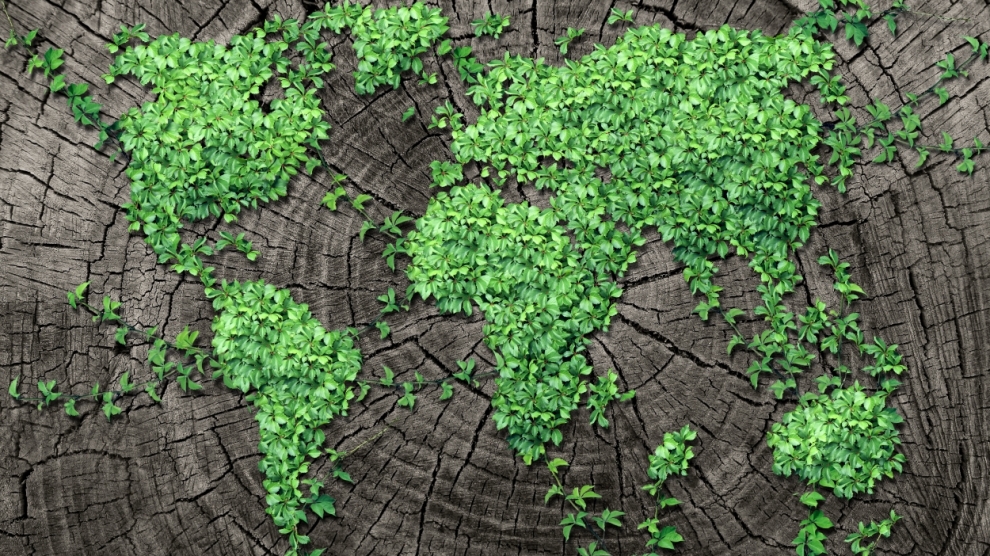 Building a green economy is a new trend, now, for every country. But still, many countries are concerned about environmental limitations that can slow down the economic growth.

The emerging Europe countries are now entering a period of slower growth. Despite the fact that the income gap with Western Europe countries has become narrower, not everyone seems to have shared this prosperity. Enhanced policy structures and supportive reforms have helped these countries in the last decades, but nowadays the financial crisis is affecting these markets badly.

The key factor to close the still existing gap is surely the level of competitiveness, which has been recently redefined.

“In an environment of rapid and unpredictable innovation, competitiveness is synonymous WITH flexibility and adaptability. Finding ways of acquiring and keeping a competitive edge ensures access to markets and global outreach,” says Maria Demertzis, Deputy Director at Bruegel.

“Inevitably, competitiveness is tightly linked to the ability to deliver price-to-quality. That is not new. What is new in my view is the way of exploring innovative and previously un-thought of ways. A good example is the ability to explore connectivity, like in a sharing economy,” she adds.

Cameron Hepburn, Director of Economics of Sustainability Programme at the Institute for New Economic Thinking at the Oxford Martin School, says trust in government and political institutions is vital for all sorts of reasons, and maintaining that trust is arguably an increasing challenge for many countries, including some of the most wealthy. “Sustainable development is very difficult without such trust, so this is a serious issue”, he continues referring to the importance a green growth has acquired today.”

We are all aware that the core of social capital is building trust between societies and governments.
“It is what we claim more and more”, former Polish Minister of Finance, Professor Grzegorz Kołodko, tells Emerging Europe. “In 2017, Polish social capital is weaker than one decade ago. The most important thing nowadays is to be competitive and everyone is afraid that someone else can cheat. In this way there is a lack of trust in building partnerships because businessme are afraid.”

“There is only one way to restore or gain trust and that is to earn it. To do that, globalisation needs to work, not only for the few but for the most and in demonstrable ways. Globalisation does not need to eliminate inequalities, but it does need to distribute benefits in ways that are fairer,” Breugel’s Ms Demertzis adds.

“This lack of trust is weakening stability. There is an atmosphere of suspicion and illusion and this plays an important role on the long term orientation of the business sector. If people trust politics, if people trust management, it is always better. You cannot trust management in such an atmosphere. We need to accept the risk; the risk to expand, to invest money without guarantees but still while expecting some things to be solid and predictable,” Professor Kołodko continues.

So what is the right political response? Anders Åslund, resident senior fellow in the Dinu Patriciu Eurasia Centre at the Atlantic Council, says that what matters are not specific policies that governments pursue but how a government can pursue policies that are adequate to the situation of the country. He gives Latvia’s Prime Minister Valdis Dombrovskis as an example.

“He was re-elected twice after GDP had fallen 24 per cent during his tenure. He laid off one third of the civil servants and cut public wages by an average of 28 per cent. It is important that belt-tightening applies to the elite and not only to the general public. Justice and fairness need to be maintained,” says Mr Aslund and referring to banks, he adds that “banks need to be properly capitalised and regulated so that bad debts are shown and written down. Bank ownership needs to be transparent.”

It is not all about transparency. Banks need to be more digitalised, considering that young people are more used to digitalisation and can avail themselves of the benefits of financial inclusion. When asked about the recent surveys of happiness, where there are big differences between western economies being less happy and transition ones being more happy, Mr Isfandyar Zaman Kha, Financial and Private Sector Development Leader for European Member States, explains the concept through a lens of behavioural economics: “When those in transition economies see the developed world in a sort of economic crisis, their own circumstances look less worse and thus, as a consequence, they respond by saying they feel happier.” 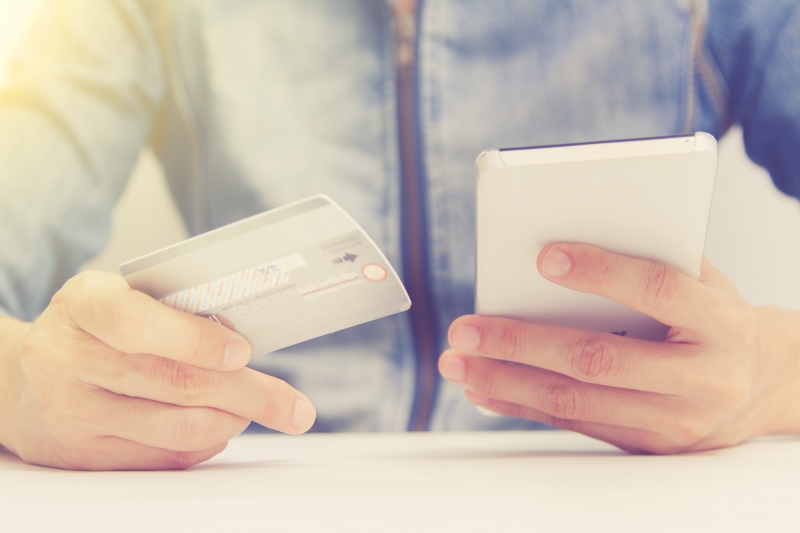 Building a green economy is a new trend, now, for every country. But still, many countries are concerned about these environmental limitations that can slow down the economic growth. For Ms Demertzis, this is sadly true but just in the short term because in the long run they ensure that we can sustain growth. “This is a typical example of how short-term benefits can jeopardise long term and sustainable objectives. However, since the environment is shared by all, it is necessary to manage it collectively and comprehensively,” she says.

Mr Hepburn also underlines that many great minds have sought to address the question of whether there are environmental limitations to growth over recent centuries with detailed, focussed and empirical works.

“There is no firm evidence yet that protecting the environment needs to limit growth. On the contrary, the economic transformation involved in moving to a net-zero emissions economy will require a great deal of capital investment, and may even increase measured growth in GDP (if not welfare) in the short term. As another example, once renewable energy is cheaper than fossil fuel-based energy, and is widely available, economic activity is likely to get a boost,” he says.

The economic gap is closing and so too are the happiness and the gender gaps. According to the World Bank, in the majority of the most developed CEE countries the gender gap as it relates to basic financial inclusion is negligible. Isfandyar Zaman Khan, Programme Leader for European Member States, says that in Ukraine for example, 52 per cent of females own a current account compared to 54 per cent of males.

“The situation is slightly different in Romania, where a gap still exists, with 65 per cent of males owning a bank account while the percentage of females stands at 57 per cent. However, there is not much difference in transition countries that have liberated economies. At least if we talk only about access to bank accounts. If we refer to more sophisticated financial services, such as the number of companies owned by women, then the situation is different. But we are going beyond the basic financial inclusion,” he tells Emerging Europe.

When we refer to financial inclusion, Mr Zaman Khan explains that at one level it is all about the access to financial services and the access to opening accounts. “Thanks to surveys conducted globally, we know that there are five barriers indicated as such: costs, documentation, distance, trust and religion. Trust is the most affective one, since some people lack trust in the banking sector. Romania is a very good example, since 12 per cent reported costs and trust as a barrier and just three per cent reported it was documentation. Then there is Hungary, where just one per cent pointed out documentation as a barrier, while costs and trust are reported to be respectively 15 per cent and 11 per cent. Any government’s primary role is to guarantee consumers’ protection and thus alleviate the trust barrier. People cannot exercise their right as consumers if protection is low,” he says. 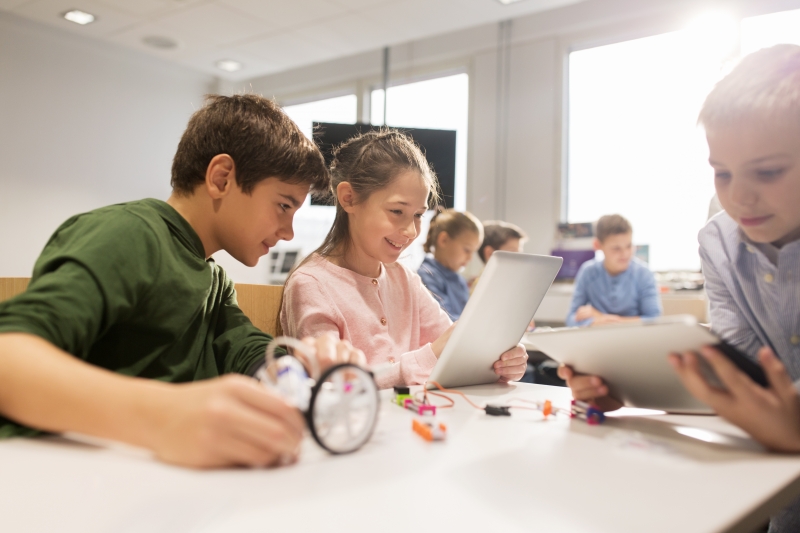 War of the genders

However, when it comes to work inclusion in the field of green economics, the situation is much more different. Lots of women do not have access to those professions, mostly because the education system does not make them feel that it is a remunerative profession.

According to Professor Bipasha Baruah, Professor and Canada Research Chair at Western University, there are four major reasons for women’s underrepresentation in the global renewable energy (RE) workforce.

“Firstly, there is systemic misperception and devaluation of women’s technical abilities. Women in technical fields are deemed less competent than men even when they are more highly qualified than their male peers. Secondly, women are underrepresented in STEM fields (science, technology, engineering and mathematics) almost everywhere in the world, and employment in the most well-paid jobs in RE, namely, construction, installation, engineering and architecture tend to require STEM training. Thirdly, public policies and corporate policies, to enable equity in training and employment in RE, are either very weak or absent in many contexts. Finally, the persistence of patriarchal social norms and assumptions about breadwinning and caregiving make it difficult for women to assert themselves on a par with men in these fields,” she explains.

Ms Baruah adds that women can gain optimal traction from RE initiatives only within the context of wider socially progressive policies, as well as more transformative shifts in societal attitudes about gender roles. “This is as true for developing countries and emerging economies as it is for industrialised nations. Simply creating opportunities for training and employment in new fields and suggesting that women are not unwelcome in them is not enough,” Ms Baruah concludes.

She made a comparison study of the percentage of female engineers in the USSR. In the 1980s nearly 60 per cent of engineers were women while in 1998 the figure had decreased to 43.3 percent and in 2002, it was just 40.9 percent.

“I use the Russian example not to advocate a return to Soviet-style central planning, but rather to emphasise that state initiatives aimed at improving representation and removing barriers for career advancement for women in engineering and policy-making can be effective. They can benefit the RE sector in industrialised, emerging and developing economies. Such as what is happening in the Baltic nations of Estonia, Latvia and Lithuania, where female professional and technical workers still outnumber men two to one,” she explains.

There is no need for a shock therapy to take emerging countries to a positive transition process. As Professor Kołodko says, we should take gradual steps to reach this goal.

“The situation is more different today than in earlier times. Today, it is a big challenge, more in CEE countries than in post-soviet republics. In countries such as Slovenia, Slovakia, Poland and Hungary, we should be concerned about inequality and the rise of nationalism. It is more urgent for these countries than, for example, other emerging markets such as South America. Of course there is the other side of the coin, considering that these transfers are mostly supposed to be for families with more than one child or with disabled ones; sometimes they are just getting a salary without doing anything and enjoying life only because they have more children,” the Professor adds.

However, Professor Kołodko and EBRD’s Mr Guriev highlight the education system as one of the pillar for transition economies.

“The long term challenge, the most important one, is to invest in human capital and education. It has been proved that the better the education is and the more money is spent in education and training, the faster the economic growth,” says Professor Kołodko.

“Our analysis shows that education indeed matters for income, well-being and career opportunities for children. However, in some countries the best-educated citizens work outside of their home countries. Their well-being is higher while the impact of education on the economy is less pronounced. Countries should invest in promoting entrepreneurship and investment in knowledge-based industries which provide jobs for the educated – as such sectors have substantial positive spill over for local economies,” Mr Guriev adds.