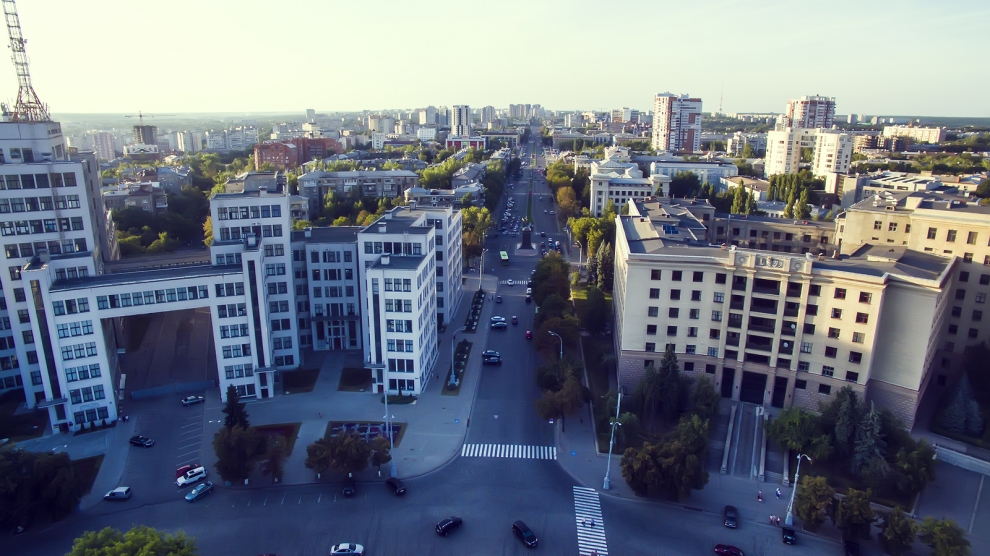 “Kharkiv is the cradle of three Nobel laureates in economics, physics and medicine, the country’s strongest academic school of science and a number of other prestigious universities, which every year make it into the international rankings,” says Victor Shalnyev, CEO of NIX Solutions, a leading custom software development company based in Kharkiv.

In 2017, 95 per cent of Kharkiv’s total sales in IT services were exported, of which the main beneficiaries were the US with 65 per cent of total exports and Europe with 25 per cent. Why is there such a huge difference between the export to the US vs Europe?

“In the case of NIX Solutions, it is situation-dependent. Having started working with a large US corporation back in the 2000s, we earned a rock-solid reputation there and focused on the US market for some time. For the last few years however, we have been exploring the European market closely and we now are expecting the European and US parts of our turnover to become equal in the near future,” Mr Shalnyev tells Emerging Europe

In comparison to other emerging Europe markets, Mr Shalnyev is adamant that Kharkiv, as well as Ukraine, wins the day in terms of the cost of living, even if other European cities lead with respect to what he calls comfort of living, such as the number and quality of services and sustainable urban environment. On the other hand, the gap in the comfort of living has been narrowing in the last decade. In many respects, Kharkiv can be compared with many other European cities.

However, even though PwC has deemed Kharkiv to be a “massive outsourcing hub in Ukraine,” some of the reports findings are less encouraging, and could hurt the IT sector in Kharkiv and Ukraine as a whole.

First of all, when it comes to IT services the entire industry in Kharkiv relies on exports, according to many of the CEOs interviewed for the report, and the lack of a domestic market could be a constraining factor.

Another issue is remuneration. With increased demand for IT specialists, salaries offered in Kharkiv can be similar to those offered in the US, which according to some could push international clients to look at their domestic markets rather than outsourcing. Also, the increased demand for higher remuneration can also affect the start-up eco-system, especially for those in the early stages of development.

“The level of remuneration is increasing in Kharkiv and can reach up to 3,000-4,000 US dollars per month,” explains Pavlo Obod, founder of Sloboda Studios. “This could convince clients that it would be easier to hire domestic specialists, since they speak the same language, reside in the same time zone and have a better insight of the local market.”

Another issue causing problems for Kharkiv is the lack of decent infrastructure and communications (transport). According to the report, only 37 per cent of air travel was made by direct flight, which means that two-thirds of those visiting the city have to do so via connecting flights.

In recent years, foreign direct investment (FDI) into Kharkiv and Ukraine in the IT sector has remained stable, and is not really growing. According to Mr Shalnyev, the reason for low FDI growth lies in a lack of trust.

“I think it is related to the low trust of investors (foreign as well as Ukrainian) to governmental guarantees which we inherited from the previous regime. However, the situation is changing for the better, but this process is still pretty slow. I am sure that we’re already standing on the edge of significant investment growth. A second factor is an uncertainty in needs and growth perspectives of the field,” explains Mr Shalnyev.

Despite the challenges, the report shows that Kharkiv is a good destination with room for improvement and perhaps opportunities for large corporations to help develop the city and its infrastructure. The macroeconomic model developed by PwC forecasts that by 2025, the IT industry of Kharkiv will double in size and be worth approximately 1.85 billion US dollars.

“The presentation of this research will definitely boost activity in economical segments close to IT. It can already be used as a great base for creating business-plans,” concludes Mr Shalnyev.