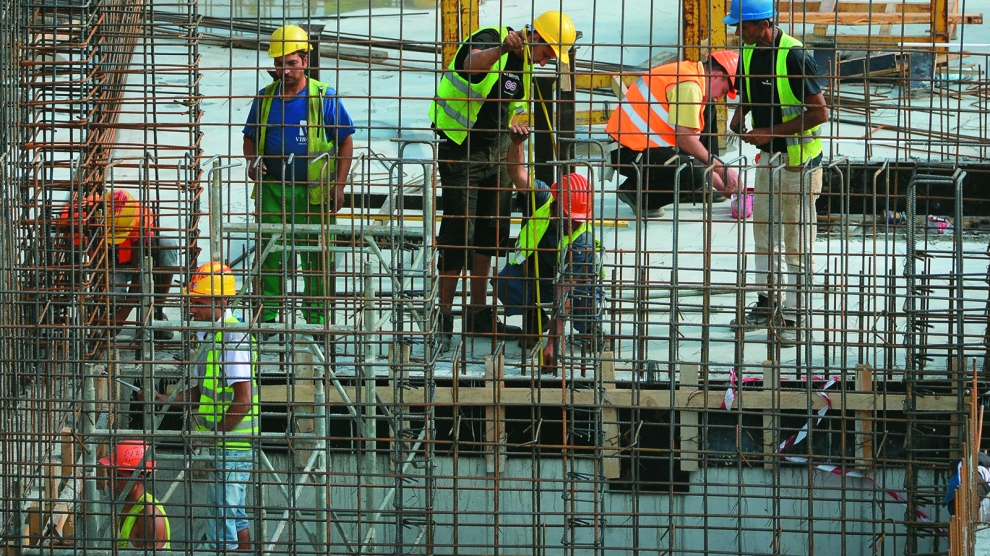 Reports that big increases in wages are threatening jobs in emerging Europe have been greatly exaggerated. In fact, the region needs a pay rise.

Josef Stredula, the boss of the Czech-Moravian Confederation of Trade Unions (CMKOS), the largest trade union in the Czech Republic, does not believe that rising wages pose a threat to jobs in emerging Europe. Far from it. A leading campaigner to end what he calls “the wage Iron Curtain,” he had a simple message for delegates at a conference organised in Brussels in January by the European Trades Union Institute (ETUI): Europe needs a pay rise.

“For us, CMKOS, the wage Iron Curtain between the old and new EU countries is unacceptable,” he says.

He has a point. While the west-east wage gap narrowed, at least in nominal terms, in the years leading up to 2008, the global international financial crisis, while not bringing convergence to an abrupt end, certainly slowed it down. It has only begun to show signs of revival over the past 12 months.

The Czech Republic currently has the fifth lowest monthly minimum wage in the European Union, at just 407 euros. Only Latvia and Lithuania (380 euros), Romania (321 euros) and Bulgaria (235 euros) offer lower minimum salaries. The highest minimum wage in emerging Europe is in Slovenia, at 805 euros per month: higher than Greece, Malta and Portugal, but still far less than Spain and the rest of western Europe.

Lucie Studničná is CMKOS’s international secretary. She dismisses the idea – oft reported – that multinationals plan on leaving Emerging Europe because of rising wages. In fact, she feels that there is still room for wages to rise.

“It’s not wages that pose a threat to jobs,” she told Emerging Europe, “but digitalisation. Nobody has actually even raised the issue of labour costs being too high. Wages, compared to productivity, are low. We are always comparing wages with those in western Europe, particularly minimum salaries: if the wages of Skoda workers in the Czech Republic – for example – are not at least equal to the minimum wage in Germany, then something is wrong. The trade unions are well aware that at some point the low cost model needs to be transformed to a high added-value model, so there is still room for wages to increase.”

Race to the bottom?

While Mrs Studničná is – with good reason – optimistic, some workers in emerging Europe remain concerned that what they view as a race to the bottom will eventually cost them their jobs. One example is Dacia, the Romanian car maker. Trades unions in the country are amongst the weakest in the European Union.

Dacia had a very good year in 2017. Sales of its various models increased by more than 12 per cent, with more than 655,000 cars being sold globally. The brand, owned by Renault, now has a 2.5 per cent share of the European automobile market. Dacia’s biggest seller is its budget Sandero model, followed by the increasingly popular Duster, an SUV. Prices for the Sandero begin at 5995 pounds in the UK, while a top-of-the-range Duster costs 16,395 pounds. The western European market now accounts for 70 per cent of sales of a brand which was once sold almost exclusively in Romania.

Last year was also however the first in Dacia’s history when a majority of its cars were manufactured outside of Romania: in this case, at Dacia’s two plants in Morocco. Dacia’s factory at Mioveni, near Pitesti in southern Romania, produced 313,883 cars: a five-year low. Staff at the plant are concerned. New rumours that Renault plans to ditch Romania altogether – always flatly denied by the French company – “circulate almost every few weeks.”

Since 2010, salaries in Romania have climbed 142 per cent. The average salary for a Romanian Dacia worker is in the region of 1070 euros. Dacia’s workers in Morocco earn, on average, approximately half that.

It’s all about value

Matei Paun, one of five partners at BAC, an investment bank with interests across emerging Europe, is reassuring. He believes that any increase in wages is unlikely to deter investors as long as value stays high.

“It would be a problem if wages were going up and productivity wasn’t,” he told Emerging Europe. “But this is not the case. As long as wages and productivity continue to increase together – and there is still great scope for both to grow – then I do not see any issues. There is plenty of low-hanging fruit still to be grabbed.”

According to the National Bank of Romania, in 2016 Romanian productivity was 31 per cent of the EU average. However, wages were just 22 per cent of the EU average, making Romania the most cost-effective manufacturing base in the union, and proof, the bank suggests, that wage increases have not eroded the country’s competitiveness.
Romania is not alone in being able to boast higher relative productivity value. All of the emerging European EU member states (Bulgaria, Czech Republic, Estonia, Latvia, Lithuania, Poland, Romania, Slovakia and Slovenia) have higher relative productivity than Germany.

“Production in manufacturing is more profitable in CEE than in western Europe,” wrote Martin Myant in his recent study of why wages are still lower in central and eastern Europe. Mr Myant, senior researcher and head of European economic, employment and social policy at the ETUI, claims that the share of personnel costs, predominantly wages, in value added is substantially lower in CEE than in Germany and than the EU-28 average.

“Wage increases are a result of graduates and employees acquiring new skills and improving productivity while creating more value for their clients,” says Mark Robinson, a CEE research specialist at Colliers, a major real estate agency, who at the close of 2017 authored a major report on the availability of qualified workers throughout the CEE region.

What will keep Dacia in Romania for the foreseeable future is precisely that value Mr Robinson refers to: it is not a coincidence that the Duster – not only Dacia’s most expensive but also most advanced automobile – is produced in Romania, not Morocco. 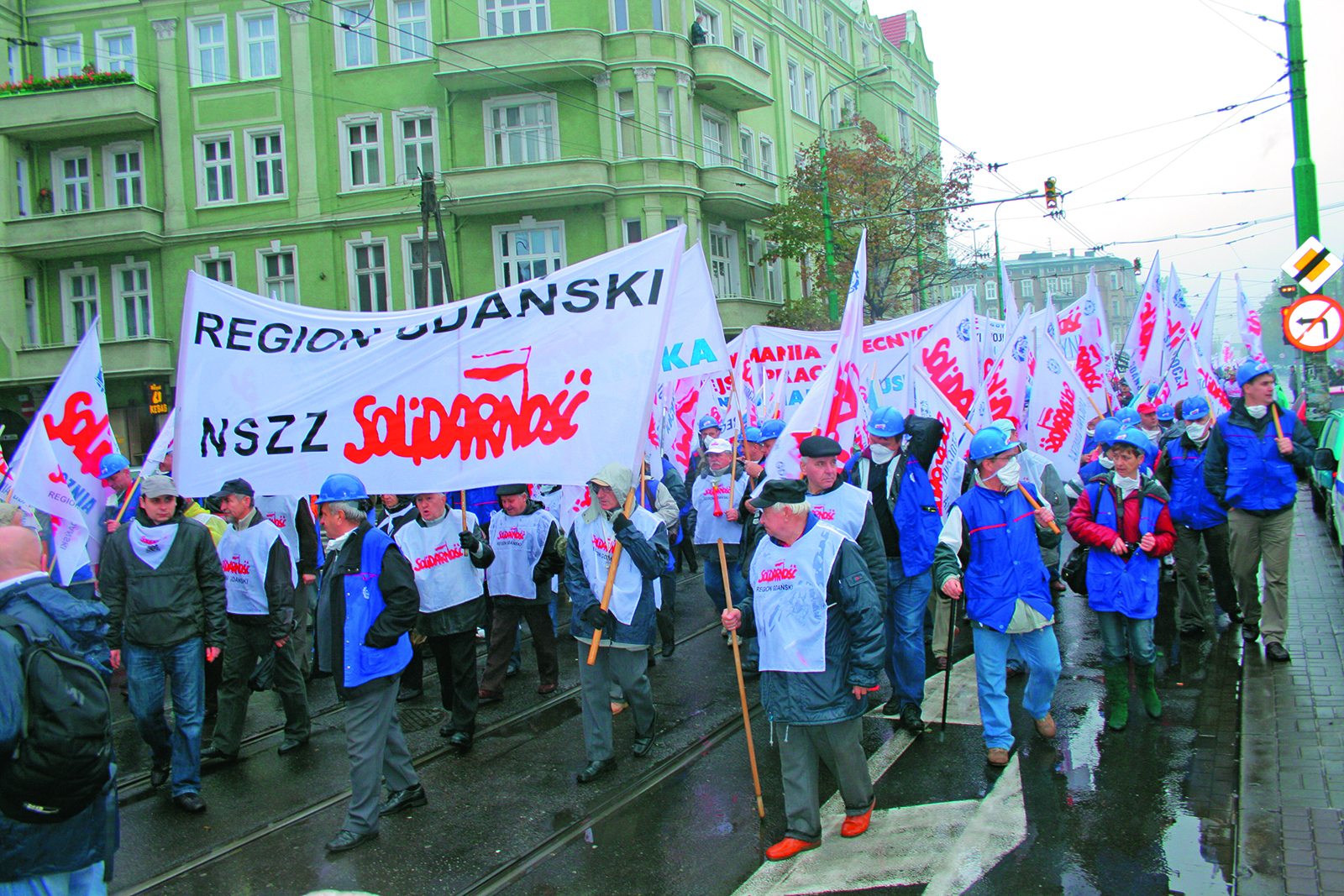 More money, or we leave

Of the almost 2.3 million Poles who have emigrated to western Europe since 2004, more than a third have cited the higher salaries on offer as their primary motivation for leaving. The percentage is even higher for Bulgarian and Romanian migrants.

While their departure has undoubtedly had a positive impact on wage growth, this has more often than not been limited to the public sector: doctors, nurses, teachers. Most of CEE’s governments have tried to counter emigration of these skilled professionals with large, across-the-board pay increases, usually without any great success. The only emerging European countries which appear to have prevented a haemorrhage of doctors are the Baltic States and the Czech Republic, where a deal on higher salaries was reached in 2011, but only after a quarter of the country’s doctors threatened to quit the Czech health system and emigrate. More than 15,000 doctors have left Romania since 2007, when the country joined the EU. Despite increases the average salary in the health care sector remains low, below 500 euros.

If things are dire in the public sector, in parts of the private sector emigration has been little short of devastating.

Secuiana, which makes trousers for a number of high-end foreign customers, was founded in Transylvania in 1968 and was one of the first Romanian companies to be privatised after 1989’s revolution. It’s owner, Laszlo Dobra, says that finding staff is increasingly difficult.

“We currently employ 460 people,” he tells Emerging Europe, “but our workforce is decreasing year by year. People are moving abroad for better salaries. Unfortunately, our industry is at the bottom of salary levels. Therefore in recent times we have been facing serious problems in finding a workforce. And I do not mean qualified people, but anyone, even unqualified people we would need to train ourselves.”

Public or private, the conclusions are the same: higher wages are not driving jobs away as much as low wages are driving workers away. Mr Dobra sees the future in commerce, not production. “The future for us is our own brand, which is well positioned on the market.”

At the higher end of the employment spectrum, wages are barely increasing. Paul Wood runs Apple Search, an executive recruitment consultancy which places people in senior jobs across central and eastern Europe.

“Salary expectations are growing a bit,” he tells Emerging Europe, “but this is certainly not 2006. And while I am not really struggling to find candidates, it must be said that millennials are very highfalutin and engineers can have absurd ideas about what they should earn.”

Outside of the EU, in Belarus, where workers cannot so easily up sticks and head west, low cost is still crucial to driving growth and attracting investment. Salaries, which averaged 340 euros per month in 2017, have actually fallen sharply since peaking at around 480 euros in 2013, a result of the commodity market – on which the country’s economy relies heavily – currently being at the bottom of its cycle.

Even here though, finding the right mix of cost, productivity and value is crucial.

“Belarus is unique in that it is one of very few countries which transitioned without dismantling its manufacturing base,” says Matei Paun. “This of course has both advantages and disadvantages. Many of the huge conglomerates from the Soviet-era survive, but even in their case some have managed to transform themselves into leaders in a particular niche or price segment. Take MAZ, the manufacturer of heavy duty mining trucks, or Belarus tractors. They are very competitive because they give you 80 per cent of Caterpillar quality at half the price. And no, you will not find a Belarus tractor in Germany or Kansas, but you will see them all over BRICS countries.”

Far from seeing jobs threatened by rising wages, much of emerging Europe is in fact currently in the sweetest of spots combining relatively low cost with relatively high standards; at least from an investor’s point of view. But the days of low cost need to end. If they do not, then emigration, and a lack of investment in skills and training may see the paradigm shift once more. As the cost of doing business in emerging Europe rises, there will still be opportunities for companies ready to invest in know-how, in training, in their workers, and able take the step up from low cost to high quality, or – as with Belarus – outstanding value. And that investment must include higher wages.

“Without an increase in wages, accompanied by a more general shift in economic strategy, the countries of central and eastern Europe will remain in a ‘middle-income trap’, never able to converge to western European levels,” concludes Martyn Myant in his recent study. “Full convergence of wage levels can only be achieved if increases in pay levels are accompanied by measures to create the basis for higher levels of economic activity. That would include investment in skills, education and research and the creation of an institutional structure appropriate for innovation-led growth. This implies a greater strategic role for an active state, both to encourage domestic economic activity and to encourage FDI in the kinds of activities that can support higher pay levels. That would be a big change from policies that have sought to generate economic activity only through keeping wages in check and keeping tax levels below those of western Europe.”