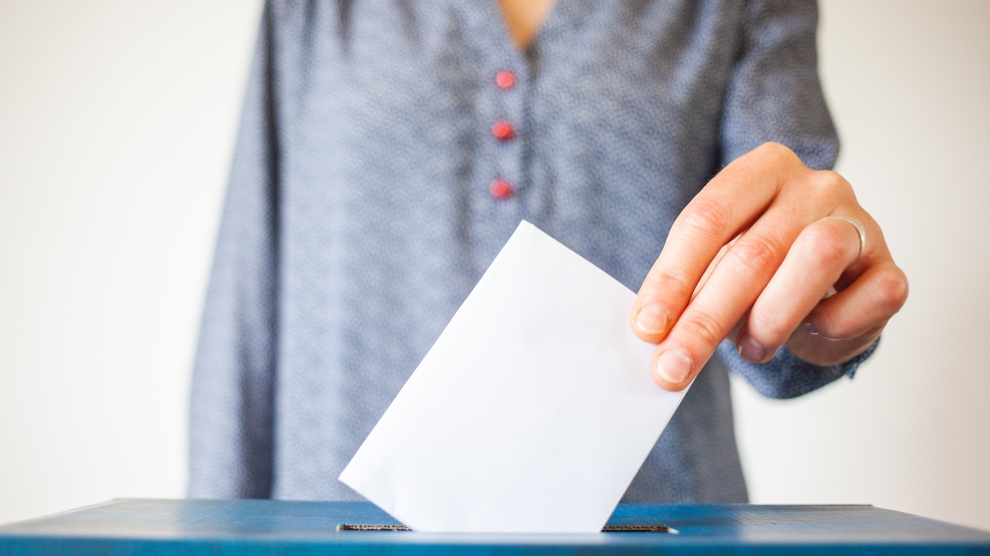 It was New Zealand which first granted women suffrage in 1893, and the origins of women’s rights are often associated with western countries (or those, like New Zealand, which were former western colonies). But it was not until 1920 that the United States gave women the right to vote in 1920, while other so-called enlightened countries took decades to do the same: France in 1944, Italy in 1945 and Switzerland only in 1971.

On Women’s Equality Day (August 26), it is therefore worth reminding ourselves that many of the countries of Central and Eastern European gave women the right to vote before the United States.

One of the reasons for this is that in many of the CEE countries women’s rights came together with independence. According to Ruth Rubio-Marín, professor of constitutional and public comparative law at the European University Institute in Italy, while women’s participation in World War I might have been a triggering factor in some countries, it is a country’s struggle for independence which appears to have been a more galvanising force.

In fact, in Estonia, Latvia and Lithuania, female suffrage – granted in 1917 – was partly related to women’s involvement in the nationalist struggle against the Russian Empire. Estonian Emma Asson, the first woman ever elected to the country’s national parliament, participated in the creation of the first Estonian constitution, particularly focusing on education and gender equality. At the same time, Latvia not only allowed women to vote and serve in office but also ensured a minimum percentage of representation, so that women would make up about a third of all elected officials.

Lithuania recently marked the centenary since women were granted the right to vote. Unique traffic lights featuring a women’s silhouette were switched on in Vilnius’ Konstitucijos Avenue, and special postcards were handed out outside the Central Post Office, all under the watchful eye of Dalia Grybauskaitė, the first woman to hold the position of President of Lithuania.

The Baltic countries were followed, in the same year, by Georgia, Hungary and Poland.

At the beginning of the 19th century, Tbilisi was a very dynamic place, a crossroads between the north and the south, Europe and Russia. Kato Mikeladze founded the first major movement of suffragists in Kutaisi, through her newspaper Voice of Georgia’s Women which published translations of the most interesting European feminists. Its campaign was a success and four per cent of the delegates in the first Georgian parliament were women.

The Hungarian case was unusual as there wasn’t a real suffragette movement. The cause of women’s rights was concentrated more on education. Blanka Teleki and Klára Leövey were the most important figures of early Hungarian feminism, fighting to secure the position of women in the education system.

Armenia started to legalise feminist movements in 1917 and passed a law offering them the vote two years later. Unfortunately, the independent experience of the Armenian republic was short, but it was significantly important for women’s rights. Lilit Zakaryan, deputy head of the Yerevan-based ProMedia-Gender NGO, explains that the new Armenian leaders of the time were educated abroad, had witnessed the movements for emancipation in Europe and understood that women could have a big role in the survival of the nation. In fact, the first women who obtained the most prominent public positions were not famous feminist-activists but educated, socially active women, married to leading politicians.

Belarus also enjoyed only brief independence. And despite having obtained the right to vote in 1919, women had to wait until 1990 for parliamentary representation. The World Economic Forum reports that today feminism remains a taboo word in Belarus and only a few women openly admit to being feminists, as the country continues to emphasise the maternal role of women.

Ukraine has a long story of feminists movements, as it is the birthplace of two extremely influential and radical feminist organisations: the Ukrainian Women’s Union of the 1920s and FEMEN, the organisation behind several topless protests against sex tourism, religious institutions, sexism and homophobia.

Women may have long ago won the right to vote across emerging Europe, but they remain underrepresented in politics. Poland (where just 17 per cent of MPs are women) and Hungary (an awfully low 7.1 per cent) are behind the EU average (30.2 per cent). Overall, according to data from the World Economic Forum, the Eastern Europe region ranks fourth globally in terms of female parliamentary participation, behind Latin America and the Caribbean as well as Western Europe.

Automotive components: The rising star of the Macedonian economy
An age-diverse workforce is key to productivity
Comment