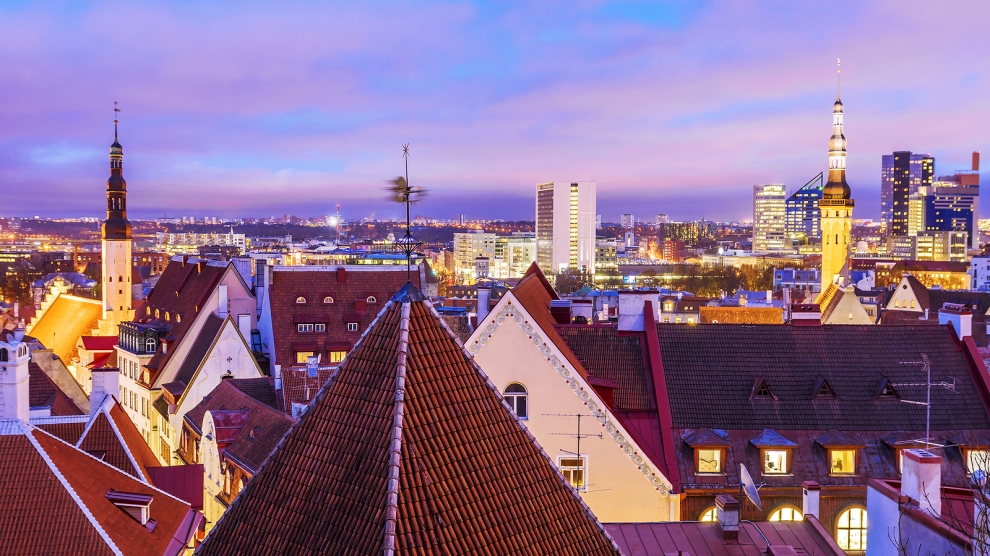 In his report The Baltic Sea Region Economies: Progress and Priorities, economic advisor David Skilling defined the Baltic states (Estonia, Latvia and Lithuania) and the Nordics (Denmark, Finland, Iceland, Norway and Sweden) as the Top of Europe. Geographically close, the two regions have in recent decades developed into an integrated, high performing economic area.

Since the accession of the Baltic states to the European Union in 2004, the countries have worked together under the umbrella of an informal Nordic-Baltic Eight (NB8).

Kristi Raik, director of the Estonian Foreign Policy Institute, believes that due to the changing dynamics of the European Union, there is space for medium-sized players and cooperative regional formats such as the Visegrád Four (V4) and the Nordic-Baltic member states.

“It is time for the Nordic-Baltic states to cooperate more strategically in areas where common positions can be identified, such as reform of the eurozone, protection of shared values, free trade, digitalisation and regional security,” she said, recalling how coalition-building has always been a feature of the EU decision-making process, even more significant in recent years.

The Nordic-Baltic region, a digital frontrunner

Nordic countries often top rankings looking at innovation and digitalisation, positioning themselves as the digital leaders in Europe. At the same time, the Baltic region is becoming emerging Europe’s innovation hub.

In 2017, Baltic and Nordic ministers in charge of digital development declared their intention to make the Nordic-Baltic region a digital frontrunner by enhancing the digital single market and strengthening the competitiveness of their enterprises through digitalisation.

“Competitiveness will be enhanced if we promote initiatives that will make the region a centre of leading edge digital technology developers and suppliers within the new data economy. That will then contribute to realising the potential of digital disruption, by opening up markets for new services through flexible and adaptable regulations,” says Svein Berg, managing director of Nordic Innovation, whose aim is to make the Nordics a pioneering region for sustainable growth and works to promote entrepreneurship, innovation and competitiveness in Nordic business. “We can also think about promotion initiatives, facilitating the uptake of digital technology and innovation by small and medium sized enterprises. And of course develop, evaluate and share good practices in this area.”

“We should also market the region as an innovative and suitable location for test beds, and leverage the opportunities afforded by new or existing demonstration centres and digital start-up hubs across the region, also by facilitating their connections and collaboration. And I do believe in ways for academic institutions and technology companies to collaborate (including across borders) to complement each other in terms of competences and capacity,” he tells Emerging Europe.

In this context, both regions are working together to become the world’s leading 5G region. The Swedish Ministry of Enterprise and Innovation has established the Nordic-Baltic 5G initiative, whose ambition is to improve understanding regarding which business models can be used to fund the expansion of the region’s 5G mobile network. This is done by mapping the 5G upgrade status of the Nordic and Baltic mobile network to plan the creation of small-cell networks in the Nordic and Baltic countries. To achieve this goal, the Nordic countries cooperate in developing new testing facilities, co-ordinating 5G frequency bands, and removing obstacles to the deployment of 5G base stations and antennas.

“The importance of 5G was acknowledged in the Nordic-Baltic ministerial declaration Digital North that was adopted in 2017,” explains Mr Berg. “As the development of fifth generation wireless systems breaks through, the Nordic countries need to be at the forefront of that development to become world leaders in using 5G technology for the development and digitalisation of all sectors of society.”

5G is just a part of a broader sector highly developed in both region: ICT.

According to research conducted by Nix, an Ukrainian provider of software development outsourcing services, the Baltic countries are recognised as some of the most economically stable IT outsourcing destinations in Europe. They boast high levels of digital solution adoption and effective legislation that ensures data security and smooth business operations.

Estonia is known as the birthplace of Skype, TransferWise, Pipedrive, Cloutex and many others. Moreover, the country is home to a wide array of foreign companies that have opened R&D centres, including global giants such as Microsoft, SAP, Acronis, Parallels and others. Lithuania has around 27,400 specialists employed in the ICT industry and several of its companies are included in the Deloitte Technology Fast 50. The evolution of the Latvian IT market led to the birth of such large IT service providers as Tieto, Evolution, Accenture Latvia, and Lattelecom Technology.

Overall, in 2019 the Nordics spent 57 billion US dollars in the IT sector. The Swedish Trade and Invest Council reports that 70,000 IT professional will be needed in the Nordics by 2024. The Baltics are ready to supply them.

“The Nordics have some of the highest number of unicorns in world – measured relative to size – and I think this is one indicator of how much talent there is in the region,” says Mr Berg. “The Nordics also have amongst the world lowest unemployment rates and highest salary levels which indicates that the economies in the region are competitive. I believe this is partly due to a lot of IT talent. A lot of Baltic IT experts are already working in the Nordics or work out of the Baltics as suppliers to Nordic companies.”

As with many other countries, the Nordics are sensible to challenges such as the retainment of talent.

“Even though the Nordics are well positioned today we are all taking part in a global competition for talent. The Nordics might not have the kind of weather that is attractive to everybody, but I think there are many other attributes in the Nordics which can be important for attracting talent. If I am to point out one area which can be important in this respect, I will draw attention to the work-life balance,” adds Mr Berg.

To offer just one example, according to the Organisation for Economic Co-operation and Development (OECD) only one per cent of employees in Sweden regularly work very long hours.

“First, lack of information about growth opportunities makes companies seem less appealing for long- and medium-term employees. When people are not informed about learning and promotion opportunities, for them the job seems less engaging and meaningful, thus they might decide to quit. Development of internal communication culture, channels and usage is an effective way to promote all of the great things companies can offer to their employees,” she tells Emerging Europe.

“Second, the digital advancement in the everyday lives of Baltic employees is way higher than the one they experience in their workplace. We hear employees mentioning that lack of up-to-date systems leads to a great amount of paperwork and tasks that seem pointless. From the employer’s perspective, it can be hard to implement technologies fast. However, small things like online surveys instead of paper, no presentation printouts and clearly defined online communication culture can help to implement more technologies on day-to-day basis,” she continues.

Last but not least, although in Latvia and Lithuania employers are asked to mention salary when posting a job ad, there remain misunderstandings about payment levels. PayScale recently revealed that every second employee worldwide believes that they are paid below the average when this is not the case. Most of the time it is hard to talk about money, but one-on-one meetings with employees about the salary system, tax system and bonus system payments can help a lot.

Companies, not sectors, are successful

“I think we should be careful in talking about opportunities in designated sectors in general,” underlines Mr Berg. “A sector as such is seldom successful. It is important to underline that it is companies within a sector that are successful. That said, if a company is well integrated in a strong eco-system, vertical or cluster it will benefit from it and is more likely to be successful. The Nordic ministers for business and innovation and their counterparts in the Baltics signed a declaration two years ago to cooperate on digitalisation. To the degree I will point out one area or sector, I think this identifies where the potential is the highest. But be mindful about the fact that all industries today are digitalised with some variations.”

Mr Berg recalled having worked in the seafood industry, and although many may think of this as a primitive and low-tech industry with a low-skilled workforce, nothing is further from the truth.

“The whole value chain is digitalised, from the smallest fishing vessel to how logistics and marketing are carried out. This sector, as an example, illustrates how digitalised all industries are today if they are competing on an international market,” he says.

Towards a digital single market

Another goal of the NB8 is to develop a digital single market.

“The Nordic and Baltic countries already have close transnational digital collaboration in the public and private sector expressed through policy dialogue and common initiatives on digital innovation. We need to strengthen our region’s digital role in Europe and globally. One example is to change common policies and regulation and enhance cooperation, as well as opening up to the cross-border movement products and services. Governments can do a lot,” comments Mr Berg.

The NB8 has therefore focused on exchanging experiences, developing common solutions and sharing good practice within the area of the new sharing economy and other disruptive business models. At the same time, it promotes working together to abolish obstacles that hinder the functioning of the Digital Single Market, such as unjustified data localisation restrictions and other regulatory barriers.

“A single market is also a tool to deal with the big challenges we are confronted with, such as climate change. We have to recognise that we need to facilitate the implementation of innovative solutions by supporting and putting into practice the principles of free movement of data,” he concludes.

Collaborative, international research is key to success at the IT University of Copenhagen

The magic Swedish ingredient for success is collaboration