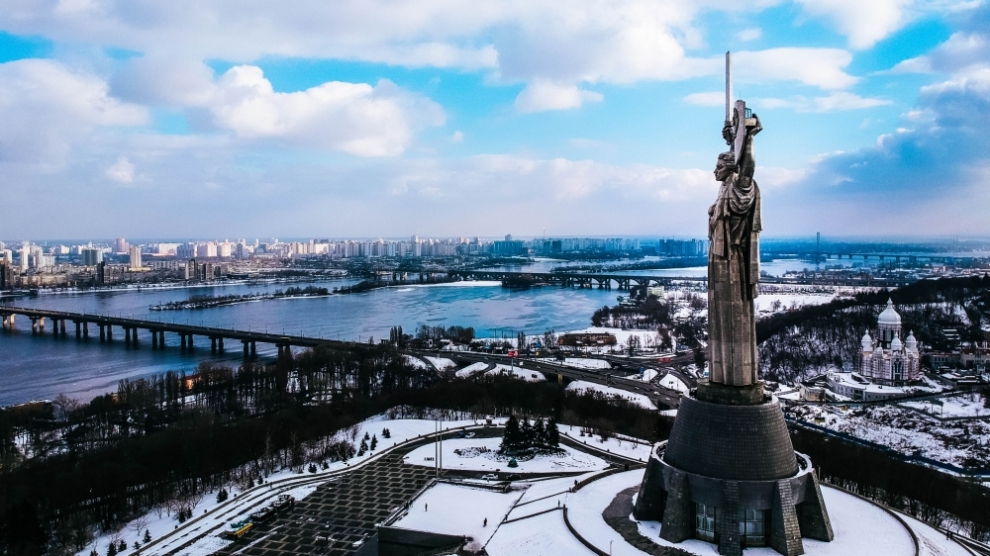 The ongoing saga surrounding President Donald Trump’s impeachment might be dominating headlines in the US, but its consequences in Ukraine are no less significant. With his first face-to-face talks with Russian President Vladimir Putin on the horizon, Ukraine’s new president Volodymyr Zelensky is counting on American support to show a united front against his Russian counterpart.

Unfortunately, that support has all but vanished amid the drama of the investigation into the Trump administration’s dealings in Ukraine. But while the timing of the scandal could not be more inopportune, this feeling of abandonment is nothing new for Kyiv. After all, a series of US presidents have allowed domestic issues to influence their policies on Ukraine, despite the fact that Kyiv has proven itself a strong ally in Eastern Europe since the breakup of the USSR.

The stage for Washington’s squabbles

The current fiasco engulfing the US president has arisen as a direct consequence of a phone call he shared with Zelensky in July of this year, during which he put pressure on the Ukrainian leader to investigate matters that would benefit himself politically. Specifically, it’s the mention of Democratic candidate Joe Biden that has unsettled Trump’s critics and prompted the impeachment inquiry, with several witnesses testifying that Trump had made 400 million US dollars in aid contingent on Ukrainian officials opening up an investigation into Biden and his son.

It appears that Mr Zelensky may have already been feeling the heat from Washington even before his inauguration. The fallout has seen Ukraine cut adrift, with one top diplomat Gordon Sondland admitting he had ignored texts from one of the Ukrainian president’s key advisors because the topic had become “contentious”. Mr Sondland is just one of nine senior US officials involved in Ukraine policy who have since become distanced from the Trump administration or removed from their post, meaning that Ukraine currently has no one to turn to in the White House for communication, advice or backing.

Obama’s copybook has its own blots

These revelations paint the Trump administration in a less than flattering light, though his predecessor should not escape reproach, either. After all, the Obama administration also allowed domestic priorities to bleed over into its relations with Kyiv. Case in point: the efforts of the US authorities since 2014 to secure the extradition of Ukrainian oligarch Dmytro Firtash.

Firtash, who has been under house arrest in Vienna since he was picked up on a US warrant in 2014, is ostensibly wanted by a Chicago court to face accusations of conspiring to bribe Indian officials. The Ukrainian businessman has insisted from the beginning that the allegations against him are trumped-up for political reasons—and a number of elements of the case have lent credence to his claims. According to the BBC, Firtash’s close connections with the upper echelons of Ukrainian and Russian business and politics may make him a valuable commodity for US officials trying to dig up sensitive information.

Austrian courts initially rejected the extradition request, determining that the case was politically motivated and questioning the veracity – and even the existence – of US prosecutors most important witnesses and evidence. The Austrian Supreme Court eventually OK-ed the extradition, however, and Firtash looked all set to head to the US for prosecution earlier this year. However, a number of new documents may lead to the case being reopened yet again—including an affidavit from former Ukrainian prosecutor general Viktor Shokin which seemingly confirms that Washington has been involved in coercive behaviour against Ukraine in the Firtash case. According to Shokin, high-ranking US administration officials had pressured Kyiv to bar Firtash from returning to his home country, as this would mean he would be out of reach of American authorities.

This pressure on the Ukrainian judiciary would be particularly unfortunate given that the Obama administration failed to give Kyiv the steadfast support it needed in the face of radically intensifying Russian aggression. Obama appears to have consistently underestimated Moscow, quipping in 2012 that the Cold War was long since over in response to concerns raised by opposition candidate Mitt Romney.

At the start of his presidency, Obama turned a blind eye to Russia’s invasion of Georgia, trying instead to build bridges with Putin. Perhaps most damningly of all, the White House offered nothing more than a limp rebuke over the annexation of Crimea in 2014. On Obama’s watch, Putin significantly expanded his territory and influence with little in the way of concrete opposition from Washington, crystallising the historically tepid support the US has extended to Ukraine.

Par for the course

Viewed from that perspective, Trump’s current abandonment of Ukraine can be seen as merely a continuation of US policy towards a country it appears to view as more of a puppet than a partner. What’s worse, Obama’s lack of meaningful support came under decidedly more serious circumstances and had potentially graver consequences, with the death toll from the Crimea conflict placed at around 13,000 by most observers.

Of course, the tragic missteps of the past do not in any way excuse those of the present, and Trump still has much to answer for. His decision to withdraw troops in Kurdish Syria while still guarding the nation’s oil fields is another damning indictment of how the current administration really does put America first – often to the direct detriment of all others.

However, Trump’s troubles should not facilitate collective amnesia over how previous leaders have similarly abused their Eastern European allies. Despite all the ongoing impeachment furore, it’s time for Washington to repay the faith paid in it by Kyiv and take ownership of its own role in the region’s problematic political miasma.

The Top of Europe
The Silk Road Group: Linking East to West via investment, wine and music
Comment