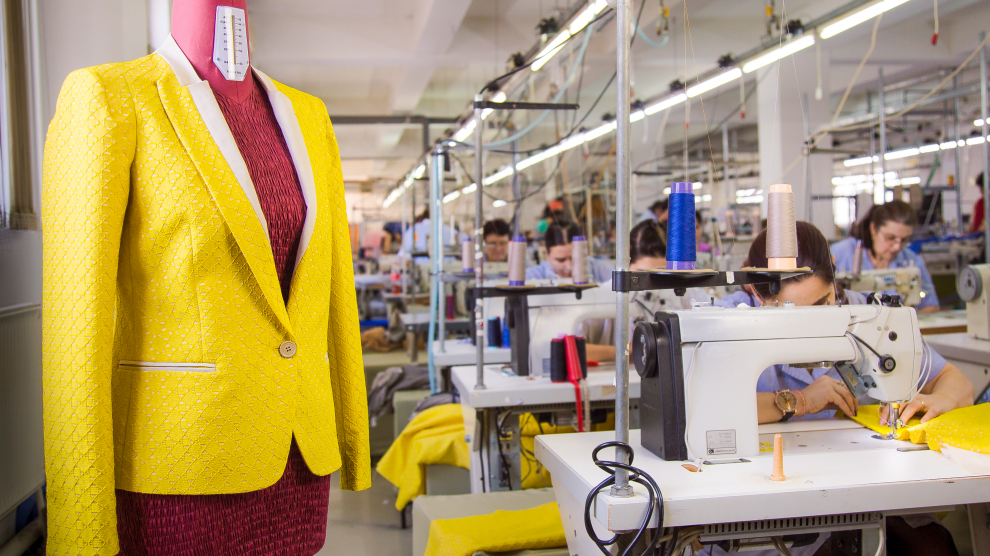 If what you eat is what you are, then what you wear is what you would like to be. Clothes represent projections of our relationship with the world and with ourselves, a means to show others who we are, but mostly who we would rather be. Increasingly, that means emerging European.

Ater the gloom of communism, when a simple pair of jeans smuggled behind the Iron Curtain by a relative who had fled west represented nothing less than an icon of freedom, central and eastern Europe has of late become a hotbed of fashion. The region’s time has come. However, while there is a vast reservoir of creativity and potential in emerging Europe, it is still for manufacturing clothes designed elsewhere that the region is best known.

Romania, for instance, is known as the seamstress of Europe because of its know-how and production volume. It is estimated that almost 80 per cent of the country’s capacity (made up of 5,400 factories) works for foreign brands, from high street retailers all over Europe to luxury collections presented during the fashion weeks in Paris or Milan.

Hugo Boss, Moncler, Prada, Akris, Stella McCartney, Agnes B, Missoni, Dries Van Noten and many other top labels work or have worked in Romania, not to mention the usual suspects like Primark, H&M, Zara, Massimo Dutti, United Colors of Benetton, Stefanel and tens of other high street retailers.

Since Romania joined the EU, salaries have been climbing continuosly. Even so, workers in the textile sector are amongst the lowest paid in the whole economy, which leaves factories always short of personnel. The Romanian textile and clothing industry employed around 180,000 people in 2016 and yet the number has been decreasing by the thousands every year. Factory managers complain that the government does not encourage the industry at all, supporting instead the fields of IT and FinTech. Heavy taxes paid for each employee – 65 per cent – weaken their margins, already low in an industry where labour is the highest cost. According to a report by CreditInfo Romania, the profits generated by the textile and clothing domain dropped by nearly 5 per cent in 2016 as compared to 2015, from 811 million lei to 785 million lei. Increases in the cost of labour and energy are to blame.

Bernard Cheere, a former CEO of Artifex, a factory with 900 employees, believes that Romanian textile capacity is shrinking due the low positioning of the industry versus the European market. “The way that labour costs have evolved means sales at the low and medium end of the market are no longer possible,” he tells Emerging Europe. “The market and the industry must evolve so that they can serve the higher end of the market. We should take business from retailers or brands manufacturing in Portugal, Italy or France. Secondly, the erosion of qualified labour, as well as ageing, are also problems. But this is a global phenomenon for all types of industries.”

The fashion manufacturing sector is extremely volatile, so retailers can easily place their orders in any country offering them better conditions. Bulgaria has become an interesting place in this respect, as its manufacturing prices are better than Romania’s for certain types of clothing. Secuiana, a renowned menswear producer from Romania, has even started making its jackets in Bulgaria. Making of a pair of trousers costs 1-1.50 euros less in Bulgaria, even though salaries are higher than in Romania. The taxation of labour, however, is far lower.

Competing with the heavyweights

As for high street fashion brands, the label which currently strikes the highest note around Europe right now is Reserved, owned by the Polish group LPP. The company (which also owns the Cropp, House, Mojito and Sinsay labels) has made its mark all over emerging Europe and it is now well represented in Western Europe and in the Middle East. In fact, Reserved is almost certainly the only brand from a former communist country which has so far opened a shop on Oxford Street, still London’s best retail address.

The last five years have been very important for Reserved. In 2013, the brand was present in only 11 countries, all in CEE: Poland, Russia, the Czech Republic, Slovakia, Lithuania, Latvia, Estonia, Hungary, Ukraine, Bulgaria and Romania. Today Reserved is known not only in Europe, but also in the Middle East (United Arab Emirates, Egypt, Kuwait, Qatar) and in Western Europe. In 2014 it opened its first store in Germany. “Since then, the number of showrooms of our flagship brand has grown to 19 in Germany, and we plan to open more. In 2017, we also made an important decision to enter the extremely demanding British market. In September, in the heart of London, on prestigious Oxford Street, we opened our first store,” Przemysław Lutkiewicz, vice-president of the LPP Management Board told Emerging Europe.

Reserved is LPP’s flagship brand and its stores constitute more than half of the surface area of all of LPP’s showrooms, which last year exceeded 1 million sq m. But it doesn’t stop here. “We will continue further expansion this year,” Mr Lutkiewicz says. “We plan to open Reserved stores in Slovenia and Kazakhstan, while our brand will also be launched in Israel, as a franchise. It is true that the Polish market is still the most important from the point of view of the size of the collection, sales or the number of stores, but sales from outside the country now account for almost half of the entire volume.”

How does Reserved compete with heavyweights, such as H&M or Zara? “H&M and Zara are worthy rivals. However, it is not our primary goal to compete with those who have much more experience in the market. I think that LPP, along with its five brands, is currently in a different place altogether. Please do not forget that our company has been on the market for only 25 years. H&M celebrated its 70th anniversary last year,” adds Mr Lutkiewicz.

“Our objective is to help clients express their emotions and make their dreams come true through their appearance. We strive to meet their expectations and satisfy needs in this area and we try to focus our energy here. At the moment we are 35th in Europe as far as clothing companies are concerned, and we realise that the top ten are still far away. However, we are convinced that when we look at our business from the perspective of a customer’s needs, our position in that ranking will gradually change in our favour. That is our strong belief,” Mr Lutkiewicz concluded.

Growing a fashion brand is a costly business, according to Bernard Cheere. “I personally believe that the local brands are limited when it comes to international expansion whereas they might find a good response on the local market. The investment to promote and develop a brand are very high,” he says.

However, Reserved is just one example which proves him wrong, an exception to the rule perhaps, but creativity in CEE should not be ignored. Demna Gvasalia, a young Georgian, is the creative director of Balenciaga and head designer of Vetements, having previously worked with Maison Margiela and Louis Vuitton. The Georgian designer is the new kid on the block of the fashion industry and his collections are awaited at fashion shows with excitement because of their anti-glamour and gritty attitude.

So while it is clear that emerging Europe still has a lot to do in order to catch up, it is equally clear that it has all the tools it needs to make it big in fashion. •

Bulgaria must do more to liberalise its energy markets
Agriculture in Serbia: Challenges and opportunities
Comment