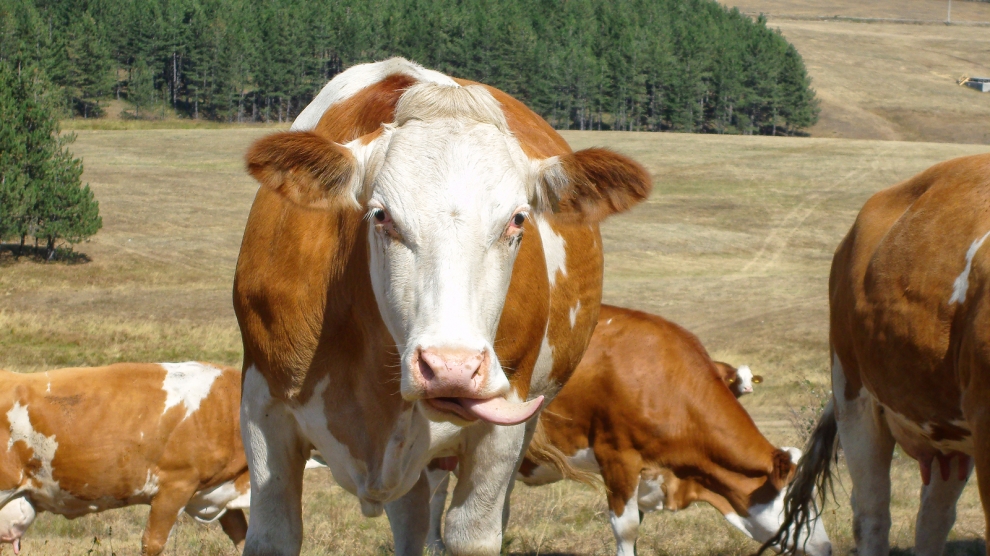 According to the Serbian Statistics Office, agriculture is one of the most crucial sectors of the country’s economy, employing around 21 per cent of the total labour force, and serving as one of the primary export fields. In terms of cultivation, the most popular form of agriculture is cereal crop production, including wheat, corn and sunflowers. Such cultivation uses around 60 per cent of Serbia’s agricultural land.

“Agriculture is usually developed as much as the society itself within the given economic sector,” said Milan Boric, a president of the Young Farmers Association of Serbia. “Today, there are different directions in which the concept of the industry and conventional agriculture should strive. Conventional agriculture should be influenced by a number of environmental trends – production based on strict ecological principles.”

According to Mr Boric, average agricultural growth on an annual basis in Serbia was only 0.45 per cent over the last 30 years, and one of the reasons is the negligence of the government. He also believes that the future of agriculture is to use and develop biotechnology and appreciate of basic ecological principles in soil usage. Young farmers often seek modern approaches to different branches of agriculture, because changing traditional agricultural activities with the utilisation of advanced technologies saves a lot of resources including human, renewable or non-renewable inputs.

Agriculture of the future

“The agriculture of the future will be marked by the implementation of a large number of technological solutions such as automated machines – robots, sensors and wireless systems, satellites and drones, and also systems controlled by AI (artificial intelligence) which will seek out and help in finding new or more optimised solutions in agriculture,” says Mr Boric.

The ministry of agriculture and environmental protection meanwhile has been working since 2015 in order to encourage small agricultural households. The ministry has reduced the size of farms must be (from 100 ha to 20 ha) in order to receive state subsidies. Moreover, besides policy and legislation changes, the country has also been using grants from the EU. For example, in 2015 the EU set aside around 200 million US dollars for the agricultural and rural development of Serbia from 2015-20. The programme aims to increase food-safety and improve the sector. However, Serbia still faces different challenges. One of them is internal migration: because of the lower standard of living in rural areas, people are increasingly leaving the countryside for big cities. Of Serbia’s 4700 villages, 1200 are on the verge of becoming unviable.

How to keep young people at home?

“Our country has finally started recognising its agricultural youth in order to offer them better lives and encouraging them to stay in their villages,” said Milan Boric. He believes that in order to improve the situation in agriculture, it is essential to invest more, to keep the population in villages, and encourage them to stay in the country and not to go in abroad. The primary target should be the young population and farmers, which are the future of agriculture. Mr Boric thinks that EU funds could have a prominent role in this sense. Moreover, it is essential to create a long-term concept of development of agriculture and concentrate more on export-oriented products, which would be beneficial for everyone.

Agriculture is a significant export from Serbia. Statistics show that the amount of exported agricultural goods was around 20 per cent of all exports in 2016, the majority going to EU members: 64 per cent of all agricultural exports go to the EU market. The second biggest partner is CEFTA (Central European Free Trade Agreement) countries, with whom Serbia has a surplus as a result of exporting not just agricultural products, but also iron and steel. The most significant surplus is with neighbouring countries: Bosnia and Herzegovina, Montenegro, Macedonia, Bulgaria, as well as Italy.

Most of Serbia’s agricultural land is in the northern part of the country, and around 90 per cent is private. Milan Boric believes that to develop agriculture to its full potential, the government should also look to the southern regions. Moreover, it is essential to pay more attention to young people, the country’s future young farmers and their agricultural education in middle and high schools. Providing a proper agricultural education, teaching new technologies and modern ways of farming is crucial for the future of farmers and their staff, who will be creating Serbia’s agrarian future.

Wearing emerging Europe
There are nearly 1,600 cryptocurrencies worldwide, and almost no regulation
Comment