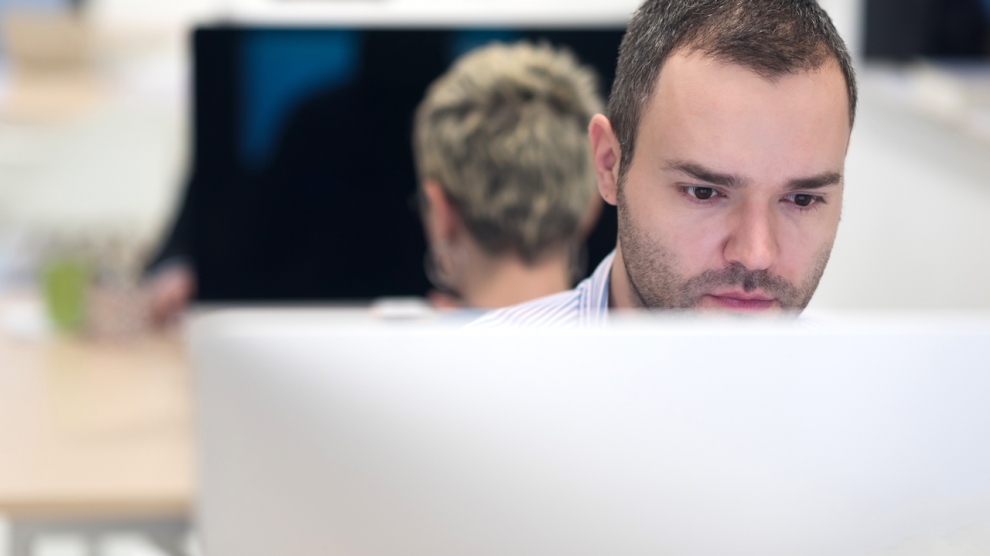 Sirin Software started in March 2014, and has grown quickly. The company now employs 30 IT specialists. In 2016, it merged with another firm in order to expand its service portfolio.

Alexander Nikitenko, CEO of Sirin Software, spoke to Jerry Cameron about how the company was started, the firm’s presence in the US as well as its future expansion plans.

In 2016, Sirin Software started to explore new areas in order to reinforce its market positions and it merged with Lampa Studio. This seems like a great achievement for a company that was founded less than three years ago?

Yes, it’s an interesting story, indeed. We met with founders of Lampa Studio after the deep economic crisis hit Ukraine and Russia in 2015. Lampa Studio was an expert in mobile development and server-side development services. However, they were mostly working for the local market and they had lost many clients because of the crisis so they were looking for new markets, especially in Western Europe and the US.

Before the merger, Sirin Software had only developed software for embedded systems and Linux-based solutions, but many of our existing customers were asking for mobile apps or some server-side work, so we decided to consolidate our resources and work together with Lampa Studio. That’s how Sirin Software gained mobile and web expertise.

You are a young company, so let’s take a step back and look at the origins of the company. How did it all start and where did the idea come from?

I have an engineering background and I used to work for a number of big software development companies here in Ukraine, before I decided to go my own way. However, while I was working for the other companies I discovered that some of them had issues with managing their projects in the correct way. I noticed that in many teams, management was much more focused on increasing man-hours than gaining more profits. For example, some teams had seven or eight engineers, but only two or three of those engineers were doing the job, and only they had a strong desire to complete the project.

Another thing that was missing was proper employee motivation, and opportunities for people to grow professionally. When I set up a new company, we decided to do things in a different way. We only hired productive and motivated individuals and provided them with the best working environment we could, so that they remained constantly involved in challenging projects. We paid special attention to the so-called “soft skills” when hiring an employee. We would rather hire a less technically sharp engineer but with “fire in his eyes‟, than hire a “professional‟ who has excellent technical knowledge but uses it mainly for finding excuses why his work is not completed, avoids responsibility, etc.

So what was the first challenge you faced when you started the company?

I think the biggest problem is always finding the right people. It is always tough. Not only at the beginning.

So when was the moment that you knew — “Okay we’re doing it right and we’re getting there”?

I haven’t had that feeling yet, and I think I never will. There’s always something that needs improving.

So when you look at the portfolio of your clients, where are they based?

Well, 85 per cent are US companies, but we also have clients from Sweden, Japan and the UK. Interestingly enough, right now we’re negotiating a deal with a client from Indonesia.

If you look at your competition, what does it look like? Who are your main competitors?

However, if a client needs to develop a product, which requires electronics (hardware), embedded software (firmware), a cloud-based web-dashboard for controlling and monitoring the devices, a mobile application for some interaction with device — then this is our client. We do web and mobile development work, but only for satellite products that interact with embedded software.

What are the key services or products that you think your foreign customers are most interested in?

With the Internet of Things (IoT) trend, I think we may be attractive to companies doing business in telecoms, automotive, Internet of Things, health care, storage and network equipment providers and other domains that need a remote team of engineers.

Right now, you have an office in Stanford, right? Which markets would you like to reach out to more?

Stanford is one of our locations but we do not have a proper office there yet. Our R&D offices are located in Kyiv and Vinnitsa, in Ukraine. However, we plan to have traditional sales offices in the US and probably somewhere in Western Europe.

On your website, you say why Sirin Software and why Ukraine; so why Ukraine?

I think there are several reasons. I’m sure that if you simply google “Why hire Ukrainian programmers‟ you will get pretty similar information. The first reason is a high level of technical education, as we have a number of good universities that offer a great technical background. Another is the location – we’re only one hour ahead from most of Western Europe and closer to the US time zones than South-East Asia. The third reason is the European mentality. This may sound like a minor advantage but those who have worked with Asian service providers will understand. Of course, there are other advantages such as good quality internet and no visa being required for most foreigners, etc.

In an editorial, Vladimir Beck, the chairman of the European Business Association IT Committee, said that Ukraine’s export IT segment showed an increase of 15 per cent in 2016 and he expects a 20 per cent growth in 2017. Do you agree?

Well, the IT segment in Ukraine has demonstrated growth, even during the economic crisis, so I more than agree with that.

If you were to give some advice to a company from the CEE region that is starting from scratch, right now, advice would you give them?

I would like to quote the CEO of Netflix, Reed Hastings, here: “Do not tolerate brilliant jerks. The cost to teamwork is too high.”

That is an interesting comment. So, how do you imagine your company in ten years?

Probably being in top 10 global embedded solutions providers. However I’m not sure there’s such a ranking at all. My dream is to see our company as a solutions partner of giant semiconductor companies, such as ARM, Freescale, Marvell and  Intel, etc.