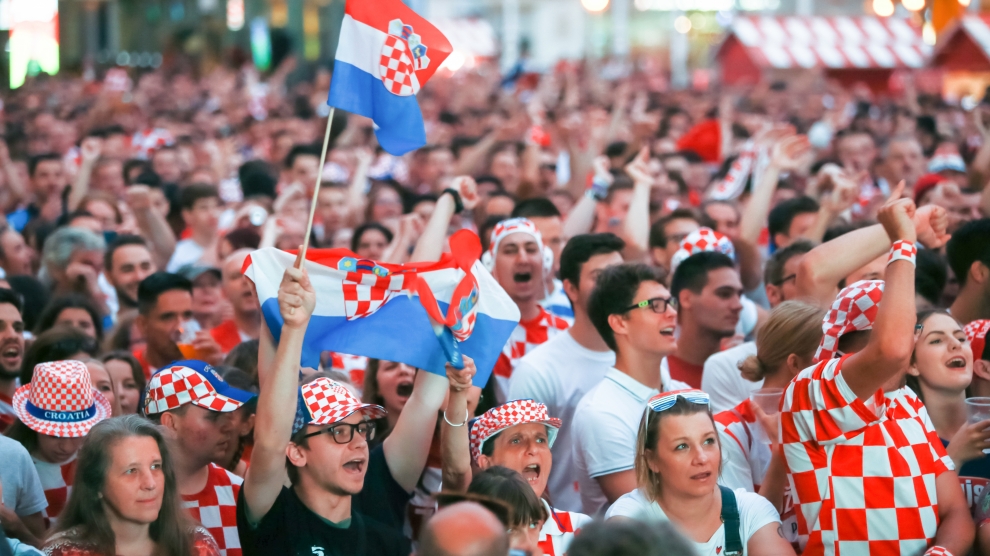 Croatia, the smallest country to reach a World Cup Final since Uruguay in 1950, have been beaten 4-2 by France.

In one of the more spectacular finals of the modern era, played out to the soundtrack of thunder, Croatia and France delivered an enthralling spectacle that brought the highest goal tally in a final since 1966, a pitch invasion by four brave members of Pussy Riot, and a controversial intervention from the video assistant referee that had a huge influence on the outcome.

France took the lead after 18 minutes when Antoine Griezmann’s free-kick deflected in off Mario Mandzukic’s head – but Croatia were the better side in the first half and deservedly equalised courtesy of a smart Ivan Perisic shot.

However, France restored their lead seven minutes before half-time through a Griezmann’s penalty, awarded by referee Nestor Pitana for handball against Perisic after a lengthy delay while VAR was consulted.

France looked to have wrapped it up with two strikes in six minutes from Paul Pogba and Kylian Mbappe either side of the hour mark, but Croatia threatened a comeback when Mandzukic took advantage of France goalkeeper Hugo Lloris hesitating over a clearance to pull a goal back.

It was not to be, and France held on. A heroes’ welcome however awaits the Croatian squad on their return to Zagreb.