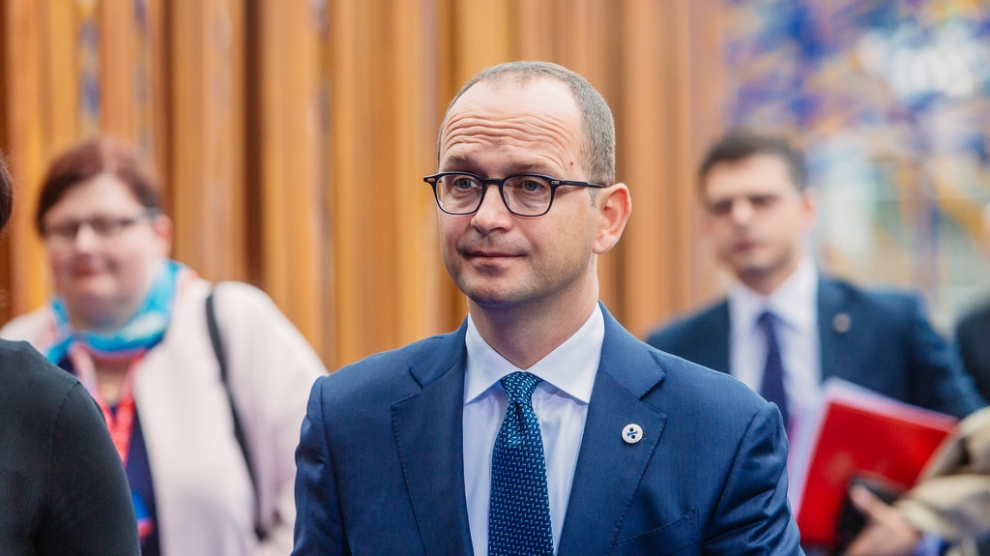 The Albanian Minister for Europe and Foreign Affairs Ditmir Bushati (pictured above) has told the BBC that one of the reasons behind the country’s decision to accept 20 Eritrean refugees was partly due to the country’s own refugee crisis of 1996 and 1997, when tens of thousands crammed onto ships bound for Italy to escape a political and economic crisis which threatened to bring anarchy to the country.

“We took this decision after long discussions with the Italian authorities because they were asking for our support in this endeavour,” said Mr Bushati. “It coincides with a position Albania took four years ago, when the refugee crisis started, that all countries in Europe, regardless whether they are part of the EU or not, should contribute somehow to the migration crisis, because this is a European crisis and requires a European response.

“Two decades ago Italy saved us, when it received many Albanians during dramatic times. Now it is our turn to make a contribution. I know very well that people have criticised us, saying that these are not Italians, they are Eritreans. But first and foremost we are talking about people, about human beings.”

Mr Bushati was also critical of those eastern European countries which he believes have not done enough for refugees, and who he accused of “forgetting their history.”

“Many people fled communism in the eastern part of Europe and went west,” he said, before adding: “I think this is a message for the European Union, that we need a more coherent view and a more coherent response to such important issues, even from the perspective of an EU candidate country, such as Albania.”

The 20 Eritreans were amongst a total of around 150 who had been stranded on a boat in the Mediterranean Sea for 10 days before finally being  allowed to disembark in Catania, Italy, on August 25. Italy’s extremist Interior Minister Matteo Salvini had refused to let the ship dock until he had received assurances that they would not incur any expense to the Italian taxpayer. As well as Albania, Ireland and the Catholic church in Italy have agreed to offer them shelter.

Eritrea is one of the world’s most repressive states, where most adults are forcibly enrolled into the army for an indefinite period which can often last for decades.