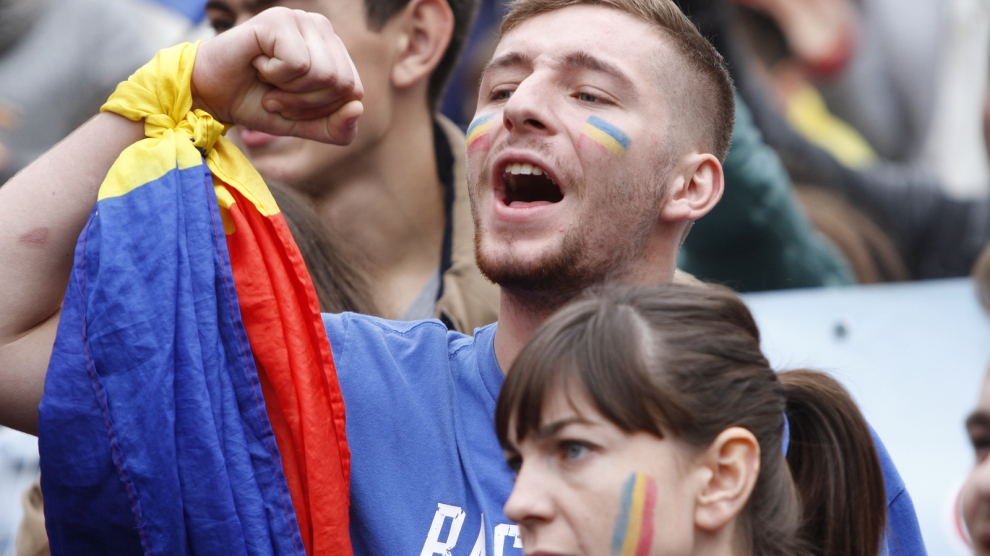 Tens of thousands of supporters of Moldova’s opposition parties protested in the country’s capital Chișinău on August 26 against the government of prime minister Pavel Filip. The demonstration was organised by the protest movment ACUM, set up by the pro-European Action and Solidarity Party (PAS), the Dignity and Truth Platform, and the Liberal Democrat Party in Moldova, following the annulment of Andrei Nastase’s victory in the Chișinău mayoral election in June. The protesters adopted a proclamation calling for the resignation of Mr Filip, who they claim is responsible for lower standards of living, and for isolating Moldova internationally.

“We will send a petition to the European Union calling on European institutions to do all they can to ensure that all those people in Moldova who are implicated in money laundering are brought to justice,” said Maia Sandu, the leader of PAS, in a speech at the protest.

Ms Sanda was referring to the banking scandal of 2014, when more than one billion US dollars disappeared from three Moldovan banks: Banca de Economii, Unibank and Banca Socială, for which only a handful of low-level officials have so far been charged.

“Many of our young people have been forced to leave the country. We have not come here to protest because we enjoy it, but because we can no longer tolerate being lied to by this corrupt regime,” added Ms Sandu.

“It is time for this government to resign,” said Mr Nastase, leader of the Dignity and Truth Party, who also spoke at the event.

Moldova’s cabinet is led by the Democratic Party, which is headed by controversial billionaire Vladimir Plahotniuc. The opposition blames Mr Plahotniuc’s influence within the Moldovan judiciary for the annulment of Mr Nastase’s election as Chișinău’s mayor. Many of the protesters held banners calling for Mr Plahotniuc to be jailed.

“It is shameful that such a protest is being held the day before we celebrate our independence,” he said.

More protests are expected on August 27, when Moldova marks 27 years since it declared independence from the Soviet Union.