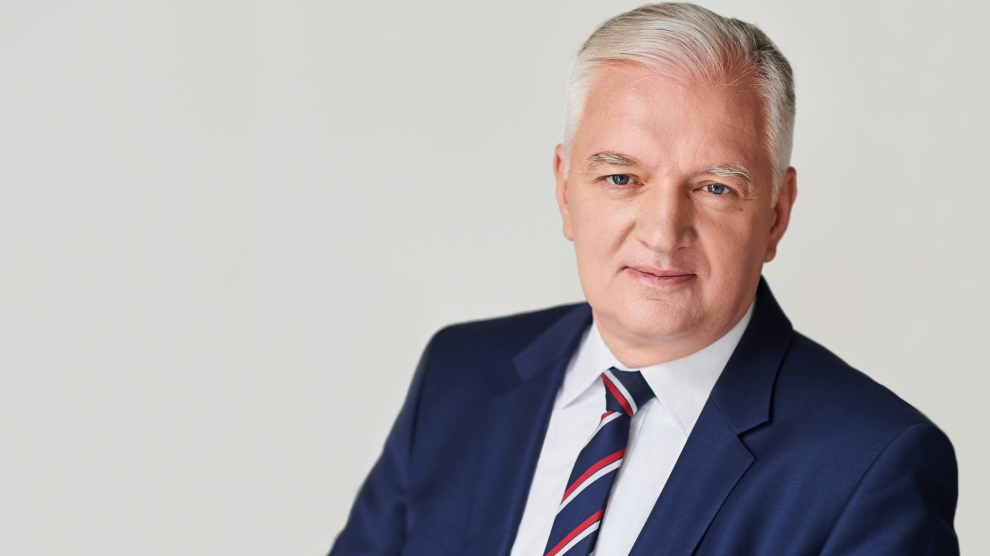 The conflict between Poland and the EU intensified on August 27 after deputy prime minister Jarosław Gowin (pictured above) stated that Poland intended to ignore the European Court of Justice (ECJ) if it decides to suspend a new Polish law that forces the early retirement of older Supreme Court judges.

“This is a dramatic moment in the history of the European Union,” Mr Gowin said in an interview with Do Rzeczy. “If the court in Luxembourg considers itself competent to sanction a position of a group of Polish judges, it will be the fuel for eurosceptic communities throughout Europe. This will undermine the fundamental idea of ​​the sovereignty of nation states that is fundamental to the entire EU.”

“If the ECJ sanctions the suspension of the law by the Supreme Court, then our government will probably have no choice but to ignore the ruling as contrary to the Treaty of Lisbon and the whole spirit of European integration,” adds Mr Gowin.

Whilst not entirely supporting Mr Gowin’s remarks, Polish Prime Minister Mateusz Morawiecki, believes that the ECJ will either issue a decision in favour of the Polish government’s reform of the Supreme Court, or will stay neutral on the subject.

“I am convinced that many people in the ECJ will analyse our reform positively,” Mr Morawiecki told Polsat News.

Poland’s opposition parties are increasingly concerned that the government is leading Poland closer to a Polexit.

“We have repeatedly stated that the policy of PiS towards the European Union is leading to marginalisation, depriving us of allies. As a consequence, this could end with Poland’s exit from the EU,” said Rafał Trzaskowski of the opposition Civic Platform.

Mr Trzaskowski, who is a candidate for the role of Warsaw president in upcoming local elections, added that: “40 per cent of all investments in Warsaw are financed from the EU budget. Today’s behaviour means that if the Law and Justice Party (PiS) will lead us out of the EU, cities such as Warsaw will remain without financing from the EU budget, and investments will flow away from Warsaw. Unfortunately, we will all be held responsible for policies of PiS: all of us, citizens of large cities and towns, smaller towns, villages, if there is no financing from the EU budget and no investment. Unfortunately, the entire bill will be issued to Polish society.”

Deputy Speaker of the Senate Adam Bielan told TOK FM that Mr Gowin’s remarks were nothing more than a publicity stunt: “This is a purely journalistic declaration, not least as Mr Gowin is not responsible for negotiations with the European Union in this matter.”

The ECJ is expected to issue a ruling on the Polish Supreme Court law at some stage in the coming weeks. It began deliberations on August 27.