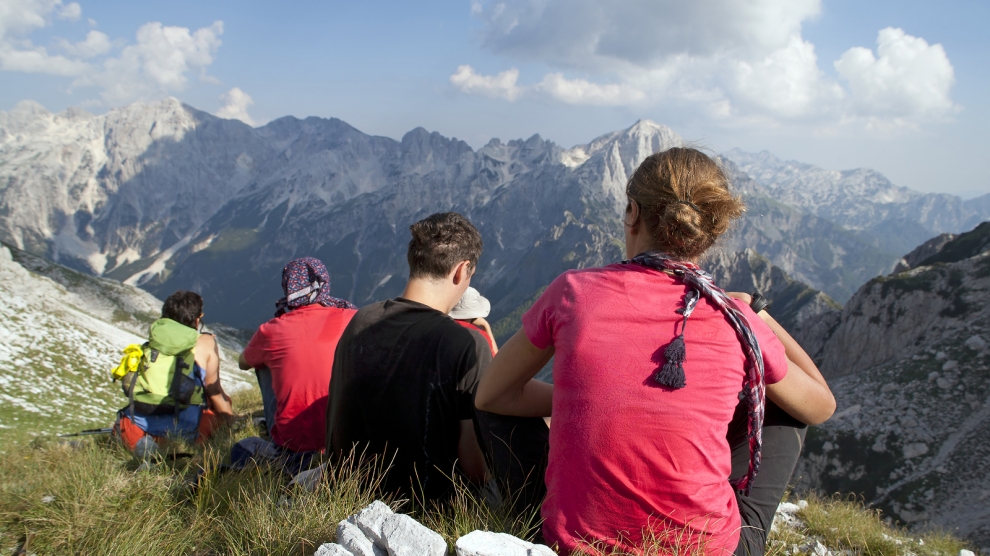 Like many of the countries of emerging Europe, Albania has been facing a demographic problem in recent years. Data from the 2018 National Report: Youth in Albania, produced by the Child Rights Centre Albania (CRCA) and the Albanian National Youth Network (ANYN) shows that since 2014 there has been a huge decrease in the number of young people aged 15-29. Over the past four years, the youth population has dropped by over 35,000 people, to just below 700,000. There are a various reasons for this, Altin Hazizaj, general director of CRCA, tells Emerging Europe.

“Youth in Albania have been forgotten by their government,” he says. “It should therefore come as no surprise that so many young people in Albania wish to leave the country for a better life in the EU, US or Canada. The trend is an old one and since 2012 we have seen an increasing number of young people willingly leaving Albania to study abroad and later find a job in their host country.

Whilst the report suggests that 70 per cent of young Albanians want to leave the country, the reality is that due to socio-economic issues, and the lack of support from the government, only about 30 per cent of the youth will be able to leave and study abroad.

“The number of Albanian students applying to universities abroad almost doubled compared to last year. More than 30 per cent of Albanian students will study abroad this year, while the rest (70 per cent) – predominantly due to the fact that their families can’t afford it – will stay in Albania and hope that things get better in the country,” Mr Hazizaj explains, adding that “there are several reasons why young people want to leave Albania: poverty, lack of employment opportunities, corruption and a loss of hope that this country will be good for its youth.”

Mr Hazizaj tells Emerging Europe that at present, the Albanian government is doing very little to secure the future of its youth, and his report has finally shown the reality and hardships that youth face in Albania.

“Government investment in young people will be only 0.001 per cent of the national budget, too little for a group that makes up to 25 per cent of the population,” Mr Hazizaj says with concern.

The CRCA and ANYN both recommend that three steps be taken in order to improve life for young people in Albania: a specific law for young people, substantial national programmes for youth and establishment of youth structures in every municipality of Albania.

“If it doesn’t happen, probably 100 per cent of young people will leave Albania in one way or another,” adds Mr Hazizaj.

In addition to the lack of government support, young Albanians face many challenges and Mr Hazizaj is amazed at their gumption in trying to stick it out in any circumstances.

“Sometimes I wonder how do they do it! When I was young the communist system had just collapsed, so we were eager to do new things and change everything. I rarely see that kind of energy and strength in the youth of today. They seem so disappointed by what has happened to Albania over the last 27 years that they don’t believe in their strength and power anymore. This is why we have focused our efforts on building a new level of trust for all the young people who believe in their power,” says Mr Hazizaj.

In April 2018 the CRCA started a new initiative with and for young people from middle schools, called Tirana Youth Parliament.

“The young people that were elected to be part of the Youth Parliament were some of the brightest and strongest young people I have met for a long time, and that gives me hope,” Mr Hazizaj says with pride.

Another pressing issue that Mr Hazizaj is trying to combat is corruption in schools and universities.

“In my opinion the most pressing factors for Albania when it comes to youth is lack of investment for youth services, education, employment and participation in governance. Corruption is a huge factor that influences students, especially at high schools and universities, where their professors still ask for bribes to allow students to pass exams or get better marks. However, there is no effort being made by the government to clean up the universities and high schools from such corruptive practices,” Mr Hazizaj explains.

There is a need to bring Albania in line with EU best practice.

“We definitely need to bring in some of the best practices from the EU and other countries for young people. When I look at how many efforts EU countries make to support young people and offer dedicated youth services, I always think how can we bring such expertise to Albania? How can we make our youth benefit from such experience too? Initiating change is difficult especially when the Government don’t see the value of investing in youth,” adds Mr Hazizaj.

He is also in shock after seeing a report in the Albanian press that showed 80 per cent of Albanian MP’s had sent their children abroad to study. He questions the entire practice:

“What should young people who don’t have a powerful father or mother working for the government do? These kind of examples are the ones that don’t help to improve the situation. Young people want good examples to follow. This is the kind of reality that we have to fight.”

“In June 2018, the government finally agreed to start working on issues related to young people. The first thing they did was to establish a working group. However, no young people or youth organisations were involved,” says Mr Hazizaj.

And yet while the situation is dire, not all of Albania’s youth have so far deserted the country. Some are in fact becoming more active and are pushing back.

“Where there are young people there is hope. We are working with ANYN, so the young people themselves can become a force of change. For a long time, young people have been sidelined from participating in any decision-making related to them. One of the findings of our research was that 80 per cent of youth organisations say that they don’t get any support from the government on issues related to youth unemployment or youth participation and empowerment. We are hoping to change that by drafting a new law on youth in Albania, which will make it mandatory for the government to support young people and invest in them,” explains Mr Hazizaj.