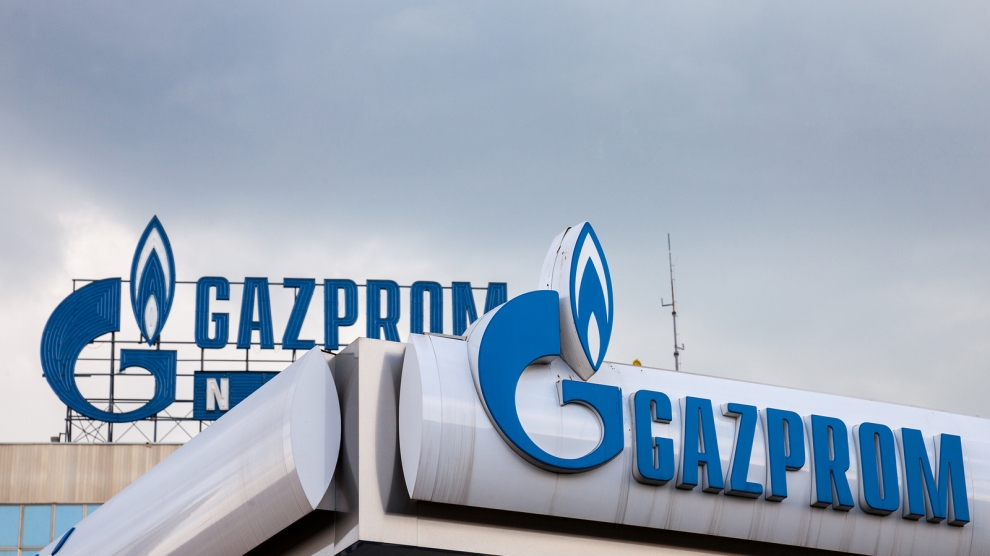 The Nord Stream 2 gas pipeline consortium, which is headed by Russia’s Gazprom, has announced that it will sue the European Commission, the executive body of the European Union, over its amended Gas Directive that requires the Russia-built pipeline to comply with EU regulations.

“Nord Stream 2 AG has now decided to ask the tribunal of arbitration to determine that the European Union is in breach of its international law commitments under the [treaty] and to make orders requiring the EU to discontinue its breach,” wrote Politico Europe, quoting Sebastian Sass, Nord Stream AG’s permanent representative to the European Union on September 26.

“The amendment was clearly designed and adopted for the purpose of disadvantaging and discouraging the Nord Stream 2 pipeline,” the company said in a later statement, adding that it was the Council of the European Union that breached EU regulations.

The company has also filed a lawsuit at the European Court of Justice (ECJ).

Nord Stream 2 AG, however, does not expect that the implementation of the pipeline to be interrupted due to the new regulations. “The action for annulment [of the decision by the ECJ] aims at avoiding discriminatory rules for the operation of Nord Stream 2,” the company continued.

While the construction of the pipeline remains broadly on track, Agata Łoskot-Strachota, a senior energy fellow at Warsaw’s Centre for Eastern Studies argued that the individual provisions of the EU’s Third Energy Package “will complicate and probably delay” the project.

The decision to sue the EU comes after the Council of the European Union – on the initiative of its Romanian presidency – amended the bloc’s gas regulations. The new EU Gas Directive requires non-EU pipeline operators to comply with the regulations of the European gas market. Among others, it includes the separation of companies supplying and transmitting energy sources, independent transmission system operators, access to third parties and stronger cross-border cooperation.

The European Commission denied the project company’s allegations, arguing that the new regulations apply to all pipelines delivering gas to European countries, including other non-EU suppliers.

“The EU now has clear rules that apply to all pipelines used to import gas into the European market,” a European Commission spokesperson said, stressing that the new Gas Directive is “fully compatible with the EU’s international obligations”.

“We worked hard to find a compromise that would be acceptable to everyone, and I think we now have a good solution which will guarantee that we have a fair and competitive European gas market,” Romania’s energy minister Anton Anton said after the Council of the EU adopted the new rules governing the EU’s internal gas market in April.

The amendment, which had been proposed by the European Commission, was seen as a key success of Romania’s EU Council presidency.

EU countries endorsed the amendment over fears that the pipeline would see Ukraine lose its gas transit revenues once Nord Stream 2 becomes operational, with a gas transit deal between Ukraine and Russia still looming.

Those EU member states such as Poland or the Baltic countries opposing the project argued that applying EU regulations was to limit the the pipeline’s privileged status in comparison with other Russian gas routes to Europe, including those running through Ukraine or Belarus and Poland.

Speaking to Emerging Europe, former German MEP Rebecca Harms said that if the project company does not comply with EU regulations, the European Commission will be forced to halt gas transit via Nord Stream 2.

The Russian pipeline runs for 1,200 kilometres from Russia to Germany, although the new EU regulations will initially apply only to a 54 kilometre-long section in Germany’s territorial waters. Germany and Russia are yet to negotiate the application of the new EU rules.

Meantime, Gazprom chairman Viktor Zubkov told the Russian press that if Denmark does not allow the company to use its territorial waters, it will bypass them.

Mr Zubkov added that a green light from the Danes would allow the project to be finished in “four or five weeks.”

“We don’t see any basis not to give such a permit,” Russian energy minister Aleksander Novak said on October 2.

Denmark has yet to approve the transit of the pipeline through its territory.