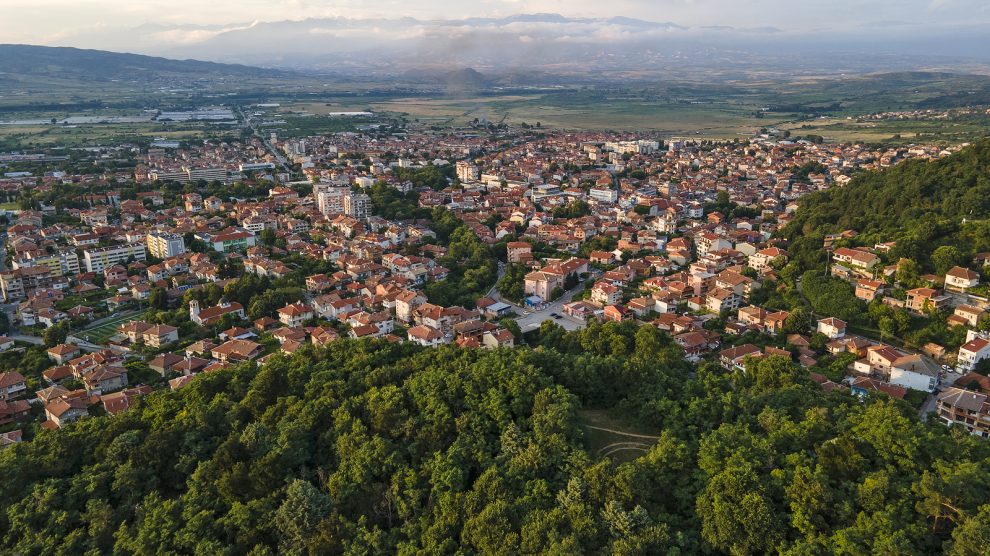 While most countries in Central and Eastern Europe score below the EU average in a new report looking at sustainable development goals, progress is being made across the region.

The European Union’s statistics directorate, Eurostat, recently published a major report looking at how individual countries are progressing with their sustainable development goals, or SDGs.

For EU member states in Central and Eastern Europe, the report made for difficult reading, given that the SDG indicators for most countries fall below the EU average.

Sustainable development goals, now codified by the United Nations, are made up of 17 interlinked areas, including the eradication of poverty, the reduction of inequalities, and climate action.

Together, they encompass the economic, political, social, and environmental areas that countries should focus on in order to build a future which is sustainable.

Much of CEE is underperforming. In Bulgaria for example, only two indicators (partnership for the goals; life on land) are above the European Union average.

But how concerned should we be about the discrepancy between East and West?

“The starting points of the former Eastern Bloc countries and the rest of Europe are vastly different,” says John Pabon of Fulcrum Strategic Advisors, a risk management firm. “Therefore, it makes sense that CEE countries may be a bit behind.”

Furthermore, some CEE countries are doing very well, notably Estonia and Slovenia, where most SDG indicators are above the EU average.

On top of that, despite the fact that several countries in the CEE region have indicators below the EU average, it is extremely encouraging that they are at least showing progress on most.

“Looking at the CEE region as a whole, we can actually see much more progress towards SDGs than we could have predicted just a couple of years ago,” says Agnieszka Gajewska, public sector and infrastructure lead at PwC CEE. “The region has undergone a major transformation, with great strides made in the socio-economic sphere and progress recorded against most of the 17 SDG indicators.”

Looking at the results posted by Eurostat, this is clearly seen in Poland for example, where all but one of the SDGs — gender equality — show progress.

The right goals, at the right time

According to Pabon, not all SDGs are of equal importance at all times.

“The first are those that are critical now (SDGs on the environment, poverty, education, and equality). These are also central to membership of the EU, so for CEE countries, they would have already been working to amend these particular areas. These goals are where CEE countries are most on par with the rest of Europe,” he tells Emerging Europe.

In the second group are goals such as affordable and clean energy, decent work and economic growth, and industry innovation and infrastructure.

“Things like innovation, economic growth, and collaborative partnerships don’t happen overnight. When you’re trying to keep a country afloat, they aren’t necessarily top-of-mind either. They are also areas where Western Europe has a huge head start,” Pabon adds.

Regardless, it is clear that more work is needed to achieve the sustainable development goals in the CEE region.

“More rapid progress is needed but it’s difficult for many reasons,” Gajewska tells Emerging Europe.. “There is still low awareness of environmental and climate challenges, insufficient regulations and public incentives, as well as expertise and experience. In the case of Romania and Bulgaria, the capacity of public institutions and absorption of EU funds need to be improved in the future.”

As Gajewska points out, sustainability needs to become a critical priority in CEE and according to UN estimates five-seven trillion US dollars (or 4.7 to six billion euros) will need be mobilised each year globally in order to meet the sustainable development goals: much of this in emerging Europe.

“Looking more closely at Central and Eastern Europe, including the Western Balkans and CIS [Commonwealth of Independent States], our PwC findings show demand to be as high as three trillion US dollars [2.5 trillion euros] over the next few years,” she says.

These are huge amounts of money, but CEE countries can take advantage of EU funds — both the European Green Deal budget which comes to just over one trillion euros and its Recovery and Resilience Fund, worth 750 billion euros.

“This injection of capital, supported by advanced technologies and digital skills, should make a real green transformation achievable in our region,” Gajewska says.

But in order to make it happen, collaboration within the EU is imperative, according to Pabon.

“This is especially true with countries that are underperforming, like those in CEE. Expecting overnight change is unrealistic and historical realities must be taken into account. There should also be a focus on the most material of the goals, dependent on country, to tackle first.”

As Pabon says, countries in CEE may not reach their goals overnight, but according to the data, they are on their way. What happens next will depend on how well they use EU funds, and how seriously they take the need for partnerships across different sectors.

“Clearly, any single country or any sector can’t face this challenge alone. What we need is strong partnership among global, regional and local, private and public actors – combined with well-structured and strategic approaches. The resources are available,” says Gajewska.

Not one solution, but many: Why decarbonisation relies on industry buy-in
How Russia uses language to keep itself relevant in Central Asia
Comment