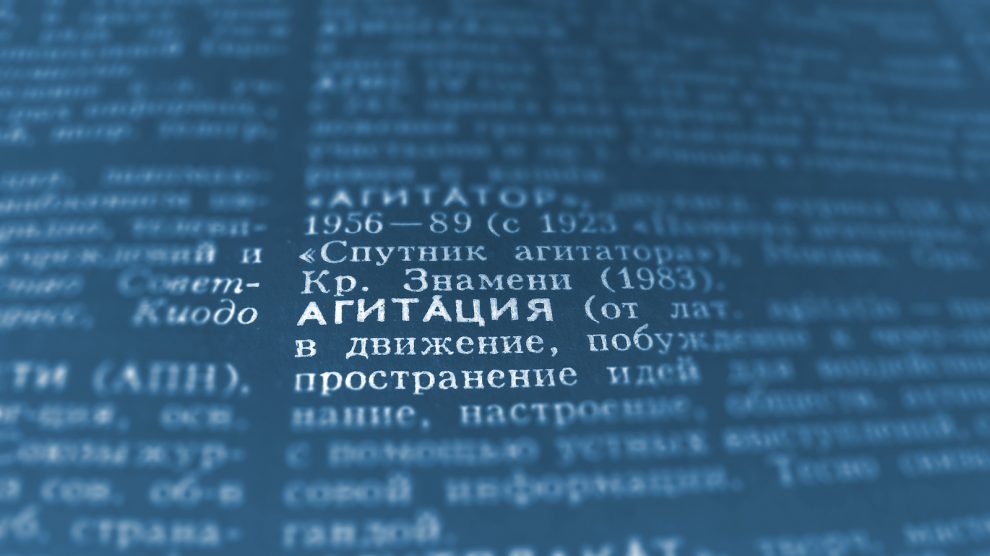 Disputes over language in Central Asia are being amplified by the Kremlin to validate its presence in the region.

Two relatively minor incidents in Kyrgyzstan recently ended up becoming international scandals – largely thanks to being picked up by Russian politicians and Russian media.

In late June, a nine-year-old ethnic Russian boy attending a judo camp for children was beaten up by some of his peers – apparently for ethnic or religious reasons. Although the boy’s parents specifically implored Russian media to not inflame the situation, stressing that it was an isolated incident not indicative of any true sectarian tensions in Kyrgyzstan, the story was soon all over the Russian press.

Then, in early August, a video went viral across social media, further escalating tensions. In the video, taken by a surveillance camera, a Kyrgyz man gets angry at a Slavic-looking shop assistant for not speaking Kyrgyz; the man then throws a calculator at the young woman from close range.

Both these incidents were seized upon by Russia. Vyacheslav Volodin, chairman of Russia’s parliament, suggested banning entry to Russia for any Kyrgyz citizens who had shown hostility towards their Russian-speaking compatriots.

Then, notable nationalist rabble rouser Vladimir Zhirinovsky, leader of Russia’s Liberal Democratic party, led a protest in front of the Kyrgyz embassy in Moscow. Offering the usual tired screeds about how Russia made enormous sacrifices to “civilise” the Central Asian states, he demanded a reduction in Kyrgyz migrant workers in Russia as a response to the incidents.

Incidents in neighbouring Kazakhstan have also attracted the attention of Russian politicians and media.

Kazakh blogger Kuat Akhmetov has been publishing videos on his YouTube channel Til Maydani showing a small group of Kazakh nationalists (including Akhmetov himself) confronting workers at various businesses and government institutions about the presence of Russian-language signs.

For many, the disproportionate media attention given to these relatively small incidents – that could occur anywhere in the world – is indicative of a broader Kremlin agenda.

“Putin has always said that his commitment is to protect all Russians in the world,” says Giuliano Bifolchi, founder of ASRIE Analytica, a geopolitical analysis platform. “This is also an excuse or an opportunity for the Kremlin to be involved in different areas.”

“We have to keep in mind that parliamentary elections are approaching in Russia,” Tleuliyev tells Emerging Europe. “Putin and his party specifically provoke this type of nationalism by focusing on such incidents. And our current regime collaborates with Putin.”

Russian has a similar status in Kyrgyzstan, where there are roughly 350,000 ethnic Russian citizens, around six per cent of the population. These are particularly concentrated in urban areas, making them overrepresented in the economic and cultural centres of the country.

In both Kazakhstan and Kyrgyzstan, these people are primarily descendants of settlers from the days of the Russian Empire, and later the Soviet era. In both countries, the number of ethnic Russians has dropped significantly due to emigration since the breakup of the Soviet Union.

However, with millions of ethnic Russians still living in Central Asia, the Kremlin constantly has a ready-made excuse to meddle in its former backyard.

Disputes over language have become the most common battleground between nationalists of various sides.

Turkmenistan and Uzbekistan (where there have always been significantly fewer ethnic Russians than in Kyrgyzstan and Kazakhstan) have both relegated the Russian language from co-official status and switched their alphabets from Cyrillic to Latin.

Kazakhstan is also in the process of changing its alphabet. The transition is set to be completed by 2025.

This has also led to alarm within Russia that these countries, for centuries within Russia’s orbit, are slowly drifting away from Moscow, often in favour of building ties with China and Turkey, both direct regional competitors to Russia.

As such, the continued presence of large populations of ethnic Russians in Central Asia serves as a convenient pretext to justify Russian involvement in the interior affairs of these countries – the Kremlin sells this interference to its more nationalist constituents as being driven by concern for the wellbeing of their kin.

Storm in a teacup

This is not to say no sectarian divides exist within these countries.

“At school, the upper class students would hit us if they heard us speaking in Russian,” says Serikzhan, a Kazakh now working in Kyiv. “And I’m not proud of this, but as children, we would sometimes attack Russian kids to take their stuff – footballs, shoes. People in rural areas also sometimes have a hostile attitude towards Russians – and Russians often look down on rural Kazakhs and the Kazakh language and culture in general.”

However, these tensions and divides are nowhere near as serious as portrayed by Russian nationalist media, and such low-level incidents can be found in virtually any diverse country.

“I have plenty of [ethnic] Russian friends,” says Serikzhan. “Many are proud to be Kazakh, and speak the language.”

In fact, that these relatively mild incidents have received such widespread Russian media attention indicates that the problem is not serious at all, particularly compared to what Central Asian migrant workers regularly face at the hands of the Russian authorities and fringe groups of racist Russians.

For Zamanbek Tleuliyev, if there were true representative democracies functioning in these countries, Russia would not have as many excuses to meddle in their affairs.

“The parliament – a parliament truly elected by the people – should decide on the issue of official languages. Let it be one, five or 10 – there are plenty of good examples in the world of functional countries with multiple official languages. Language, ethnicity and skin colour should not be important, but rather – the rule of law and respect for human rights.”

Are the countries of CEE doing enough to meet their sustainable development goals?
Norilsk is no longer Russia’s most polluted city
Comment