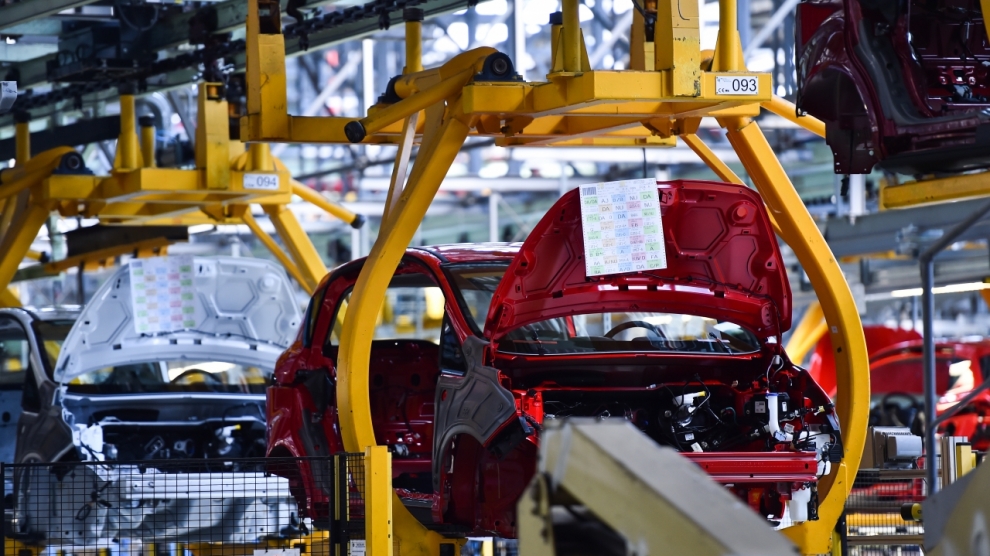 In 2016, 500 of the largest companies in Central and Eastern Europe generated a turnover of 580 billion euros, says the Coface CEE Top 500 report. Polish companies increased their turnover by 3.3 per cent, while the turnover in Hungarian and Czech firms decreased by 11.5 and 2.2 per cent respectively. With two companies located in Poland— Orlen and Jeronimo Martins, and one each in the Czech Republic, Hungary and Slovakia (Škoda,  MOL and Volkswagen, respectively), the top five lacks a Romanian business. However, this might change in the coming years.

“In the recent past, more and more companies have grown large enough to enter the Top 500 ranking — from 56 in 2013 to 65 in 2016. The average turnover of Romanian businesses of 891 million euros is still lower than in most other CEE countries, but registers its highest ever growth rate in 2016, 6.6 per cent,” says Eugen Anicescu, country manager, Coface Romania.

“Next year’s ranking will show how many Romanian companies have been able to transform the steady economic growth into increased revenues and thus enter the circle of the largest businesses in CEE. Romania is growing as the evolution of the companies, but it is still under the potential of the domestic economy and under the potential of GDP, although it is registering the highest growth of this indicator in the region,” he adds.

In this year’s ranking for the first time, the automotive sector, which grew by 8.6 per cent to 128 billion euros, accounted for the biggest share of the turnover. This left the oil and gas firms, whose turnover shrunk by 5.6 per cent, in second place. In the EU, new passenger car registrations increased by nearly 7per cent per cent. This higher demand had a positive impact on car producers, which are mainly located in CEE. Car manufacturers and producers of components and spare parts in the region increased their capacities for Western Europe, their main export destination.

According to Coface, after peaking at 3.5 per cent in 2015, its highest post-crisis level, CEE average growth dropped to 2.9 per cent in 2016. The CEE countries benefited from the favourable situation on the labour market, with falling unemployment rates and rising wages.

“The improving macroeconomic environment has had a positive effect on business, with company insolvencies dropping by 6 per cent in 2016 and 14 per cent in 2015,” says Katarzyna Kompowska, CEO Coface Central and Eastern Europe.

“Furthermore, labour markets continued to improve, resulting in unemployment rates that have reached the lowest levels ever recorded, most notably in the Czech Republic, with 4 per cent. Rising wages and low inflation, along with improving consumer sentiment, have made household consumption the main driving force behind economic expansion, which had a positive effect on some sectors in CEE,” she adds.

Coface reports that the net profit generated by the Top 500 firms decreased by 3.3 per cent and reached 26.3 billion euros. The 500 companies employed 4.5 per cent of the total labour force in the region, increasing their workforce significantly by 3.9 per cent to 2.24 million people. This development was reflected in the declining unemployment rates in the region. In most of the CEE countries, unemployment rates are now even lower than in Western European countries. The only country which registered higher unemployment figures than the year before is Estonia — 6.8 per cent. In 2017 and 2018, CEE economies are expected to recover following the slowdown in 2016.

“Coface forecasts that the average Central and Eastern Europe GDP growth rate will increase to 3.4 per cent in 2017 and 3.3 per cent in 2018. Both years will be fuelled by stable growth in private consumption, supported by continued improvements on the labour market. Households have already experienced an increase in prices. This shows a reversal of the deflationary period recorded in many economies during previous quarters,” says Grzegorz Sielewicz, regional economist at Coface Central & Eastern Europe.