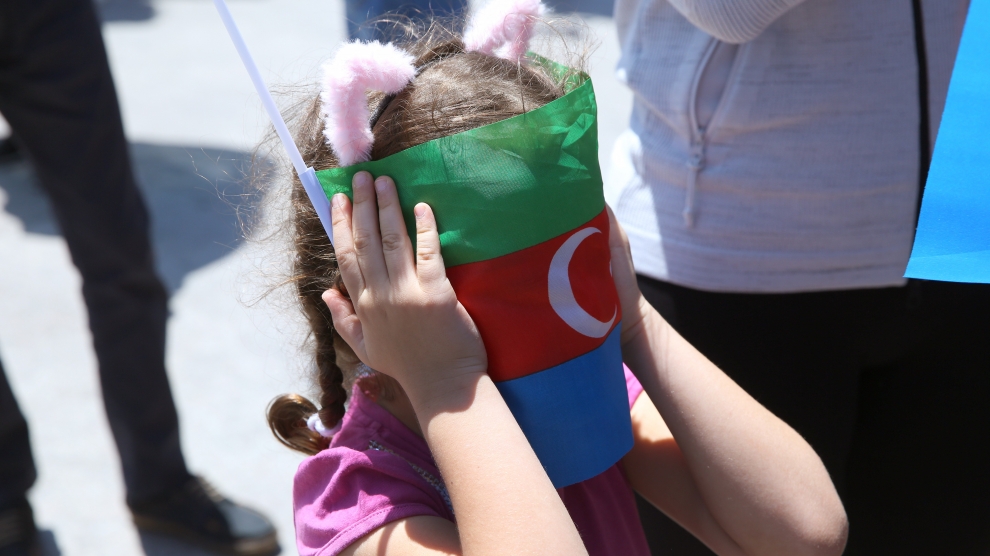 Two major reports describing the systemic torture of prisoners, together with an electoral system which falls far short of international standards, have once again placed huge question marks against Azerbaijan’s commitment to human rights and the rule of law.

There was much talk of a bright new future for EU-Azerbaijan relations earlier this year, not least after the Azeri President Ilham Aliyev’s successful visit to Brussels in February, where he met with the EU’s High Commissioner for Foreign Affairs and Security Federica Mogherini. Ms Mogherini went so far as to express hope for a quick conclusion of talks on a new agreement between the two sides, dubbed the Strategic Partnership Agreement (SPA).

Since then, Azerbaijan has been backsliding at great pace.

Firstly, the president called a snap presidential election for April, bringing forward the date of the vote from October, a move his allies said was necessary to avoid presidential and parliamentary elections clashing in 2025. Mr Aliyev was first elected in October 2003, two months before the death of his father, Heydar Aliyev, who ruled for 10 years. He cemented his position with two referendums, one in 2009 that scrapped a two-term presidential limit and another in 2016 that extended the presidential term to seven years from five.

The election was boycotted by the main opposition parties, and Mr Aliyev predictably won a landslide victory, taking more than 86 per cent of the vote on a 75 per cent turn out. International watchdogs were not impressed.

The International Election Observation Mission of the Organisation for Security and Co-operation in Europe (OSCE) said that the vote took place within a restrictive political environment and under a legal framework that curtails fundamental rights and freedoms, which are pre-requisites for genuine democratic elections.

“Against this background and in the absence of pluralism, including in the media, this election lacked genuine competition. Other candidates refrained from directly challenging or criticising the incumbent, and distinction was not made between his campaign and official activities,” read the OSCE’s preliminary report into the vote.

The OSCE’s final report, published in July, was even more damning.

It recommends that a thorough and independent investigation of election day irregularities be conducted, including a review of web camera footage, where available, signed voter lists and valid and invalid ballots.

Noting a number of campaign events where public sector staff appeared to be coerced to attend by party officials or police, the report also recommends that election campaigning be conducted in an atmosphere free from intimidation and fear of retribution, and that the authorities and political parties refrain from pressuring public sector employees and others.

Although Azerbaijan is party to multiple human rights treaties, including the UN Convention against Torture and the European Convention on Human Rights, which prohibit torture and other forms of ill-treatment of detainees, the Council of Europe’s Committee for the Prevention of Torture and Inhuman or Degrading Treatment or Punishment (CPT) claims that torture, impunity and corruption in law enforcement remain systemic and widespread.

The CPT’s overall impression of the situation in Azerbaijan is that torture and other forms of physical ill-treatment by the police, other law enforcement agencies and the army, corruption in the whole law enforcement system and impunity remain systemic, widespread and endemic. There is a serious problem of impunity and lack of proper investigation of ill-treatment allegations, as well as and ineffective legal safeguards for detained persons, such as access to a lawyer, notification of custody, access to a doctor, receiving information on rights.

Furthermore, despite legislative reforms and efforts to renovate old and build new prisons, there is an ongoing problem of prison overcrowding, poor material conditions, lack of activities (especially for remand and life-sentenced prisoners), inadequate medical care and insufficient and poorly paid prison staff. These issues make it harder to fight corruption and prevent inter-prisoner violence.

The CPT report does, however, welcome the decision of the Azerbaijani authorities to publish its reports, which it feels could signal a new commitment to transparency in confronting many of the serious issues raised.

“Azerbaijan’s decision to publish all reports which have so far remained confidential is a major breakthrough; it heralds a new era in our co-operation with Azerbaijan and is a clear indication of the authorities’ resolve to enhance their dialogue with the Committee and to address effectively the serious problems the Committee has highlighted,” said Mykola Gnatovskyy, president of the CPT.

However, Mr Gnatovskyy also makes it clear that Azerbaijain needs to clean up its act.

“It is high time that the Azerbaijani authorities took decisive action to stamp out torture in the country and implement to the fullest extent the Committee’s recommendations,” he stresses. “As a first step, as repeatedly stated in the past, the anti-torture committee wishes to see the highest-level political authorities in the country making a public, firm and unequivocal statement of zero tolerance towards torture and other forms of ill-treatment of persons deprived of their liberty in Azerbaijan.”

Publicising police abuse can invite official retaliation. Mehman Huseynov, one of Azerbaijan’s most popular bloggers, is serving a two-year prison term on grounds that he ‘defamed’ police officers because he went public about the ill-treatment he had suffered in custody. A group of plainclothed officers attacked Mr Huseynov, blindfolded and gagged him, forced a bag over his head, used an electroshock weapon on his groin, and punched him, bloodying his nose. The investigation into Huseynov’s allegations was swiftly closed after a summary finding that they were groundless.

The European Parliament has responded to Azerbaijan’s backsliding by adopting a resolution which, while reiterating its commitment to strengthening ties with the country, makes it clear that this will not be done at the expense of human rights. In fact, members of parliament have said that they will not ratify any agreement with any country that fails to respect fundamental EU values and rights.

“The European Commission should now follow through with a clear message — Azerbaijan’s crackdown on dissent must end and political prisoners freed,” he says.

“The EU’s eagerness to engage with Azerbaijan reflected, at best, wishful thinking – that giving the country’s leadership what they desired could lead to further improvements of the country’s abysmal human rights record — or at worst, it reflected worrying cynicism on the EU’s part, with hydrocarbon interests trumping rights concerns.”

Rapprochement with the EU initially came as a result of Azerbaijan releasing 17 political prisoners and journalists in 2017. It would appear that an even bigger show of good faith will now be needed if the country wants to rescue the Strategic Partnership Agreement.