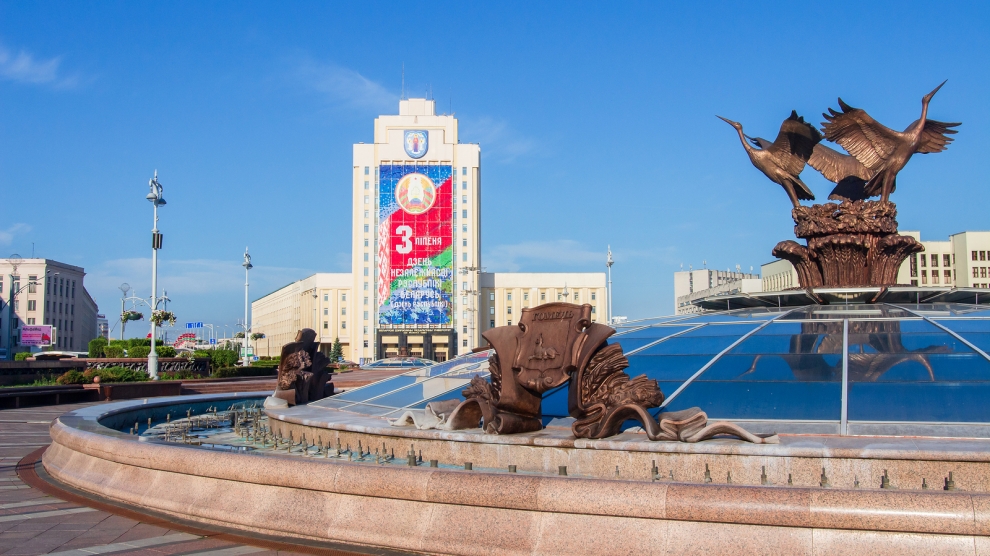 Belarusian opposition politician Zmitser Dashkevich has reportedly been arrested after giving a speech to a crowd in Minsk.

According to local media reports, some 3,000 protesters gathered in the country’s capital to celebrate Freedom Day, marking the 101st anniversary of the short-lived Belarusian People’s Republic in 1918 and an independent Belarus.

Freedom Day, which is an unofficial holiday in the country, is a popular occasion for the Belarusian opposition to come together and protest against the government of president Aleksander Lukashenko and the country’s close ties to Russia.

Several demonstrators held banners demanding the release of political prisoners and calling for an end to the persecution of opposition-leaning figures.

“The regime grips Belarusians by the throat by jailing them for their political beliefs, imposing taxes, fines and unfair contract on them. Under such circumstances the unity of the Belarusian democratic movement is crucial,” Pavel Sevyarynets, a co-chairman of Belarusian Christian Democracy told the Belarusian press.

The Belarusian government tried to stop the rally by barring it from Minsk’s city centre. The main protests, marked with a peaceful concert and other festivities, eventually took place in Kyiv Square.