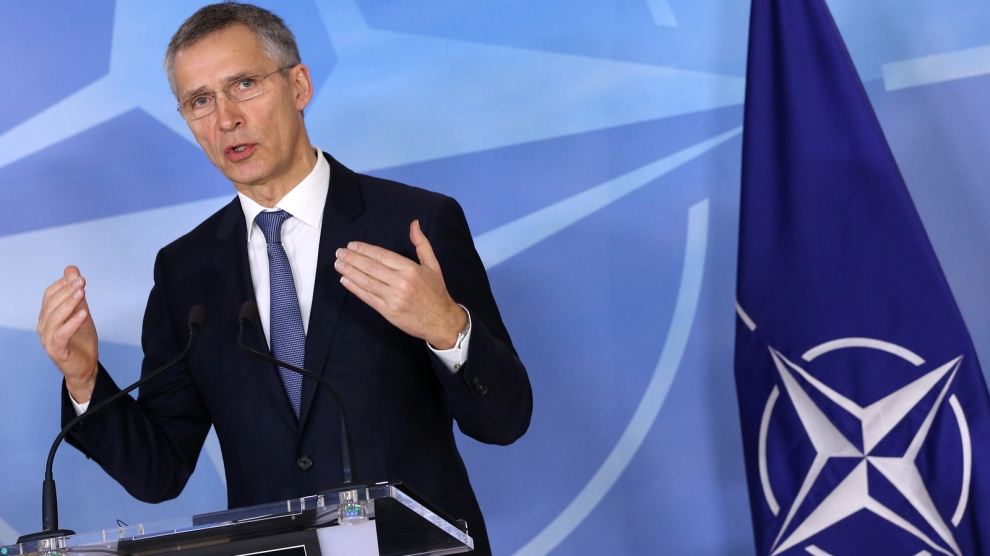 NATO foreign ministers, meeting in Brussels on December 5, have given Bosnia the green light to take a major step forward on its path toward joining the military alliance, despite Bosnian Serb objections.

NATO foreign ministers formally invited the ethnically-divided Balkans country to submit its first annual programme of political, economic and defence reforms aimed at bringing it into line with the alliance’s standards.

The move is part of NATO’s Membership Action Plan (MAP) process, which does not necessarily mean that Bosnia will join the alliance anytime soon. Indeed, it is unclear whether the government in Sarajevo will accept NATO’s invitation.

“We made our decision: if they are ready, we are ready” said NATO Secretary-General Jens Stoltenberg (pictured above) after the Brussels meeting.

The Muslim Bosniak member of the country’s tripartite presidency, Sefik Dzaferovic, welcomed NATO’s invitation and said it would give new impetus for the country to reach one of its “most important foreign policy goals.”

“I expect to see our institutions immediately start preparing the annual programme of reforms NATO has ,” Dzaferovic said in a statement.

That stance was reiterated by the Croat presidency member, Zeljko Komisic, but the pro-Russian Serb presidency member Milorad Dodik has so far remained silent on the issue. Mr Dodik has long been a vocal opponent of Bosnia’s NATO membership and has repeatedly said that he will block all efforts to join the alliance.