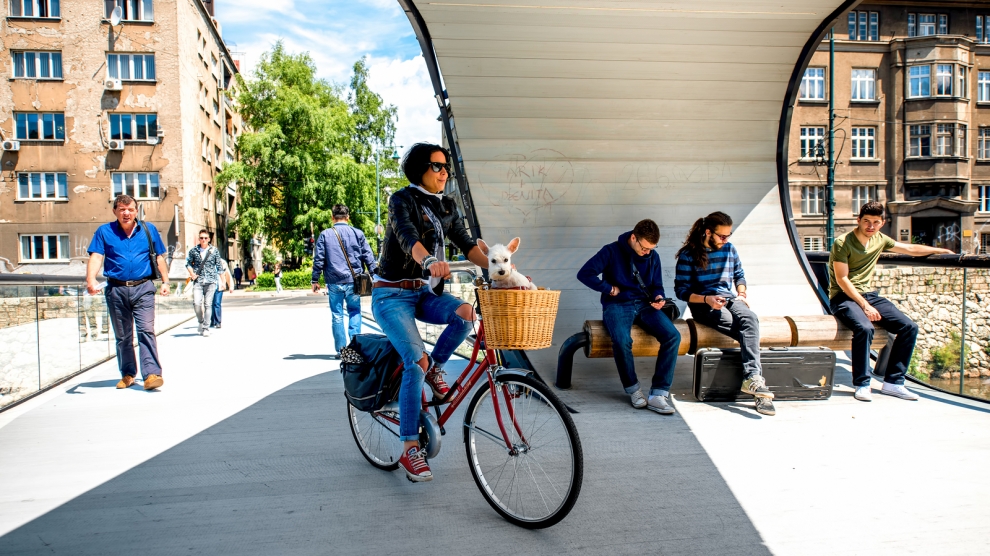 Bosnia and Herzegovina leads Europe and central Asia when it comes to equality in the workplace, according to a new study, the Women’s Workplace Equality Index (WWEI). Elsewhere in emerging Europe, Lithuania and Latvia both make the global top 10.

Australia took the top spot globally (out of 189 countries ranked), receiving a score of 94.9 (out of 100), only 2.7 points more than Bosnia and Herzegovina. 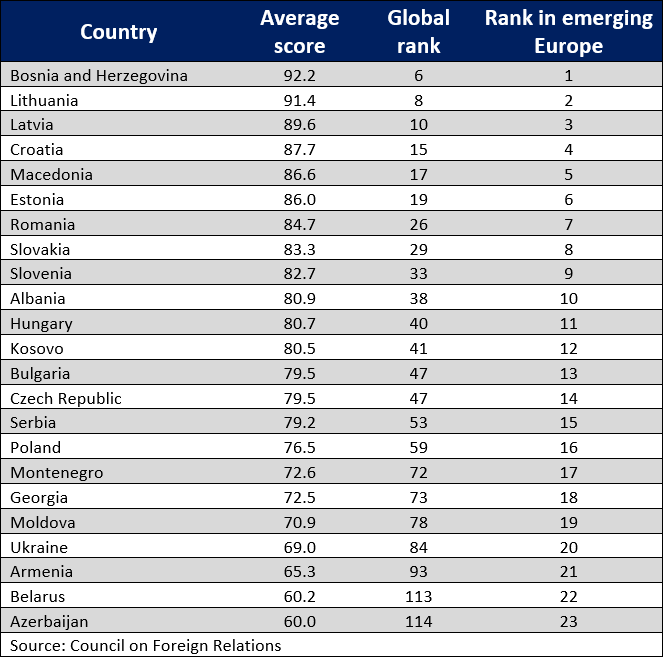 The WWEI is based on the World Bank’s Women, Business and the Law 2018, which outlines seven ways in which national laws can impede women’s work: accessing institutions, building credit, getting a job, going to court, protecting women from violence, providing incentives to work and using property.

Whilst Bosnia and Herzegovina has taken significant steps to improve gender inequality since 2015, there are still some areas where the country falls short. The country gained top marks (100 points) in four out of the seven categories, falling short when it comes to getting a job (80.6 points), protection against violence (81.3 points), and providing incentives to work (83.3 points).

The country that performed the worst in emerging Europe is Azerbaijan, which is ranked 114th globally. The laws of the country provide women with little to no support when it comes to building credit, going to court, protection against violence, as well as getting a job and providing incentives to work. Most shocking of all is that there are no laws prohibiting sexual harassment in schools, as well as the fact that there are no criminal penalties for sexual harassment in the workplace or for domestic violence. In addition there are many restrictions on the types of jobs women can have, as they are exempt from working in certain industries. However, Azerbaijan is gradually increasing and equalising the age at which men and women can retire and receive pension benefits.

Generally speaking, the vast majority of emerging Europe performs quite well on the global stage, receiving scores above 76 points, which puts them in the first group of countries. However, when looking at the individual categories the picture is quite different. All countries in emerging Europe got top scores for accessing institutions as well as using property, but when it comes to the other five categories the scores are extremely varied.

As a region, not a single country received top marks for protecting women from violence. The highest score for the region was 93.8, which is shared by Croatia, Romania and Slovenia. Ukraine, Belarus and Armenia were the only countries from the region to get a score of less than 50 points out of 100.

Neither Belarus or Montenegro received any scores when it comes to women’s ability to build credit.