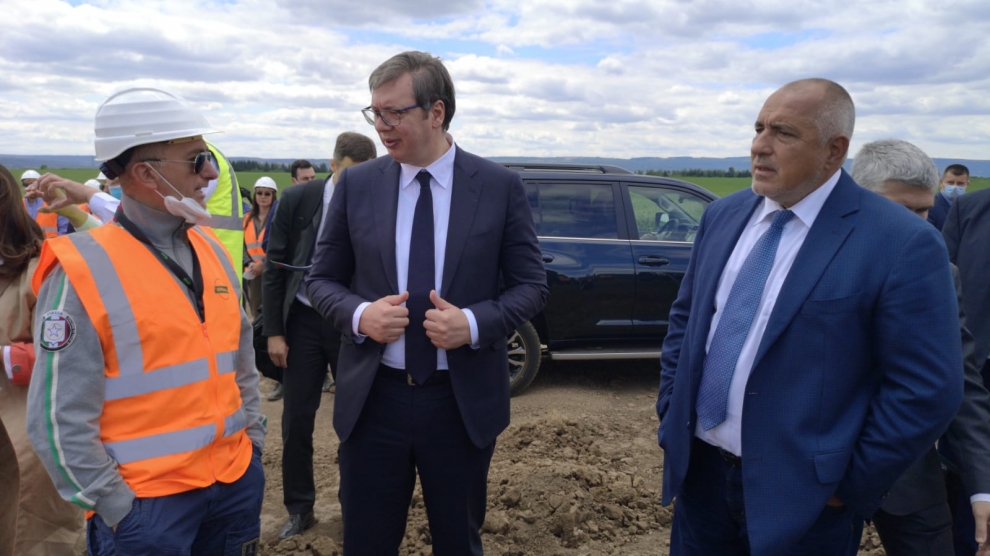 Bulgarian Prime Minister Boyko Borissov has reaffirmed his country’s commitment to the Balkan Stream natural gas pipeline project, despite delays in construction. Mr Borissov said on June 1 that he wants the pipeline – an extension of Russia’s TurkStream project – ready by the end of the year.

When completed, the 474-kilometre pipeline will deliver primarily Russian gas from TurkStream via Turkey to Bulgaria, Serbia and Hungary.

“Let’s hope that coronavirus is gone and we can put the two months of delays behind us,” Mr Borissov told reporters after inspecting progress on the pipeline with Serbian President Aleksandar Vučić, the first foreign leader to visit Bulgaria after travel restrictions due to the Covid-19 pandemic were eased.

“This pipeline can transport both Russian and Azeri gas,” he added. “This allows gas diversification not only for Bulgaria, but for Serbia and the region.”

Bulgaria is almost wholly dependent on Russia for its roughly three billion cubic metres (bcm) in annual gas consumption, although it has in recent months started to reduce its dependence on Russian gas by importing liquefied natural gas (LNG) from the United States. Balkan Stream is expected to have a capacity of around 20 billion cubic metres of gas per year once it its fully operational.

Both Mr Borissov and Mr Vučić were present in Istanbul at the inauguration of TurkStream in January.

With much of the world’s attention centered on the more controversial Nord Stream 2 pipeline, which will deliver Russian gas to Germany via the Baltic Sea, Russia has also been building the two TurkStream pipelines, each with an annual capacity of 15.75 bcm, to bypass Ukraine to the south.

Since TurkStream began pumping gas at the beginning of the year, gas volumes shipped through Ukraine have dropped by around 40 per cent.

TurkStream is a less ambitious version of South Stream, a project Russia developed in partnership with Italy’s ENI and Electricité de France, originally aimed at constructing a pipeline running from the Black Sea port of Anapa in the Russian Federation all the way to Varna in Bulgaria. From there, South Stream would reach overland to Austria, crossing Bulgaria, Serbia and Hungary. Russia ended up calling off the project in 2014 because of a dispute with the European Union over which gas producers would be allowed to use it.

Why have so many countries in emerging Europe failed to take action to combat domestic violence?
Armenia’s PM tests positive for coronavirus
Comment