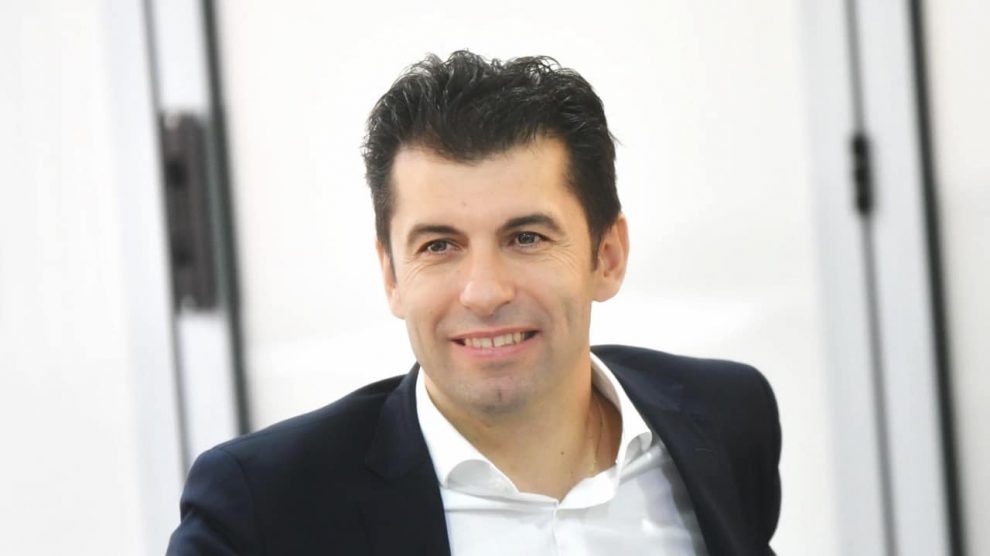 Bulgaria’s parliament this week formally voted to elect Kiril Petkov (pictured above) as the country’s next prime minister, ending a months-long political crisis. MPs elected the 41-year-old centrist leader by 134 votes to 104 during a session on Monday. In a separate vote, lawmakers also approved the country’s new centrist-led government – a coalition led by Petkov’s anti-corruption Continue The Change party (PP) and including the Bulgarian Socialist party, the anti-elite There Is Such A People party, and the liberal group Democratic Bulgaria.

In a landmark judgement, the Court of Justice of the European Union (CJEU) this week ruled that a child and her same-sex parents must be recognised as a family, the child should be issued a Bulgarian passport, and the family should have free movement in all member states of the European Union. The CJEU said that if one EU member state recognises a parental relationship between a child and its parents, then all member states should, in order to give the child its right to freedom of movement.

Seven people were killed and four injured when a car with a Serbian license plate carrying migrants crashed into a house in Hungary late on Monday, after its driver refused to stop for a check, police said. The driver saw that police were checking cars in the village of Morahalom near the Serbian border and attempted to avoid them by speeding away, police told the MTI news agency on Tuesday.

Four migrants from Syria and Iraq were rescued from a swamp in Poland near the border with Belarus late on Tuesday in a life-or-death operation as bitter winter conditions set in, security services said. While the number of migrants trying to cross into the European Union from Belarus has decreased in recent weeks, human rights activists are increasingly alarmed about the dangers facing those still attempting the crossing in sub-zero temperatures.

Romania’s minister of innovation and digitalisation has resigned after an investigation by journalists who reported they found significant irregularities on his resume and evidence he plagiarised from an academic paper. Florin Roman, who had served in Romania’s new coalition government for less than a month, quit his post after Romania’s Libertatea newspaper published a third article calling his claimed educational credentials into question.

Polish cryptocurrency payments start-up Ramp has announced a 52.7 million US dollars Series A round, just months after the company closed its nine million Us dollars seed round. It comes on the back of 30x growth in transactions over the last year, as well as a tripling of its team in just the last six months. Rumours had circulated in recent months that Ramp’s imminent raise would be around 30 million US dollars, suggesting that the four-year-old start-up was valued at around 300 million Us dollars. The actual raised amount was close to double that estimate.

Moldova aspires to join the European Union and the former Soviet republic has told Russia that this is its choice, Moldovan President Maia Sandu said on Tuesday. Her comments in an interview with Reuters were her clearest public remarks on Moldova’s pro-Western course. Since Moldova won independence from the Soviet Union in 1991, pro-Russian and pro-EU politicians have vied for control.

Sergei Tikhanovsky, the husband of Svetlana Tikhanovskaya, the leader of the Belarusian democratic opposition, was on Tuesday sentenced to 18 years in a maximum security prison by a court in Minsk. Five other opposition activists, including Tikhanovsky’s social media manager Dmitry Popov and RFE/RL journalist Ihor Losik also received lengthy sentences – from 14 to 16 years – after they were found guilty of inciting mass unrest and social hatred.

Ukraine’s President Volodymyr Zelensky sought security guarantees from the NATO chief in a meeting on Thursday and came away with a renewed commitment that his country could eventually join the military alliance despite stiff objections from its Russian neighbours. Though western leaders have made that pledge before, the timing of the statement by NATO’s secretary general, Jens Stoltenberg, sent an unmistakable message of support for Ukraine against any new Russian aggression that may come.

Azerbaijan’s parliament is considering a new law that would impose sweeping new restrictions on the country’s media. On Tuesday, the draft bill, known as “On the Media,” passed its first reading in parliament and appears destined to become law. The new regulations include the creating of a registry of journalists, while owners of media outlets will have to live in Azerbaijan, which would effectively ban many of the country’s independent media which are run by Azerbaijanis who fled the country’s already repressive media environment.

Lithuania’s diplomatic delegation to China left the country on Wednesday in a hastily arranged exit, diplomatic sources said, as relations soured further over Taiwan, which opened a de facto embassy in Vilnius last month. Beijing, which has stepped up pressure on countries to sever relations with the island, downgraded diplomatic ties with Lithuania in November after Taiwan opened a representative office in the Baltic state’s capital.

A memorial dedicated to legendary motorcycle racer Joey Dunlop has been vandalised in Estonian capital Tallinn. Dunlop, who is considered one of the greatest motorcycle racers of all time, died in 2000 when competing in Tallinn. Tributes and memorabilia have gone missing from the site of his death. “The memorial itself is untouched, but the personal things that make this a holy ground have been vandalised,” said Allan Amelijusenko, organiser of the Joey Dunlop memorial ride. “We contacted the police and hopefully we will find the person who done this. We might not find them but we are doing our best.”

Serbia on Tuesday took a significant step forward in its quest to join the European Union by opening talks on a series of policies linked to the environment, but Belgrade was warned that progress on its European path still depends on normalising relations with its former territory, Kosovo. Serbia was this week permitted to open talks on climate change and environment, energy, transport policy and trans-European infrastructure networks. Belgrade has now opened 22 negotiating chapters since its membership talks began in 2014. It’s the first time Serbia has opened four chapters at once.

A former Albanian environment minister has been arrested on abuse of post and corruption charges, the prosecutor’s office said Tuesday. In a statement, the Special Prosecutor’s Office Against Corruption and Organised Crime said Lefter Koka was arrested following months of investigation and is accused of abuse of post, corruption and money laundry for a concession contract on an incinerator in the central city of Elbasan. He is accused of accepting a bribe of 3.7 million euros. Koka, 57, was Albania’s environment minister from 2013 to 2017.

The European Union should slap sanctions on Bosnian Serb leader Milorad Dodik for his efforts to get Serb-dominated areas in Bosnia to secede from the Balkan country, Germany’s new foreign minister said on Monday. Annalena Baerbock, who took office last week, told reporters in Brussels that the situation in Bosnia and Herzegovina was “worrying” and the Bosnian Serb secession attempts were “unacceptable”. Her comments followed a vote last Friday by the Bosnian Serb parliament to launch a series of steps that could weaken war-ravaged Bosnia’s central authority.

Meanwhile, authorities in Bosnia and Herzegovina say they have arrested eight people suspected of involvement in the killing of dozens of people, including women, children and seniors, during the Bosnian War nearly 30 years ago. The suspects were detained in an operation launched across Bosnia early on Thursday, the Investigation and Protection Agency (SIPA) said in a statement, adding that they will be handed over to prosecutors for questioning. The agency said the eight were accused of committing crimes against humanity and war crimes against prisoners in 1992. The case relates to the killings of almost 100 Bosniaks in the area around the southern town of Nevesinje.

Tajik President Emomali Rahmon on Wednesday appointed his third daughter, Ruhshona Rahmonova, to be the country’s ambassador to Britain. Several other close relatives of Rahmon, who has nine children, occupy important official positions or control lucrative businesses in Tajikistan – one of the poorest former Soviet republics in Central Asia. Rahmon has ruled Tajikistan since 1992. Rights groups and opponents say he tolerates little dissent and suppresses his critics.

A rocket launch facility set to begin construction next year in southern Kazakhstan is to be named after former president Nursultan Nazarbayev, a senior official has said. The Nazarbayev Start, which is being built jointly with Russia at the Baikonur cosmodrome, will accommodate new-generation craft designed to have a reduced environmental impact compared to those currently in use. Digital Development, Innovation and Aerospace Industry Minister Bagdat Musin said on Tuesday that a definitive decision on whether the facility will retain Nazarbayev’s name will be made after initial construction work is complete.