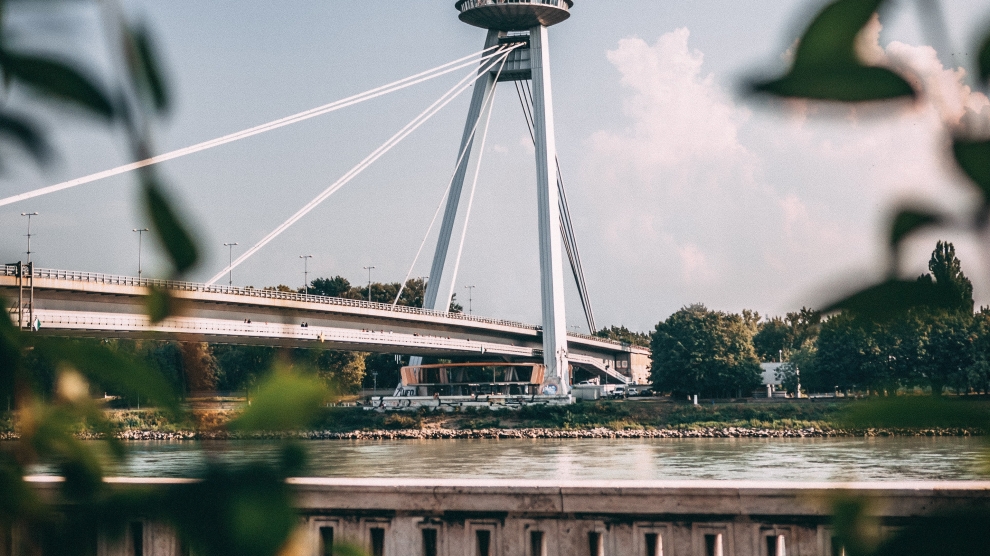 The mayors of Central Europe’s capitals are increasingly looking to differentiate themselves from their authoritarian governments – by pitching for more EU funds to fight climate change.

On February 12, during a visit to Brussels, the mayors of Budapest, Prague, Warsaw and representatives from Bratislava in the absence of its mayor Matúš Vallo – the founders of the Pact of Free Cities – presented a letter to Ursula von der Leyen, the president of the European Commission in which they asked for a higher allocation of European Union funds to be directly distributed to the continent’s major cities.

They want the money to be dedicated to environmental protection as part of the European Green Deal, an ambitious plan put forward by Mrs von der Leyen last year to make Europe the first carbon-free continent in the world by 2050. The three mayors also met European Commission Vice President for Climate Frans Timmermans, and Elisa Ferreira, the European Commissioner for regional policy.

In their joint letter, which was co-signed by the heads of 11 other European cities, including Berlin, Frankfurt, the Hague, Milan and Vienna, the V4 mayors also advocate for EU guarantees that cohesion funds dedicated to cities will not be distributed politically, that the EU will increase the number of programmes that transfer European funds to cities, as well as dedicating more green funds to urban areas.

Presenting their goals to the European Committee of the Regions, Gergely Karácsony, the green-left mayor of Budapest, argued that while large cities such as Budapest did not only have higher GDP than the EU average, their emissions were also more significant, adding that Central European capitals are unable to tackle the negative effects of global warming on their own.

“There are numerous examples from the past years that local governments can be at the forefront of fighting climate change. One of the main reasons for is that they can react faster and they are not tied to the hands of the players of the energy market unlike national governments,” the letter reads.

While the plan of the Visegrád mayors is presented as a cross-regional environmentalist move, the four leaders – especially those of Budapest and Warsaw – want to stand up to their authoritarian governments and bypass the current system whereby most EU money is allocated to member states and distributed by national governments.

“V4 governments often veto EU decisions. As for us, we want to come up with constructive ideas,” says Rafał Trzaskowski, the mayor of Warsaw from the conservative-liberal Civic Platform party.

“We have to show the world the other side of the V4, we have to show that the Visegrád region is not equal to the governments that represents it,” Mr Karácsony said earlier this week, adding that climate scepticism and attacks against the rule of law from the Hungarian and Polish governments were the catalysts of their alliance.

“Cities can be the most important allies of the EU when it is confronted by such crises”, he stressed.

“There is little Brussels can do to prevent a national government from overlooking the spending preferences of opposition mayors, and there are few opportunities for cities to directly ask the bloc for money,” said Prague’s Pirate Party mayor Zdeněk Hřib, who – ahead of the Brussels visit – said that their plan could improve accountability and transparency.

If successful, the move could be win-win for the V4 mayors, who could not just claim an international victory, but support their parties’ positions in upcoming electoral contests.

The mayors of Budapest and Prague could also benefit from a fairer distribution of EU funds after large-scale corruption scandals in the Czech Republic and Hungary, involving Czech prime minister Andrej Babis and the son-in-law of Hungarian leader Viktor Orbán, both of whom are accused of abusing EU funds.

However, the push might have come too late, as EU heads of state and government are preparing for a special summit to negotiate the so-called Multiannual Financial Framework (MFF) between 2021 and 2028 on February 20. The next MFF budget is estimated at one trillion euro.

The European Commission and the European Council are hoping to bring the negotiations to an end soon, although the European Parliament has hinted at a potential veto if the outcome does not reflect its expectations.

Eastern Europe gives more to the west than it gets back: Elsewhere in emerging Europe
What’s in a name? Prague set to incur Russian wrath by honouring Boris Nemtsov
Comment