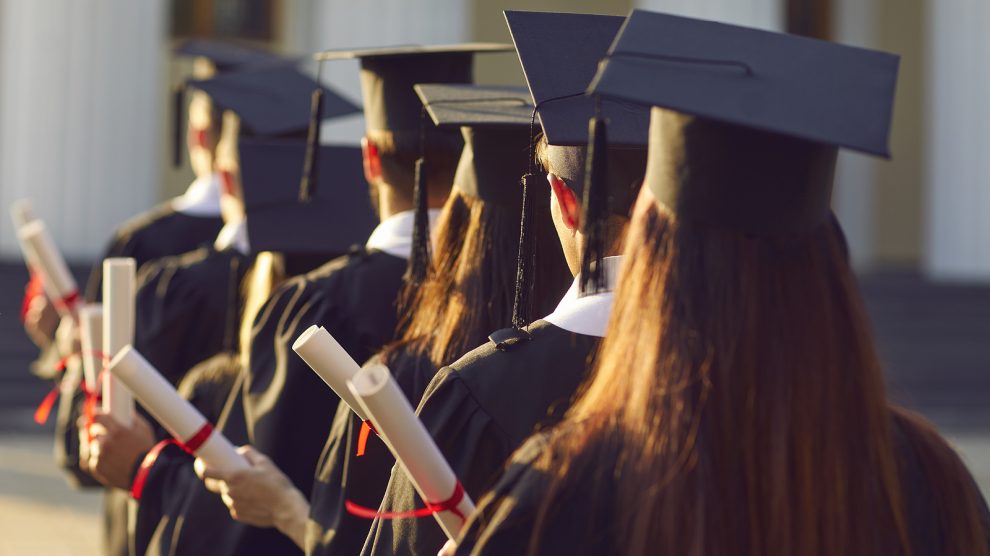 European Union students starting a degree in the UK this year will be expected to pay high fees, and as a direct result applications from the EU have fallen by 40 per cent. What does this mean for the exchange of students between the UK and emerging Europe?

As a member of the European Union, the United Kingdom was required to offer all European Union citizens equal access to higher education.

Before Brexit became a reality on the first day of 2021, EU students could pay the same fees as British and Irish students – up to 9,250 UK pounds per year. However, those starting their degree in 2021 will be expected to pay international fees, which can reach up to 38,000 UK pounds per year.

Furthermore, student loans will no longer be available. Students will also be required to procure visas.

The new financial requirements could be particularly strenuous for students from emerging Europe. According to the UK’s Universities and Colleges Admissions Service (UCAS), the sharpest decline in applications to British universities for 2021 has been from EU countries in what it calls South-Eastern and Eastern Europe.

Before Brexit, the number of EU students from emerging Europe in the UK was higher – per capita – than those from many Western European nations. Poland and Romania sent close to the same number of students as France and Germany.

Poland was among the several larger EU countries included in a 2020 British Council research project looking at young people’s attitudes towards higher education in the UK, which found that fees and the cost of living were often cited as hurdles.

Stella Ziffova, a Hungarian-Slovak undergraduate student at the University of Exeter, reflects on the data some found in the study.

“Degrees now cost around 26,000 UK pounds or even more for EU students and scholarships are limited to a maximum of 5,000 UK pounds. This makes it impossible for many to study in the UK, because even if they study part-time while working, their income would not cover both fees and the rent,” she tells Emerging Europe.

“Many EU students, mainly from Eastern European countries, will not be able to study in the UK. The percentage of those who will is small,” she adds.

According to the World University Rankings, published by Times Higher Education, there are still no universities in emerging Europe that make it into the world’s top 100. However, there are three that are ranked amongst the top 500. The highest-ranked of these is the University of Tartu in Estonia, followed by Charles University in Prague, Czechia, and Semmelweis University in Budapest, Hungary.

According to Ziffova, “Slovakia has quite a big population of Hungarians, many of whom start their university degrees in Hungary. This means that Hungary is already a popular option for many Slovak citizens. However, when it comes to citizens who cannot speak the language it would be difficult to study in Hungary because only a couple of courses are available in English.”

She continues, “In my opinion, a more realistic study destination in Eastern Europe is Czechia. In Europe, in general, Scandinavian countries and the Netherlands will most likely attract a large number of students who would have previously chosen the UK.”

Jana Le, admission specialists at the NGO Teach for Bulgaria, part of the Teach for All global network, has years of experience recruiting graduates from international universities to the programme. She tells Emerging Europe that graduates from British universities have been the most numerous international candidates. She notes that the organisation is not expecting to see a considerable drop in applicants with British education just yet.

“Since the start of the Covid-19 pandemic, universities in the UK have moved their lectures online, which led to many Bulgarian students returning to Bulgaria and completing their studies remotely. This allowed many to adjust back to living in Bulgaria for a prolonged period of time and see it as a viable option for continuing their education or starting their professional career,” says Le, herself a UK graduate who returned to Bulgaria upon completing her undergraduate degree.

While certainly not as numerous, another group of students that has been affected by Brexit are UK students studying in emerging Europe.

The high fees and competitiveness of medical degrees in the UK have allowed the emerging Europe region to attract a considerable number of British students looking for an affordable, internationally recognised and high-quality medical education.

According to theBBC, Bulgaria, Czechia, Hungary, Poland, and Romania have attracted a “substantial number” of British nationals interested in pursuing a medical degree since the mid-2010s. Study Medicine Europe, just one of several student recruitment agencies set up in the region helped over 1,500 British and Irish citizens to enrol at Bulgarian and Romanian universities in 2016.

Nanu Danie, originally from Edinburgh, has been studying at the Medical University of Varna in Bulgaria since 2018. She tells Emerging Europe, “Starting 2021 I had to get a temporary ID that allows me to stay in Bulgaria as a British citizen. Getting the ID was not a difficult process because our university helped us and explained the process. Otherwise, Brexit has not made a big difference to my future plans as my degree (Medicine) is approved by the GMC (the UK’s General Medical Council) and I can still return back home to the UK and practice as a doctor.”

While many of the appealing aspects of studying medicine in some emerging European countries, such as the affordable fees, cost of living and GMC-approved degrees, are still available to British students, British education has become significantly less accessible to the average student from emerging Europe.

Universities UK chief executive Alistair Jarvis says, “The UK government and universities must continue to demonstrate how much they value European students by working together to promote the UK as a high-quality destination for study and by offering new forms of financial support.”

“Perhaps this is something the sector could do itself,” she suggests.