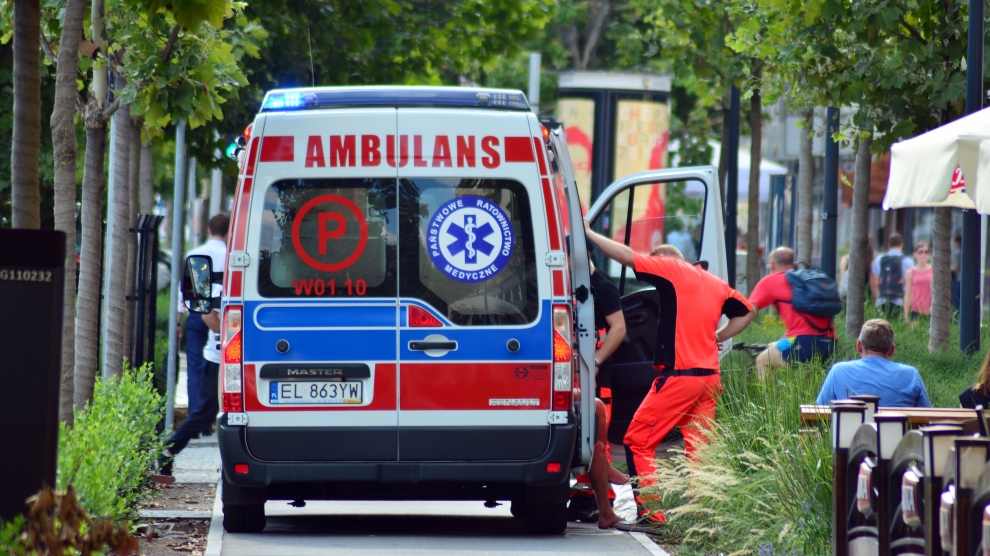 Covid-19 is laying bare the multiple pitfalls of the current socio-economic system across much of emerging Europe. Among them, the pandemic has highlighted that the management of healthcare workers and the institutional framework regulating their education are inadequate.

During the first wave of the pandemic, in the spring, the capacity of hospitals was more than saturated, with doctors and nurses working night and day to ensure the best possible outcomes for all patients. This dramatic scenario has revealed the fact that not only are healthcare professionals badly needed, but that in many places there are simply not enough of them.

Although this situation has very few exceptions globally, among the nations which have been affected the most by this issue are those in Central and Eastern Europe. According to data provided by the World Health Organisation, the ratio of doctors per 100,000 inhabitants in Poland, Serbia, Montenegro, Romania is well below that of Western European countries. In particular, Poland has 23.79 medical doctors per 10,000 people, one of the lowest figures in Europe.

As the second wave takes hold across Europe, concerns over the lack of qualified medical staff among governmental officials in the region are rising. Milan Kubek, the president of the Czech Medical Chamber, recently said that “healthcare services in the country may be threatened by the lack of qualified staff even more than the lack of ICU beds”: you can always buy medical equipment, but the training of medical staff takes years, if not decades.

This is the symptom of structural issues in the region which date back to the beginning of its transition period in the early 1990s.

“Large deficits in the public financing of health systems were just one of the challenges arising from the economic downturn of the 1990s in CEE countries. Many states sought to ration publicly funded health services – for example, through patient cost-sharing or decreasing the scope of basic benefits,” wrote Donata Kurpas, an associate professor at Wrocław Medical University in May’s edition of the International Journal of Integrated Care.

Nevertheless, not much has been done in order to solve the issue in terms of policymaking. In Poland, where 3,000 contracts in 73 different hospitals were analysed, the average salary of a junior doctor was found to be 13.65 zloty (2.96 euros) per hour. Furthermore, state-financed places in specialist training in Poland are not enough to cover current demands, and the wages for these vacancies are so low that a survey carried out by the Commission for the Young Doctors of the Polish Medical Chamber found that 89 per cent of doctors below the age of 35 need to have an additional job to compensate for their low salary.

It should thus not come as a surprise that pressure to go abroad comes from multiple sources, driving young medics out of the region from a very early age. Stories of family and friends struggling with working conditions in Poland push younger generations to rule out the idea of staying permanently in their home country.

Gosia, a third-year student from Poland training to be a doctor at University College London, says that one of the key drivers behind her decision to pursue a university education in the UK rather than Poland was the story of her aunt, also a doctor. “She has been working at a hospital for five years now, she just turned 30. She gets a low-medium salary from working additional shifts and spending all her time at the hospital”.

While wages surely play a paramount role in the brain drain from the region, structural problems go beyond purely monetary reasons. Education is at the very origin of the problem. Getting into specialist training is extremely hard, and the quality of teaching even during the first years of education is subject to criticism. “It all goes back to education,” says Gosia. The lack of quality of university teaching constitutes an additional catalyst for the problem, with medics deciding to pursue their education abroad from the very beginning of their undergraduate studies. “In Poland the system is really old, there is no cooperation with the professors, there are no tutors who support you. This pushed me to seek for alternative and more enriching approaches to the profession, which is part of the reason why I decided to move to the UK.”

These structural problems, the result of decades of low public spending on healthcare and education, are likely to last for decades. While the governments of emerging Europe’s countries are struggling to come up with satisfactory solutions to the problem during pandemic times, the shortage of healthcare professionals – combined with the new significant commitments demanded of doctors – is creating friction between governments and medical institutions.

Stanisław Karczewski, a senator from Poland’s ruling Law and Justice party (PiS), who is also a surgeon, claimed in a recent interview with TV station TVN24 that doctors claiming their wages are not adequate for their efforts “are telling falsehoods”. In contrast, he said that they “earn really good wages”.

“These doctors who are criticising the government should check how much they earn,” Karczewski told TVN24. “I am outraged by some of the remarks of young doctors.”

In contrast to the reaction of PiS, at the beginning of October the Hungarian government of Viktor Orbán approved a big rise in monthly wages for doctors. “We have finally managed to achieve what we have been fighting for. We will be able to work in a healthcare system without gratuity payments, with appropriate salaries,” said Gyula Kincses, chairman of the Hungarian Medical Chamber. The rise will almost double previous wages of healthcare professionals in Hungary by 2023, aiming at finally ruling out the almost-institutionalised system of informal payments from patients to doctors.

While this measure could be seen as a first step towards resolving the issue, it is clear that this regional brain drain needs to be addressed with long-term policies tackling economic as well as educational structural problems.

The real challenge will be conciliating effective long-term policies with more immediate ones, enabling healthcare systems to properly deal with the pandemic, and the challenges that will follow.