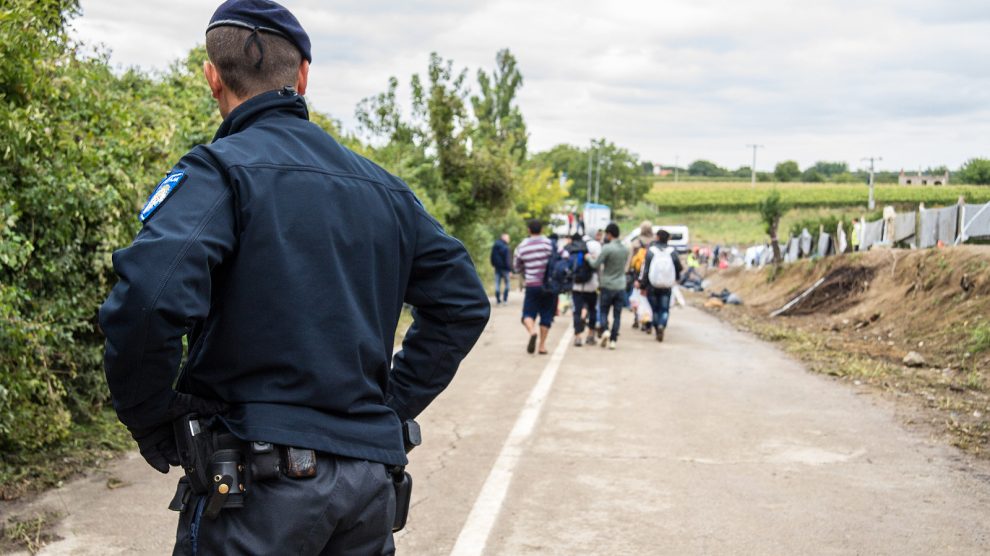 Immigration to the European Union will increase over the next decade decade, especially from Africa and the Middle East. The EU should manage it intelligently in close partnership with Africa, suggests a new study by the Vienna Institute for International Economic Studies.

A new study by the Vienna Institute for International Economic Studies (wiiw) concludes that migration to Europe will increase over the next decade.

In the study’s baseline scenario, 3.4 million immigrants from neighbouring regions will flow into the EU as well as the UK, Norway, Switzerland, Liechtenstein and Iceland by the end of the decade.

The majority of them are expected to come from Africa and the Middle East.

“The main reasons are the huge income gaps with the countries of origin, fragile state institutions, state collapse, climate change, natural disasters and armed conflicts,” argues Professor Michael Landesmann, a co-author of the study and an economist at wiiw.

The Vienna Institute examined migration flows to Europe between 1995 and 2020 in terms of causes and patterns.

Based on the results, various scenarios were calculated up to 2030. The conclusion: even in the event of a positive economic development scenario in Africa and the Middle East, around 2.9 million people from these
regions will arrive in Europe within the next ten years.

If immigration policies are relaxed, this figure could rise to 4.7 million.

“However, to conclude from this that we should continue to build Fortress Europe would be a mistake,” says Landesmann, referring to the study.

Even with stricter immigration regulations, 2.5 million people are still likely to make the journey. In addition, the problem of illegal migration could worsen.

“And in the event of increased political instability and intensified climate change in the countries of origin, we expect almost four million migrants – regardless of how restrictive we make immigration in the EU,” states wiiw economist Isilda Mara, another co-author of the study.

In recent decades, parts of Central and Eastern have already experienced a steeper decline in their working-age populations than any previously recorded outside of a war or famine.

Of the ten countries globally which will, according to the United Nations, see the largest decline in their populations over the next decade, five are EU member states located in Central and Eastern Europe: Bulgaria, Croatia, Latvia, Lithuania and Romania.

The scale of this population decline in many parts of the EU is widely acknowledged, and plays an important role in public debate.

The Croatian prime minister, Andrej Plenković, for example, has described depopulation in EU-CEE as an “existential problem”.

Although this translates into demands for higher immigration from some sources (notably businesses, even in countries particularly opposed to immigration), many in the EU do not react to population decline in this way.

Ivan Krastev, for example, a political scientist and the chairman of the Centre for Liberal Strategies in Sofia, Bulgaria, has argued that population decline actually reinforces anti-immigrant sentiment in parts of the EU, by creating a fear that ethnocultural majorities will be lost.

One muted alternative to addressing labour shortages via higher immigration is the s0-called  ‘Japan’ scenario, whereby immigration is kept at very low levels and labour demand is met by higher participation rates and automation.

However, while wiiw’s study points out that this may be possible in part, the idea that labour shortages can be solved without immigration is “quite fanciful”.

“Many of the jobs that are likely to be most in demand in the future, for example in old-age care, will be difficult to automate.”

Managing immigration together with Africa

The EU should respond to this challenge with a comprehensive strategy that relies in particular on a close partnership with Africa to manage migration, the study recommends.

In this way, the EU’s economies would get the workforce they need, while a controlled influx would not overburden the population. People from Africa and the Middle East should also be given the opportunity to train in Europe and return after a certain period of time to boost the economy at home.

Money transfers should also be made easier.

In addition, the study’s authors advocate being better prepared for future conflicts and environmental disasters in regions neighbouring the EU.

“The EU should provide more money for decent living conditions of refugees near conflict zones, and above all set aside resources that can be deployed quickly to support poorer countries that experience a rapid increase in refugee arrivals due to unforeseen events,” says wiiw’s deputy director, Richard Grieveson.